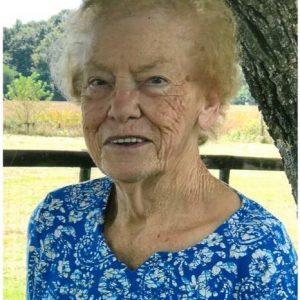 GLASGOW – Norma Leigh Johnson, age 88, passed away Saturday, April 21, 2018, at her home. Born in Hardensburg she was the daughter of the late Samuel Walton and Ollie “Ola” Tabor Payne. She was a homemaker and member of the Savoyard Baptist Church.

Besides her parents, she was preceded in death by her two husbands, Dee Johnson and Bro. Leonard Robbins; a sister Virginia Helen Tennis; and a great grandson, Bo Kendrick Robbins.