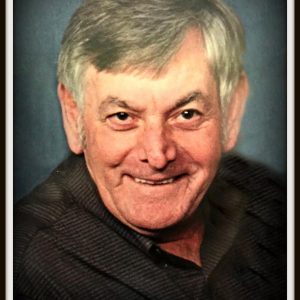 James Roland Lobb, 80 years old of Glasgow, departed this life on Wednesday, April 18, 2018 at The Medical Center in Bowling Green. Roland passed peacefully surrounded by his family. His strong will to live and unwavering faith in God, along with the love and prayers of family, friends and many supporters, carried him through three months of hospitalization.

He was born in Barren County on March 31, 1938 to the late Roger and Ella Jewell Vance Lobb. Later, he met his loving wife of forty-four years, Grace Aileen Cassady Lobb, and they raised three children together. Roland was known for his ease in friendship, with even strangers, and his contagious smile that would lighten your day. Throughout his life, he won the hearts and trust of many, who are changed by his witness and constant love and faith. He will never be forgotten for his signature gift of joy, his constant smile, laughter and joking around. Roland loved farming, driving a school bus for the Barren County School System for many years, and in the summers driving a tour bus at Mammoth Cave National Park. He served as a deacon at Rolling Hills United Baptist Church.

Besides his wife, he leaves to honor his memory— one son, Michael Shirley of Nashville; two daughters, Tywanna Childress (Bruce) of Bee Spring and Kayla Warren (Mike) of Johnson City, TN; one grandson, Craig Childress (Jessica Hogan); two great grandchildren, Brooklynn and Cayleb; one sister, Willa Dean Brown of Park City; one sister-in-law, Eleanor Lobb of Smiths Grove and many more beloved family members. He was also preceded in death by two brothers, Kenny and Leon Lobb, and one grandson, Keith Childress.

Interment will be in Walnut Hill Cemetery in Park City.