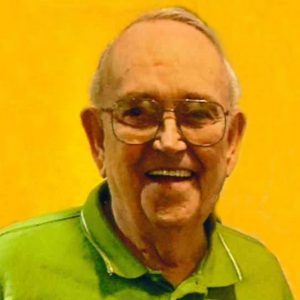 ANDERSON, IN – Richard Hope, age 82, went home to be with his Lord and Savior Jesus Christ on April 13, 2018 with his daughters by his side.

Richard was born December 14th, 1935 to Malcolm and Lucille (Perkins) Hope in Summer Shade, KY. He was a 1954 graduate of Anderson High School, he was a machinist in the U.S. Army and stationed in England until 1956. He worked at East Side Dairy, he was a tool and die maker at Guide Lamp for 40 years and a member of the UAW-CIO Local #663. Richard was a member of the Crossroads United Methodist Church, Alexandria Masonic Lodge, Scottish Rite Valley of Indianapolis, and the Fairmount American Legion.

Richard’s family would like to thank Dr. Anthon Hill, Dr. Armand Gallanosa, St. Vincent Hospice, and Primrose Memory Care staff for all their care and concerns.

Service will be at 2:00 P.M. Thursday, April 19th at Brown-Butz-Diedring Funeral Service & Crematory with Pastor John Hackney officiating. Burial will be in Anderson Memorial Park Cemetery. Friends may call from 12:00 – 2:00 p.m. on Thursday at the funeral home. Memorial contributions may be made to the Alzheimer’s Association or Crossroads United Methodist Church.