It’s been a month since David Sammons got the letter, and he’s still not quite sure what to do. He’s no stranger to a bad year; he’s been farming in Horse Cave since 1982 and has seen good times and troubled ones. “We lost $90,000 in 2009,” he says. “It makes you stop and wonder, ‘what the heck am I even doing this for?’”

But the current dilemma feels different. 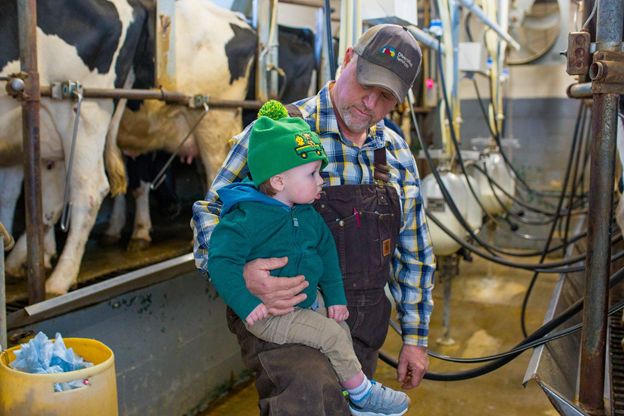 TWO GENERATIONS of the Waldridge family ended their family’s 40-year old dairy operation
on March 25. While the family enjoyed success for decades, industry changes andskyrocketing
costs will deny the younger generation the opportunity to continue the business. Photo courtesy of Erin Waldridge.

Dean Foods, the primary buyer of the milk Sammons and his wife Bonnie produce at Forever Farms, home to 250 dairy cattle, has announced that they’ll no longer be taking any after June 1. Some 30 Kentucky farmers got the same news, and it’s just the latest blow to a sector that was already struggling.

Unlike producers of shelf-stable commodities, dairy folk obviously can’t just hold on to their product till the price goes up. And the price, at the moment, shows no signs of doing that. Demand is low, supply is high, and super-sized producers such as Borden, with their economies of scale, have been squeezing out smaller ones for decades.

“Milk is cheaper than water at Wal-Mart right now,” says Sammons. After hovering around $16 per hundredweight in 2017, milk prices have slumped another couple of dollars this year; meanwhile, the farmer’s cost to produce that amount is about $22. Wal-Mart’s plan to open a major milk processing plant in Indiana is considered by many to be a likely factor in the Dean’s decision.

“Kentucky dairy farmers are facing one of the most difficult times in recent memory,” acknowledges Kentucky Department of Agriculture Commissioner Ryan Quarles. “From the moment I learned of this problem, my office began discussions with key stakeholders and industry leaders. My office is currently working with the Kentucky Dairy Development Council to search for new markets where our dairy farmers can sell their product.”

Monroe County farmer and Dairy Development Council representative Mark Williams isn’t at all sure that those new markets will come fast enough to make a difference for smaller milk producers. “It’s not going real well,” he says. “I was at a sale barn at Smith’s Grove and they were selling a couple of herds…Everybody’s in the same shape as we are. One herd sold out a month ago. And what kills people is that even to sell out and quit, cattle prices have dropped.”

That’s the dilemma facing Sammons and others like him. “Our special little niche has been taking really good care of our cows and having a sale every three or four years, and we were able to get $2400, $2600 apiece,” he says. “Now a dairy cow sells for $800. If I have to sell right now, I’ll be taking a $250,000 loss; like all farmers, that’s our retirement we’re talking about. I really don’t want to liquidate my assets for a third of what they’re worth.”

Kentucky is the 27th largest milk producer in the US, and in our region, only Barren and Metcalfe make it into the state’s top seven milk-producing counties. But even in Monroe County, where five family dairies showed up for last year’s county fair, and in Hart, which had 200 dairy farms within Sammons’ memory and now has eight, it’s always been more about the lifestyle and the excellence.

“Consumers are better served if they want low prices, which does seem to be what people want, but our society is losing part of its fabric,” says Sammons. “We started with 40 cows. I don’t think that would be possible for young people now. There will be jobs in dairy going forward, but most of them will involve working for the big places.”

The very nature of that work is changing; Barren County dairy Malvern Hills installed the first robotic milking system in the state in June 2017. The trend toward bigger and bigger producers is one that won’t be easily countered.

“We dairymen are our own worst enemy,” writes second generation dairyman H.H. Barlow III of Barlu Farms near Cave City. “In 1997, the U.S. had 112,000 dairy farms with 9.4 million cows annually producing 155 billion pounds of fluid milk. In 2017, we only had 40,000 dairy farms with the same 9.4 million cows producing 215 billion pounds of fluid milk. That’s a 39% increase in production with the same number of cows. We do a much better job of caring for and managing our cows today, plus gaining major advantages in cow nutrition and genetics. Our improved production has not improved our financial situation.”

Congress and the USDA adjusted the Margin Protection Program payments for dairy earlier this year, but price supports are not overwhelmingly popular in the current political climate.

“The dairy industry has been hit particularly hard as milk prices fell and left farmers with incredibly slim margins to try to continue operating,” said Congressman James Comer (R-1st Congressional District) in an emailed comment. “Earlier this year Congress took steps to try to strengthen existing federal dairy programs. I look forward to continuing that work to provide security for not just dairy farmers, but all farmers, ranchers and rural Americans as we move toward a new Farm Bill.” Past Farm Bills have been widely criticized for helping to create the current situation by funneling subsidies to big producers.

Barlow favors creating “a national board of individual dairymen where each dairyman stands independently and does not bow to the rule of high powered corporate leaders and co-ops. This board could meet quarterly to evaluate the previous quarter’s production and sales and establish production limits to meet sales. This board should be elected regionally with each dairy having one vote with absolutely no block voting.”

Any solution had better come quickly to help Sammons and others in his situation.

“We’ve had a good career and been very successful until right now at the end,” he says.

“We’ll be alright, although if you talked to me the day I got the letter or the day I have to sell these cows…that would be real hard. But there are young people who got those letters whose whole career is being taken away by a decision made in Dallas, and that’s just not the right way to solve the problem, not when others who do a much worse job are still selling. Capitalism…it’s great when it works. But sometimes it can be ugly when it comes to your door.” 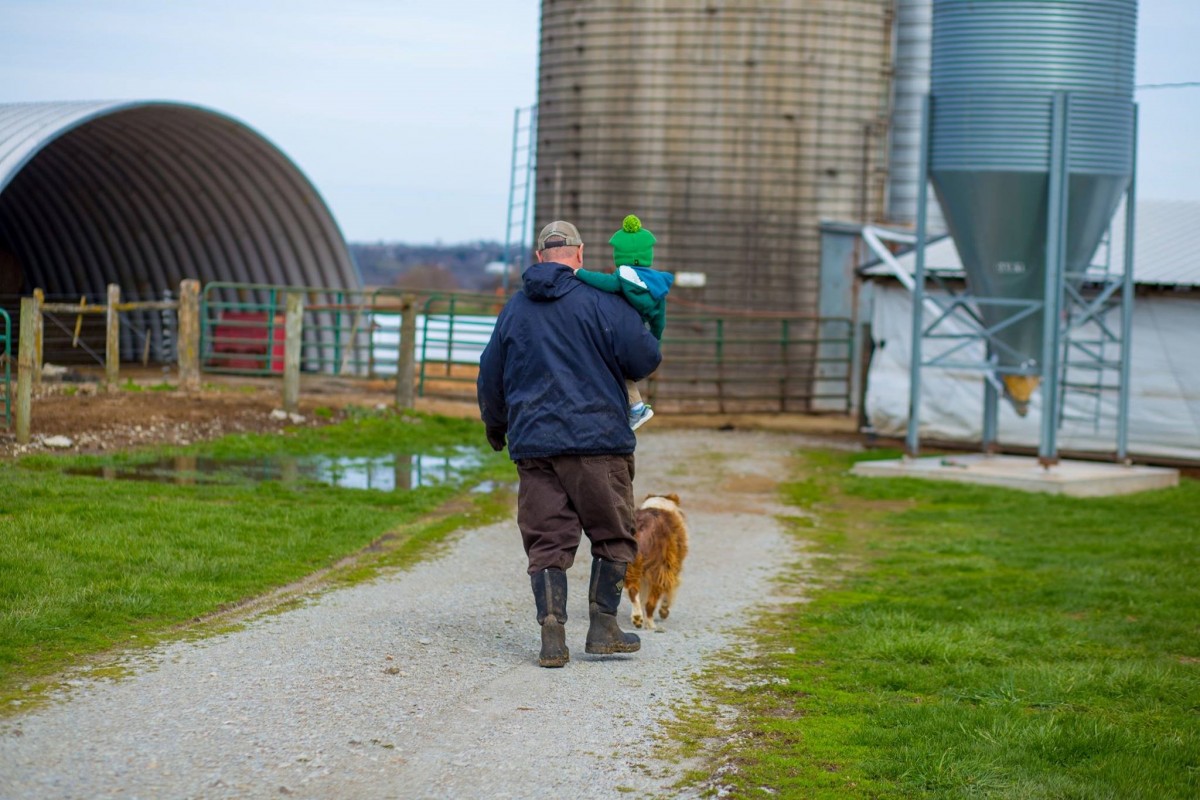 THE UNITED STATES had 112,000 dairy farms in 1997; only 40,000 of them remained in 2017. While southern Kentucky has been heralded as dairy farm center, most counties have only a few small family dairy farms still in operation. Photo courtesy of Erin Waldridge.