A $22 billion state spending plan that would restore some funding cuts proposed by the governor while ensuring that Kentucky fully funds its public pension systems has received final passage in the House after being approved by the Senate earlier today.

Pension funding is where most of the new spending in HB 200 would go, with billions of dollars slated to fully fund Kentucky’s public employee and teacher retirement plans over the next two years. Additional dollars in the legislation include $59.5 million next fiscal year to cover health insurance for some retired teachers who are not yet Medicare eligible, among other provisions.

While the budget still includes 6.25 percent baseline cuts for most state agencies as recommended by the governor, a few agencies—including the Department of Veterans’ Affairs, Kentucky State Police, and local school-based Kentucky Family Resource and Youth Services Centers, or FRYSCs—will have their funding restored. The FRYSCs alone will receive an additional $4.1 million in state dollars this fiscal year and $9.7 million in each of the next two fiscal years to restore their proposed cuts.

For K-12 education, HB 200 would boost base per-pupil funding for K-12 education, or SEEK, to a record level of $4,000 per student in each fiscal year. It would also increase school transportation funding to $127.8 million in each year of the budget cycle to help meet the pupil transportation needs of Kentucky’s school districts. And it would add over $10 million next fiscal year to help 31 school districts replace lost revenues following a drop in the assessment on unmined coal, among other provisions.

For postsecondary education, HB 200 in its final form includes more than $227 million for need-based scholarships and grants. It also adds $62 million over the biennium in state funds for the Postsecondary Education Performance Fund which is designed to modernize how the state funds its public colleges and universities, as well as provide millions of dollars in funding for other higher education needs.

HB 200 also includes more than $60 million in new revenue to help implement proposed adoption and foster care reforms including more than $23 million for placement of foster children with relatives, tens of millions of dollars to hire more social workers and increase social worker salaries, and at least $5 million for kinship care.

Additional funds for public safety are also found in the bill, which would appropriate over $85 million in federal funds to support victims of crime programs. Yet other provisions would add $10 million to hire 94 additional Youth Workers for the Department of Juvenile Justice and around $6 million to hire more prosecutors, along with additional funding in other areas.

Public libraries would also get a boost in the bill, which would add over $8.5 million in state funds in direct local aid for the institutions. And KentuckyWired – the state’s open-access broadband network now under construction through a public/private partnership – would receive no state General Fund appropriations but would receive over $70 million in non-governmental expense (NGE) spending authority over the biennium to continue work that project.

Senate Appropriations and Revenue Committee Chair Christian McDaniel, R-Taylor Mill, said HB 200 would provide a structurally balanced budget for the first time in more than two decades. He did, however, admit that its passage is a “hard process.”

“I have no doubt that 123 years ago it was designed to be a hard process,” McDaniel said. “But ultimately we have to come together and do what’s best for the commonwealth and for 4.3 million people who count on us to ensure the appropriate functions of their government continue.”

Senate Minority Floor Leader Ray S. Jones II, D-Pikeville, stood to speak against HB 200. He said he was concerned about reductions in higher education funding and the lack money for safety measures in secondary schools. “It is still a bad budget that does not fund education as it should be,” he said. “It does not meet the needs of the state.”

Also speaking in opposition to the bill in the House was Rep. Jim Wayne, D-Louisville, who said the 6.25 percent cuts to most agencies that remain in HB 200 combined with certain other provisions in the bill will “continue to hurt Kentucky.”

“We can do better than this,” Wayne said. “Collectively, we have to agree that we’re on a mission to invest in this great Commonwealth, not disinvest.”

House Appropriations and Revenue Chair Steven Rudy, R-Paducah, said the free conference committee appointed on March 22 by the House and Senate to reach agreement on HB 200 listened to Kentuckians when drafting the legislation.

“A lot of hard work, a lot of compromise, has gone into it,” said Rudy. “We listened … to the concerns in the areas from the people across the Commonwealth and tried to craft the best document for the taxpayers, and the citizens, and those who are involved in state government.”

Kentucky prohibits its state budget revenue from being included in its spending bills, so the revenue for the next two-year state budget is approved separately by state lawmakers. The funding required to carry out the appropriations in HB 200 is found in HB 366, which also received final passage in the House today. That bill passed on a final vote of 51-44 after clearing the Senate on a vote of 20-18.

HB 200 now goes to the governor to be signed into law. If the governor vetoes the bill, the General Assembly can override that veto when it returns to Frankfort to conclude the session in mid-April after a brief veto recess. That recess is scheduled to begin tomorrow. 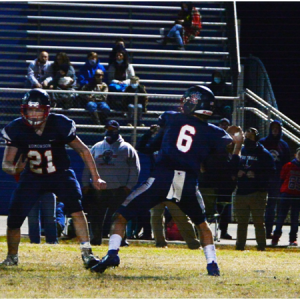 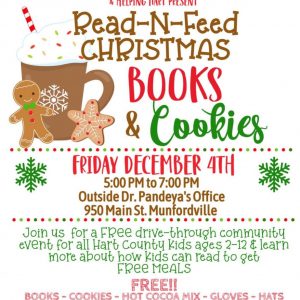