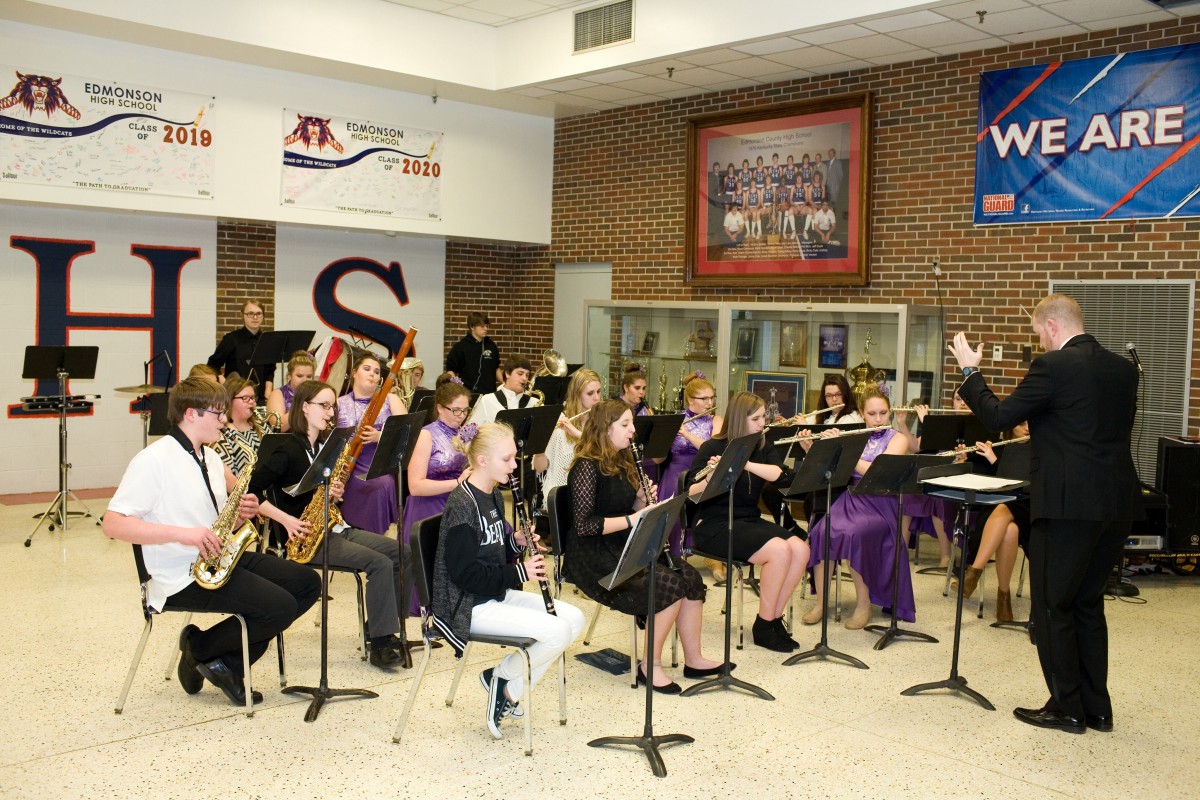 March is definitely something to celebrate about. The Edmonson County High School Band is ready for their upcoming season.

A mixture of beautiful music and performances were presented during the second annual Concert Festival Preview and spaghetti dinner fundraiser on March 22. The Edmonson County High School Band is ready to start their band season on the right footing. The evening consisted of performances by the band and the Edmonson County Winter Guard.

The reason for the performances is to give both groups the opportunity to perform outside of their comfort zones. It is also used by band director, John Woods, as a test performance before taking the band to the Kentucky Music Educators Association (KMEA) Concert Assessment. This year’s KMEA Concert Assessment will take place in Van Meter Auditorium on the campus of Western Kentucky University. The Edmonson County High School Band is scheduled to perform on April 12 at 3:15 p.m.

Winter Guard Director Autumn Berry explained the performance by the Edmonson County Winter Guard is a chance for those in the community to see this year’s show before taking it to the Southeastern Color Guard Circuit’s (SCGC) championships at Western Kentucky University. The Edmonson County Winter Guard along with Berry and assistant directors Amy Tanner and Jesse Katzman have been preparing this year’s show since early December. Throughout the season the EC Winter Guard has competed against schools from Kentucky, Tennessee, Mississippi, and Alabama.

She added, “this year’s goal is to break 80 and leave championships with a top three finish. Championships will be held in Diddle Arena on April 7. The contest performance schedule will be released by SCGC on March 28.

Upcoming events for the Edmonson County Band includes the Band Together 5K Fun Run/Walk at 9 a.m. on April 14. The 5K will be held at the Chalybeate Springs Sports Complex on Chalybeate School Road. Sponsors include Edmonson Drug, Royal Music Company, Graves Gilbert Clinic, Marpe’ Therapy Services, and Active Day of Brownsville. All of the proceeds go to the Edmonson County band program, which is grades 6-12. 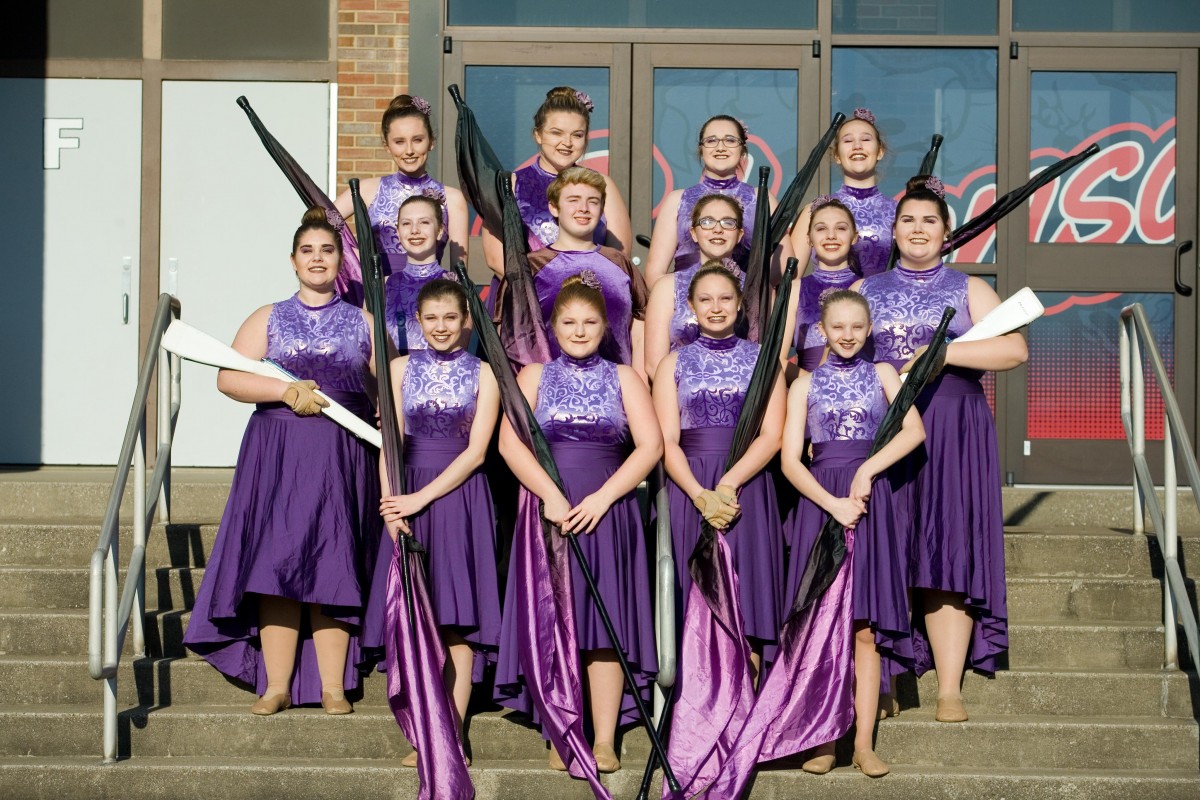