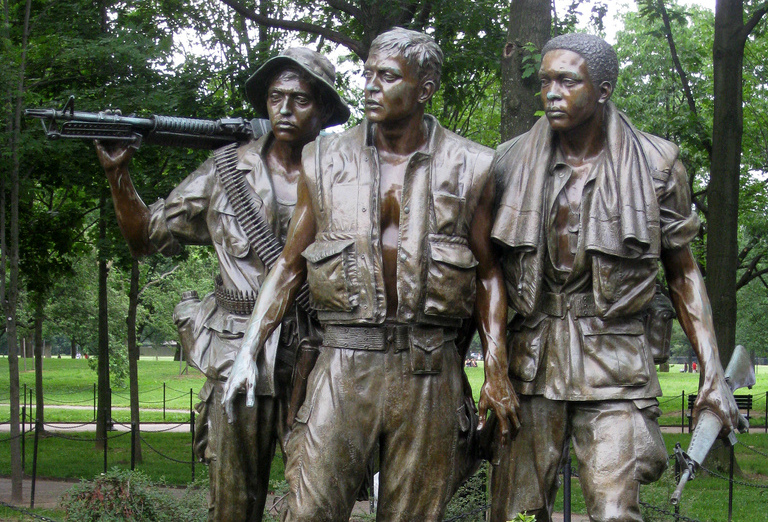 The Three Soldiers, a bronze sculpture by Frederick Hart represents the diversity of the US military by including a Caucasian, African American, and Latino American. The statues face the Vietnam Wall Memorial

Thursday, March 29th is National Vietnam War Veterans Day. The date was made official in 2017, by the President of the United States and recognizes the sacrifices that veterans and their families made during the Vietnam War. It is a day to honor the men and women who served in that war.

National Vietnam War Veterans Day has been celebrated by several states since 1973 on either March 29th or March 30th; however, March 29th was thought to be a more appropriate date because, that is when the last prisoners of war (P.O.Ws) were returned to the U.S and when all combat troops were withdrawn.

The U.S Department of Defense, lists over 8 million U.S troops serving all over the world during the Vietnam War. Of those 8 million soldiers, sailors, airmen, and marines, over 58,000 of them lost their lives. The department archives list 1,056 of those servicemen lost as being from Kentucky.

The Vietnam War was a difficult time for the United States and many veterans did not get the proper recognition they deserved for their service, which is why commemorating this holiday is so important.