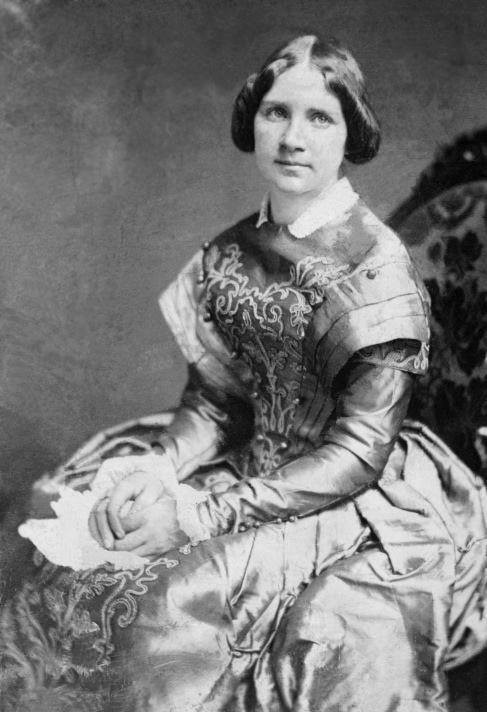 Jenny Lind in 1850, a year before her tour of Mammoth Cave.

“Lind Mania” was the term the American press used to describe the immense popularity of Jenny Lind as she traveled through the country on a tour that included Kentucky’s cave region. Known as the “Swedish Nightingale,” Lind was highly regarded as a vocalist of immense talent whose celebrity was further enhanced by the promotion of P.T. Barnum.

Enamored with Lind, P.T. Barnum mortgaged his commercial and residential properties to raise enough money to bring the singer to America. Barnum told the New York Herald, “so anxious I am that the United States should be visited by a lady whose vocal powers have never been approached by any other human being, and whose character is charity, simplicity and goodness personified.” While Lind was little known prior to the American tour, she was a household name by the time she arrived in America, thanks to the enthusiastic writing of as many as 26 journalists on Barnum’s payroll.

Arriving in New York City, Lind was greeted by more than 30,000 cheering admirers. She traveled by private train car to perform in Boston, Philadelphia, Washington, D.C., and Richmond, Virginia. She then boarded a ship to Charleston, South Carolina for concerts before heading to Havana, Cuba and then to New Orleans. Tickets for her thirteen New Orleans appearances were in such demand that they were sold at auctions to which admission was charged. Lind’s next stops included Natchez, Memphis, St. Louis, and Nashville. From Tennessee, the entourage traveled north to visit Mammoth Cave and then continued to Louisville, Cincinnati, and Pittsburg.

Not only did Americans want to hear the soprano, they eagerly sought anything with a connection to their visitor. “Jenny Lind” beds were patterned after one she slept in; ladies’ hats, gloves, dresses were fashions similar to hers; her image was mass-produced on lithographs hanging on parlor walls and sheet music played on the family piano; paper dolls were made in her image and their clothing was copied from the singer’s wardrobe. 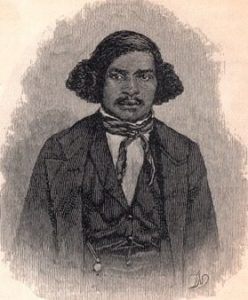 On March 31, 1851, Jenny Lind and her entourage enjoyed a tour of Mammoth Cave led by the most famous of African American cave guides, Stephen Bishop. Known for his showman-like demeanor, Bishop was termed “The Prince of Guides” by a member of Lind’s touring party. Inside the cave, Lind sat in the Devil’s Armchair in Gothic Avenue and it has since been known as Jenny Lind’s Armchair in commemoration of her visit.

Contrary to popular belief, the singer did not perform in the cave, a fact that has been confused because she later performed at the Mammoth Cave Slaughterhouse in Madison, Indiana. 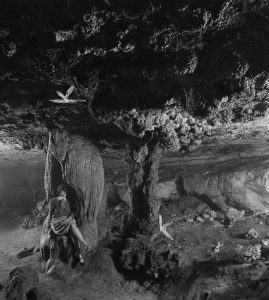 Known since 1851 as “Jenny Lind’s Armchair,” the formation in Mammoth Cave had been previously known as the “Devil’s Armchair.” This 1930s photograph is of Ceatrice Hunt sitting in the famous seat.

The evening before Lind’s tour of Mammoth Cave, she stayed at the famous Bell’s Tavern in what is now known as Park City (the town has had multiple names: Three Forks, Bell’s Station, Bell’s Tavern, Glasgow Junction, and now Park City). At the time, William Bell’s hostelry was known for its fine hospitality which typically included his famous concoction, “Peach & Honey,” a blending his peach brandy and honey. William Bell died about two years after Lind’s visit and the tavern descended to his widowed daughter-in-law, Maria Louisa Gorin Bell, daughter of Franklin and Louisa Underwood Gorin. The widow Bell later married George M. Proctor and they operated the inn until it burned circa-1859. Efforts to rebuild were halted by the Civil War and never resumed, leaving the limestone “ruins” to become the centerpiece of the town’s park.

Lind performed 93 concerts in America, earning about $350,000 (which translates to about $10 million today). Unlike modern entertainers, Lind’s purpose wasn’t personal gain, but something far more lasting: endowing free schools for all in Sweden. She also donated money to selected religious charities in America. Barnum netted about $500,000 (around $14.2 million today) before Lind ended the tour and returned to Europe. 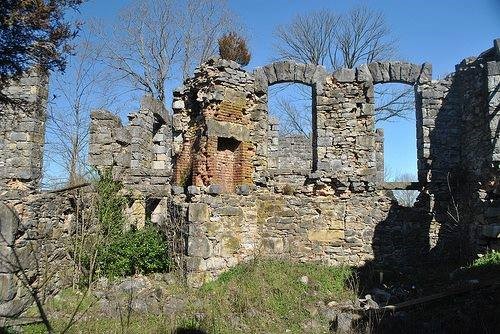 The ruins of Bell’s Tavern which was never completely rebuilt following a fire in 1859.