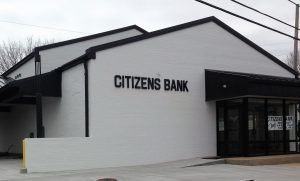 Workers are putting the finishing touches on the complete renovation of the historic bank which will open as Citizens Bank on April 2.

The Hiseville community in northern Barren County is experiencing something of a banking renaissance with the opening of Citizens Bank on April 2. Eight years ago, residents of the area were shocked and saddened to see their historic bank close its doors after 107 years of service. Most considered it the end of a convenient and trusted service, a sign of the times with frequent mergers, ever-changing names, and distant ownership.

For enterprising financiers with a finger on the pulse of rural, agriculture-based Kentucky communities and their unique needs, the Hiseville area was ripe for the rebirth of financial services, says Wes Dickson, a Vice President of Citizens Bank. While Hiseville’s population of 240 hasn’t changed dramatically since the last census, keen observers noted that the community attracts business from every direction and extending into adjoining Hart and Metcalfe Counties as well as nearby Green County.

“The roots of agriculture run deep in this area and Citizens Bank is in tune with the needs and challenges of our farming community,” said Vice President Sandra T. Ross, who will be part of the staff of the bank. She added that while Hiseville may be a small community, it is a thriving business center that touches nearly every person in a wide radius – from local businesses, to the school, and churches – and a local bank is an obvious need in the community. 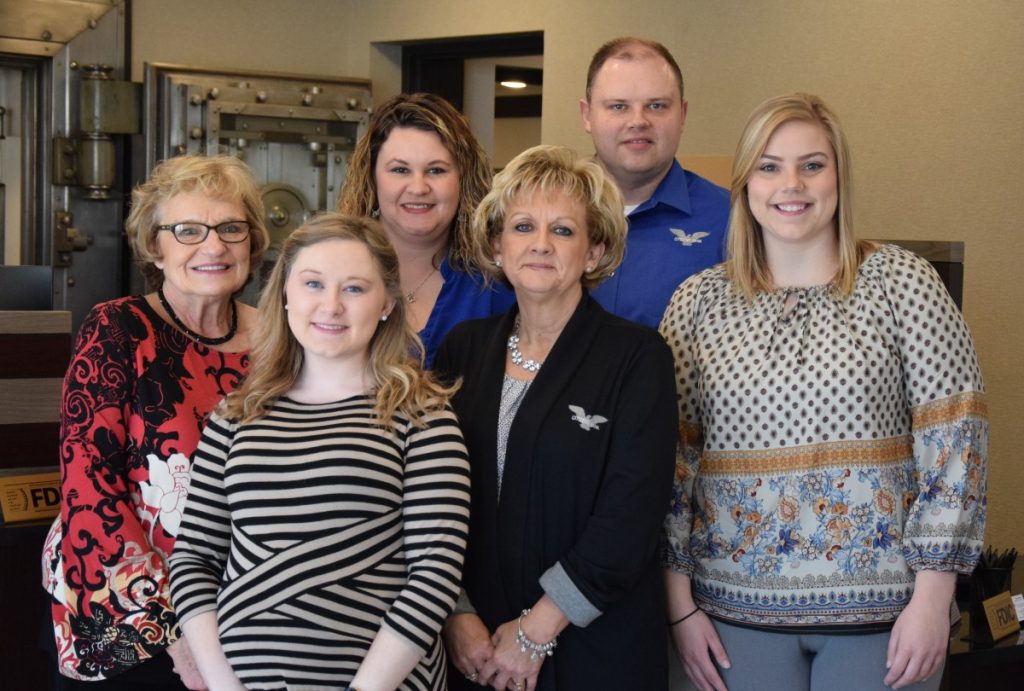 Citizens Bank in Hiseville will be staffed with a team of financial professionals included, standing on the back row from left to right – Sandy Ross, Holly Bragg, and Wes Dickson. Standing on the front row – Megan Morrison, Peggy Jewell, and Ellen Metcalfe.

David Hawkins, President and CEO of Citizens Bank, said he and the bank’s board determined they would bring banking back to the area. “We’ve made a sincere commitment and a significant investment in this community because we recognize the need for banking services in rural areas,” Hawkins said.

Known as Citizens Bank since 1914, the bank was owned by the John Crowe Riley family of Hartford in Ohio County for a century. In 2014, the bank was sold to a group of investors headed by Hawkins and committed to community banking in rural Kentucky. Citizens Bank’s historic home base remains in Hartford while it also operates a full-service banking center in Munfordville. The Hiseville location is Citizens Bank’s third location.

At the time of the bank’s sale in December 2014, Citizens Bank had assets of $26 million. Now just over three years later, the bank boasts of $81 million in assets. Bauer Financial, one of the country’s foremost bank evaluation organizations, has awarded Citizens Bank a 5-Star Rating, the highest rating possible.

On Monday, April 2, Citizens Bank will officially open its bank in Hiseville with a public ribbon cutting at 8:30 a.m. In addition to bank officials expected for the occasion, the staff of the Hiseville location will be on hand to begin business at 9 a.m. The staff of the bank includes Vice Presidents Wes Dickson and Sandra T. Ross who are joined by Holly Bragg, Peggy Jewell, Ellen Metcalfe, and Megan Morrison.

Citizens Bank is a full-service bank offering deposit accounts, all types of loans, safety deposit boxes, and a convenient ATM for after-hours service. 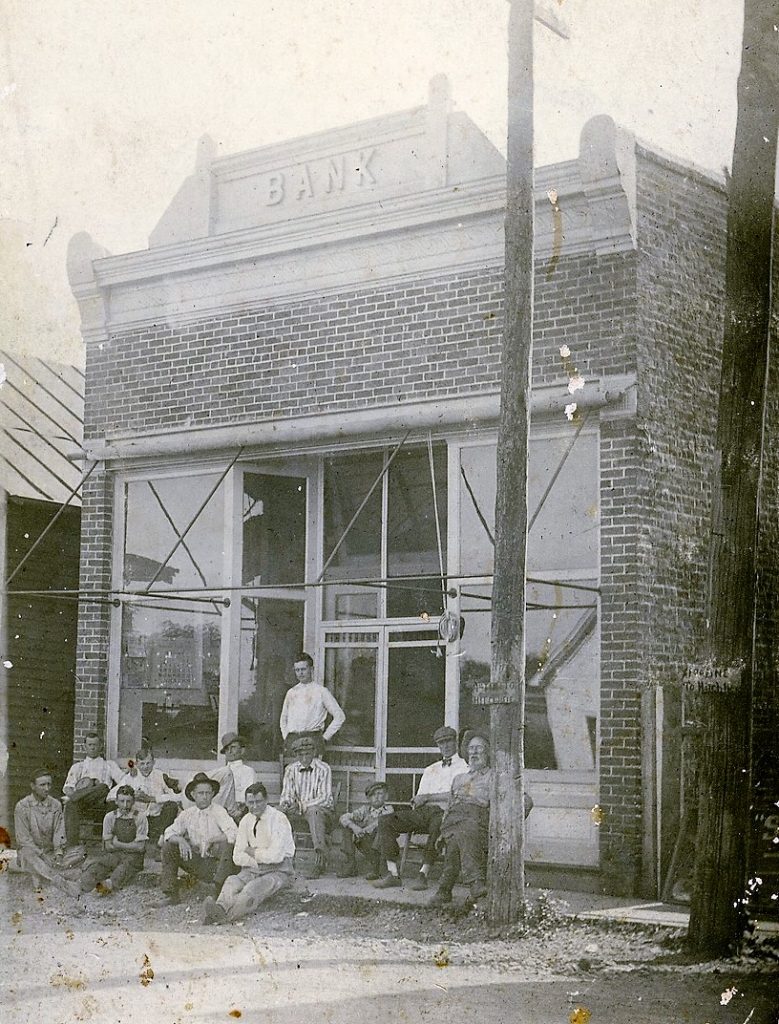 Hiseville Deposit Bank as it appeared in 1910, six years after its opening.

The opening of Citizens Bank begins a new chapter in the history of the Hiseville community, but it is a chronicle already brimming with a rich heritage. Patrons will find the “new” bank housed in the “old” bank situated on its original corner of Hiseville’s single 4-way stop. The building’s appearance has changed many times over the years and the exterior has now had another facelift of sorts in preparation for the opening. Inside, customers will find a thoroughly modern bank, fully refurbished from wall to wall and equipped with modern technology to expedite the needs of customers. 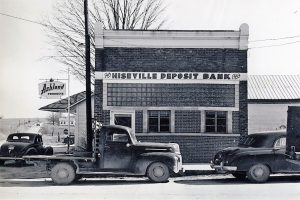 Hiseville Deposit Bank as renovated in 1952.

In its storied past, Hiseville Deposit Bank’s 73-year history included only two individuals at its helm as a state-chartered, independent bank for 69 of those years. R.H. Nunn, a Metcalfe County native who had been a school teacher and Circuit Court Clerk, arrived at the bank in 1906 and presided over the bank’s operations until he retired 42 years later in 1948. In that same year, Hiseville native Samuel E. Terry, began his service with Hiseville Deposit Bank; he served as Cashier until 1964 when he became Executive Vice President, completing 27 years of service before his untimely death in 1975.

Hiseville Deposit Bank made history in 1933 when in the midst of the Great Depression, President Franklin D. Roosevelt called for a 4-day bank holiday, closing the nation’s banks in an effort to allow banks to recover and Americans to regain confidence in the banking system. There were a few exceptions, one being Hiseville Deposit Bank, the only bank in Barren County to remain open during the national financial crisis. By comparison, Glasgow’s five banks – Farmers State Bank, Citizens National Bank, First National Bank, Third National Bank, and Trigg Bank – all closed. Farmers and Citizens were the only banks to survive and emerge as reorganized banking institutions. Hiseville Deposit Bank’s position was long heralded as a source of community pride. 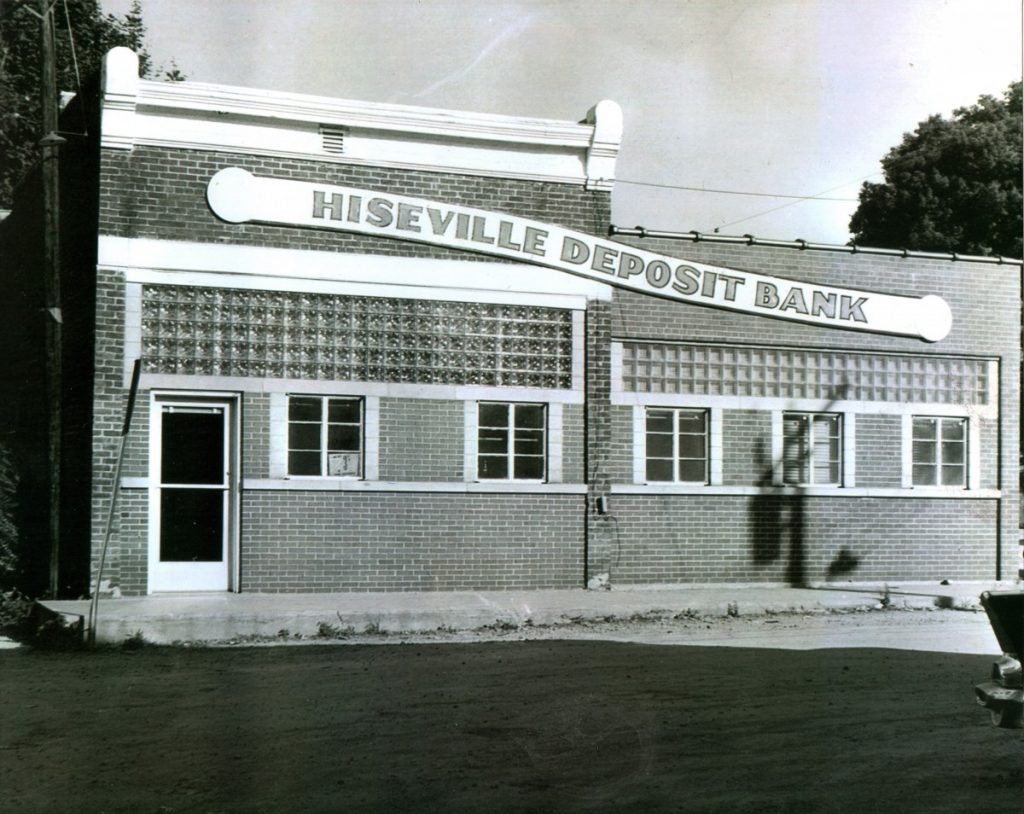