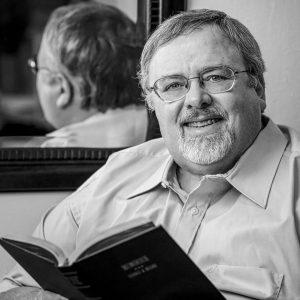 Back in the late 1950’s there were no such things as motorized 3-wheelers and 4-wheelers, so our adventure was on my pedal-powered tricycle. At the time of our little excursion, Harwood Street was graveled and came to a dead end two houses up from our house. Jerry, along with his fraternal twin, Geary, were my next-door neighbors. When I rode in the street, I was restricted to the section in front of the last four houses, which was mostly level, with a slope that began just beyond.

Riding a tricycle on gravel was a bit tricky and bumpy, so I stayed within the car tire ruts, which were worn flat and smoother. Periodically, the street department spread oil on the street which helped with the dust. Because it was tacky, the gravel tended to stick together and the tire ruts were almost like riding on blacktop.

The twins were about 6 months older than me and were always big for their age. I believe we were three or possibly four when this incident occurred. On this particular day, Jerry decided to tag along and jumped on the back for a ride. I was very small back then, so much so, my Dad’s truck driving buddies nicknamed me “Bony Moroni” which was the title of a song that came out in ’57. Jerry outweighed me a bit, so pedaling him around wasn’t easy. Apparently, I couldn’t pedal fast enough to suit Jerry as he kept chanting “faster, faster!” I told him I couldn’t pedal any faster, so he said “let’s go down the hill.”

Now, I knew I would be breaking the rules, but Jerry was my best buddy and I couldn’t say no. At first it was a gentle slope and the pedaling was much easier, so we did go faster. Four houses past my house, the slope got steeper and our downhill momentum increased, but Jerry was still exclaiming “faster, faster!”

Soon, my little legs couldn’t keep up with the pedals, so I stuck my feet out to the side. Free-wheeling down that hill was exhilarating and we just kept picking up speed. Eventually I figured out free-wheeling wasn’t such a good idea as I had no way to slow down or stop, we could only ride it out. In my haste, I failed to consider the hazards, the worst of which we soon encountered. At the bottom of the hill were piles of loose gravel that had been washed down by those frequent summer storms we called gully washers.

We hit the loose gravel at what felt like the speed of light, the result of which was the front wheel came to an abrupt stop. Unfortunately, the rest of the tricycle pitched forward, sending Jerry and me airborne. I landed face first and Jerry landed on top of me, smashing my head into the gravel.

One of our “down the street” neighbors, Clifton Thomas (Tommie) McCandless, witnessed the crash and came to our aid. First, he checked us over for anything broken, then quickly assessed our injuries. I definitely got the worst of it as my forehead looked kinda like raw hamburger, with blood pouring down my face, Jerry on the other had a softer landing and only had some scrapes and scratches.

Mr. McCandless grabbed my hand and with his other hand carried my tricycle. Jerry followed behind, bawling and “snorfeling” as we made our way up the street. Mr. McCandless eventually turned to Jerry and said “oh hush, you ain’t hurt, Clint is the one who ought to be crying!” We got home, Mom cleaned me up and covered my head in Mercurochrome. She said she cleaned rocks, grit and road oil out of my forehead and scalp for several days.

I was always very fond of Mr. McCandless, who was a very kind and gentle man. He had a brace on his left leg and walked with a decided limp, but never complained. My Dad told me he had been severely wounded during World War II and had received the Purple Heart. I recently spoke with his son, Clifton, about his Dad’s service. He served in the 5th Infantry Division, attached to Patton’s 3rd Army as they charged through the German lines to the relief of Bastogne during the Battle of the Bulge. They were nicknamed the Red Diamonds after their distinctive shoulder patches, however, the Germans called them “Red Devils” because of their hard-fighting, never give up reputation, much like the “Iron Brigade” and “Tar Heels” during the Civil War. Under heavy mortar fire, his unit was ordered to lay down, however he said for some reason his legs wouldn’t cooperate. At that moment, a mortar exploded directly over his head, severely injuring him. Upon checking his helmet, he discovered the top of it was gone. He had a severe head wound as well as shrapnel all down his back, while nearly all the men around him were killed. The fire was too heavy for the medics to carry him out, so they said they’d have to come back after dark. To prevent him from freezing on the ground, they placed him upon another body. They came back as promised and retrieved him that night. Because of his injuries, he had a metal plate in his head and his leg was impaired for the rest of his life.