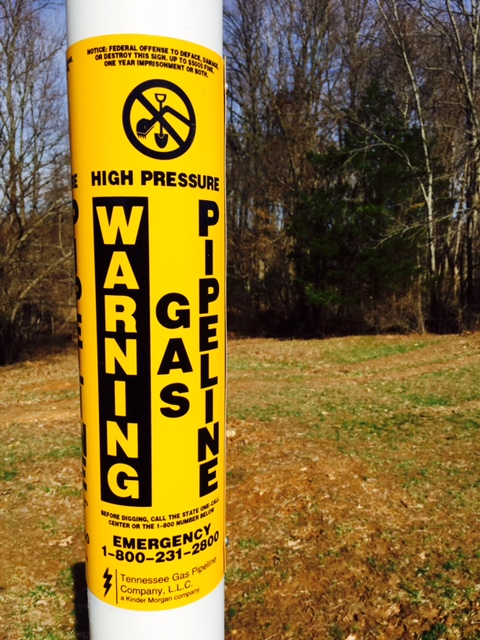 The Federal Energy Regulatory Commission has denied a request for a stay in a case concerning a natural gas pipeline that runs through nearly 50 miles of Barren, Hart, and Metcalfe Counties. In total, the Tennessee Gas Pipeline spans 256 miles in Kentucky from Simpson County on the Tennessee border to Greenup County on the border with West Virginia. Thirty-three miles of the pipeline stretch across Barren County, more than any other county along the route.

FERC, the agency which regulates natural gas pipelines in country, ruled last year that Kinder Morgan could cease using Tennessee Gas Pipeline No. 1 for the transmission of gas. The moved cleared the way for the energy company to move forward with plans to repurpose the pipeline and sell it to another company created by Kinder Morgan in order to move natural gas liquids (NGLs) which are byproducts of fracking operations in the northeast.

Three environmental groups filed a motion for a rehearing of the case, asking for a stay of FERC’s ruling. If granted, a stay would have prevented Kinder Morgan from continuing its plan until FERC decides whether to rehear the case. The groups are the Pennsylvania-based Allegheny Defense Project, Kentucky Heartwood, and the Kentucky Resources Council. In some of the related documents, the three groups are referred to as “Allegheny.”

The Danville Advocate – Messenger reported that on February 20, FERC rejected the request for a stay. While the order specifically notes that the agency has not yet ruled on a rehearing, the stay is not necessary, stating “justice does not require a stay and therefore FERC denies the motion for a stay.”

“In order to support a stay, Allegheny must substantiate that irreparable injury is ‘likely’ to occur. The injury must be both certain and great and it must be actual and not theoretical,” the order reads. “Bare allegations of what is likely to occur do not suffice.”

FERC argued that the groups made “little effort to substantiate a claim of irreparable injury” in the motion for the stay. “Allegheny states that they have ‘members who live, work and recreate along the proposed pipeline route’ and who have ‘been active in community meetings and protests against the pipeline.’ But Allegheny has failed to provide specific information regarding the purported injury inflicted upon their members by the Tennessee Abandonment and Capacity Restoration Project.”

In the original documents filed by the three organizations, they argued that the pipeline project would involve “direct surface and subsurface impacts, and will alter the landscape.”

In response, the order denying the stay states, “These generalized claims of environmental harm do not constitute sufficient evidence of irreparable harm that would justify a stay.”

“In support of its claim of irreparable harm,” the order states, “Allegheny also points to the ‘distinct possibility of leakage and of catastrophic failure’ of the pipeline after it is converted from gas vapor to gas liquids service. But the September 2017 order does not authorize any subsequent use of the pipeline. As we explained, the (FERC’s) ‘jurisdiction over the subject pipeline ends once it is abandoned in accordance with the conditions’ specified in the order.”

Allegheny filed its “request for rehearing and motion for stay of order” with FERC on Oct. 30. The document lays out Allegheny’s arguments that FERC misinterpreted the law and took the pipeline industry’s side over residents’ in its Sept. 29 order allowing “abandonment” of Tennessee Gas Pipeline No. 1.

“(FERC) improperly segmented and limited its review of the impacts of the conversion … thus dodging a complete, rigorous environmental study of the total project impacts,” the Allegheny filing argued. “… (FERC’s) efforts to facilitate (Kinder Morgan’s) repurposing of this natural gas line while limiting its scope of environmental review is precisely why Justice Douglas cautioned that federal agencies ‘are notoriously under the control of the powerful interests who manipulate them through advisory committees, or friendly working relations, or who have that natural affinity with the agency which in time develops between the regulator and the regulated. Just as Justice Douglas used the example of the former Interstate Commerce Commission being overly sympathetic ‘to take the business and railroad view of things,’ so too is the Federal Energy Regulatory Commission overly sympathetic ‘to take the business and (natural gas) view of things.’”

In denying the stay, FERC sought to discredit the claims of the three groups, stating that the
“party seeking a stay is unable to establish that it will suffer irreparable harm absent a stay, the commission need not examine other factors.”

As previously reported in Jobe Publishing’s Barren County Progress, Hart County News-Herald, and Edmonton Herald-News, Kinder Morgan’s plan calls for abandoning one of the four 24-inch pipelines, then selling the line to a company created by Kinder Morgan that will then repurpose the pipeline by reversing its flow to move the natural gas liquids to the Gulf Coast and to do so while increasing the pressure on the lines. The company says it has no plans for testing the lines which were built when there were no standards for pipeline construction.

Opponents of the plan argue that NGLs are more explosive, more toxic and much heavier than natural gas; that Pipeline No. 1 was not built to handle the added load or flow in the opposite direction; and that a leak or explosion could be devastating to local environments and economies along the path of the pipeline.

Critics also cite the age of the pipeline as a concern. Constructed during World War II, the pipeline is nearly 75 years old. Construction methods used in the 1940s were deemed no longer acceptable in the 1960s, more than 50 years ago. Opponents contend that the aging pipes are connected by methods now considered inferior and unsafe by modern standards, noting that Kinder Morgan’s plan offers no testing of the pipeline which will carry NGLs under significantly greater pressure than the current natural gas.

Kinder Morgan’s subsidiary, Tennessee Gas, responded to the motion requesting the stay last December, arguing that FERC should ignore the NGL aspects of the case. 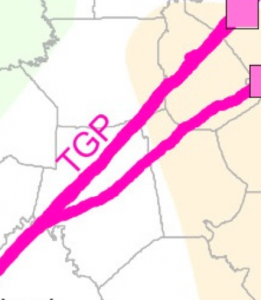 “Much of intervenors’ alleged harm comes from the potential use of the abandoned line to transport natural gas liquids. But as the Certificate Order correctly recognized, (FERC) has no jurisdiction to regulate this activity and could not appropriately place conditions on the operation of a natural gas liquids line even if it wished to do so,” Tennessee Gas argued. Tennessee Gas’ answer asserted that a stay would cause it “substantial” financial damage.

“Tennessee first applied for this project in February 2015. The Certificate order was not issued until two and a half years later in 2017,” the answer reads. “Any further delay can only have an adverse effect on Tennessee and nothing in the Motion for Stay demonstrates otherwise. The truth is that this project has been thoroughly vetted and further delays are unwarranted.”

Despite having approval from FERC, Tennessee Gas has not yet moved forward with the pipeline plan, citing “uncertainty in market conditions” in filings with FERC.

Several Kentucky communities have enacted local zoning ordinances that require a conditional use permit for transporting hazardous liquids. Opponents along the 964-mile route remain hopeful that should the plan move forward in the future, the ordinances would be yet another hurdle for the energy company to overcome. 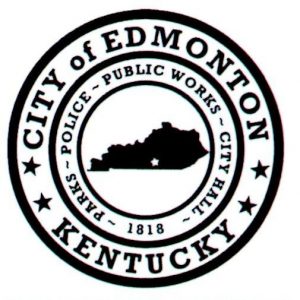