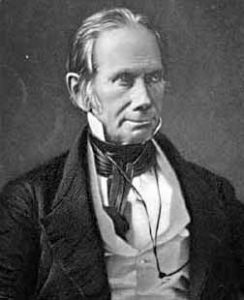 Few Americans today realize that our federal government began operating under the 1789 U.S. Constitution on March 4. While July 4 was our Declaration of Independence from Great Britain, March 4 was the birth of our national government and the date was honored for 140 years as the opening day of Congress and the inauguration of our presidents every four years. Kentuckians were among the most influential political figures throughout much of the 19th century. As such, leaders from Kentucky were frequently in the news of March 4.

On Henry Clay’s first day as a member of Congress – March 4, 1811 – he was also elected Speaker of the House of Representatives. Clay went on to serve the nation in various capacities but is most remembered for his service in the U.S. Senate and his multiple defeats to become the nation’s president. 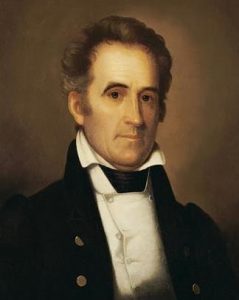 Another Kentuckian taking an oath of office on March 4 was Richard Mentor Johnson of Georgetown, Kentucky. In 1837 he became the country’s 9th Vice President and the first Kentuckian to hold the office. A graduate of Transylvania University, Johnson holds the distinction of being the only Vice President elected by the U.S. Senate.

Johnson campaigned using an embellished slogan of “Rumpsey Dumpsey, Rumpsey Dumpsey, Colonel Johnson killed Tecumseh,” but he fell one vote short of getting the required vote in the Electoral College so the Senate chose the second in command. The vote he lacked was Virginia’s whose delegates opted to ignore the popular vote and refused to vote for Johnson. Ironically, neither of Kentucky’s Senators – Henry Clay and John Crittenden – voted for Johnson either.

While Johnson’s prominence grew so did criticism because of his personal life. His mother succeeded in breaking off his engagement to a woman she disliked and in retaliation Johnson fathered an illegitimate child with the woman. He then inherited Julia Chinn, an octoroon (1/8 African, 7/8 European) slave, belonging to his father. He began in intimate relationship with Julia but law prevented him from marrying her because she was considered black; he considered Julia his common law wife.

Johnson and Julia had two daughters, Adelaide and Imogene, whom he acknowledged and educated; when he died he attempted to leave his estate to them but because they were considered illegitimate and black, the law disqualified them as his heirs. After Julia died of cholera, he began a relationship with another slave but when she gave her attention to another man, Johnson had her sold at auction and began a relationship with her sister. Johnson never married. 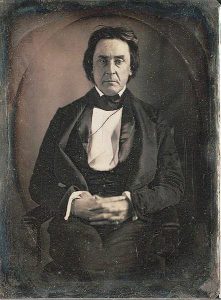 On March 4, 1849, David Rice Atchison, a Lexington native and a Transylvania University graduate, was President Pro Tempore of the Senate, making him third in line to be President. Outgoing President James K. Polk’s administration officially ended on March 3, a Saturday. Zachary Taylor was to become President on March 4 but it was a Sunday and he refused to take the oath of office on the Sabbath, so he did not become President until Monday, March 5.

Many contend Atchison was President for one day – March 4. Exhausted from a hectic schedule, Atchison claimed he slept through most of his presidency and boasted that he caused no woman or child to shed a tear by removing anyone from office during his 24-hour administration. He was 41 years old at the time, making him the youngest person to serve as President. Atchison, Kansas is named for him and the town lent its name to the Atchison, Topeka & Santa Fe Railroad. 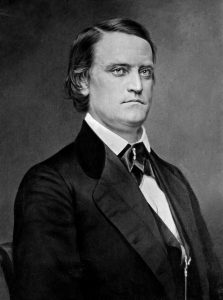 John Cabell Breckinridge, another Transylvanian from Lexington, became the second Kentuckian to serve as Vice President of the United States. On March 4, 1857, he was 35 years old and the youngest person to serve in the position. He lost the presidential election of 1860 to the husband of his distant cousin Mary Todd Lincoln. Breckinridge then became one of Kentucky’s U.S. Senators and held the seat when the country split as a prelude to the Civil War. He came to believe the union of states had dissolved with the secession of several states. Within days of becoming the Confederate Secretary of War in April 1865, Breckinridge concluded that the Confederate cause was hopeless and began laying groundwork for surrender, counseling another Kentuckian, CSA President Jefferson Davis, “This has been a magnificent epic. In God’s name, let it not terminate in farce.” 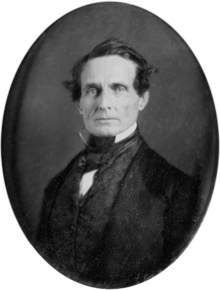 While he was not representing Kentucky, Fairview native Jefferson Davis took the oath of office as one of Mississippi’s U.S. Senators on March 4, 1857. Another Transylvania University graduate, Davis had previously served in the U.S. House of Representatives, the U.S. Senate, and as Secretary of War. In the latter position, he began the transformation of the cramped seat of the federal government from a glorified statehouse into a monumental Capitol. History recalls Davis’s role in the doomed-to-failure Confederacy, yet the U.S. Capitol as we know it today is his most lasting legacy and rarely acknowledged. Davis’s project made the Capitol dome three times the size of the original and constructed of iron rather and wood, new wings on each end of the structure became the chambers of the House and Senate while the old House chamber became the now-famous Statuary Hall. His vision for the massive project also included the creation of the “Freedom Triumphant in War and Peace” statue that tops the dome of the building. Davis served in his last Senate term until January 21, 1861. By the time the well-known statue was put in place, Davis was in a federal prison for his role as leader of the failed Confederacy.

On March 4, 1861, two Kentuckians were in the news – Nicola Marschall and Abraham Lincoln. 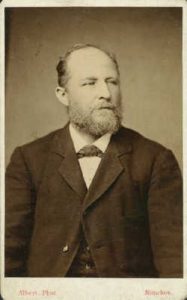 Marschall was a native of St. Wendel, Germany and came to America in 1849 and began teaching art. While he was known as a portrait artist, he took on other artistic tasks, on of which was designing the first national flag of the Confederate States of America and the gray Confederate uniform. His flag design, commonly known as “The Stars and Bars,” was adopted on March 4, 1861; it was the first of a series of Confederate flags and was followed by “The Stainless Banner” and ultimately the more familiar Battle Flag.
Marschall moved his family to Louisville, Kentucky in 1873 hoping that he would gain more portrait commissions in that city than the economically depressed deep south. He painted portraits of Jefferson Davis, Abraham Lincoln, dozens of Confederate and Union soldiers and civilian leaders, and numerous prominent southern families. In 1876, his portrait display won a medal at the Centennial International Exposition in Philadelphia. He is buried at Cave Hill Cemetery in Louisville.

Also on March 4, 1861, Kentucky-born Abraham Lincoln was inaugurated as the country’s 16th President but with little help from Kentucky voters. The November 6, 1860 election pitted four candidates for President with two being from Kentucky and neither of them earned the majority of the state’s votes. Sitting Vice President John C. Breckinridge of Kentucky harvested 53,143 votes. Stephen A. Douglass received 25,651 votes and John Bell carried the state with 66,058 votes. Lincoln, the Republican Party candidate, received only 1,364 votes in Kentucky, the smallest number of votes in his favor in any state recording popular votes. Between Election Day and 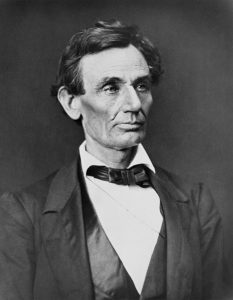 Lincoln’s March 4 inauguration, seven states seceded from the Union. Ironically, Davis’s renovation and expansion of the Capitol including the partially-constructed dome, provided the backdrop for the inauguration. Thirty-nine days later the divided nation was at war.

Lincoln fared better with Kentuckians in the 1864 election when he was seeking re-election, but he still didn’t get the majority of votes in his native state. In that election, 54,000 fewer voters cast ballots due to the on-going Civil War, the self-removal of many Confederate sympathizers, and the proscription or banishing of southern sympathizers from voter rolls. Voters preferred Democratic candidate George C. McClellan by a 2.3 to 1 ratio. Lincoln garnered 27,000 votes in Kentucky or 30.2-percent of the vote, a substantial increase over the 1,364 votes he received in 1860.

On March 4, 1865, Abraham Lincoln took the oath of office as President of the United States to begin his second term. Journalist Noah Brooks wrote, “The sun, which had been obscured all day, burst forth in its unclouded meridian splendor and flooded the spectacle with glory and light” as Lincoln began his inaugural speech. Thirty-six days later Gen. Robert E. Lee surrendered his forces at Appomattox, Virginia signaling the end of the Civil War. Lincoln was assassinated five days later.

Sam Terry’s My Kentucky appears weekly in Jobe Publishing newspapers in celebration of the 225th anniversary of Kentucky’s statehood.  Past columns can be accessed at www.jpinews.com.