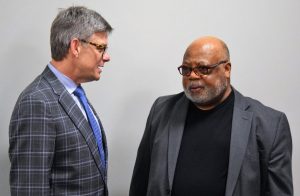 Horse Cave Mayor Randall Curry said his campaign slogan “Values and Vision” doubles as his mantra for service in his community. He explained that his values are deeply rooted as a Christian and play a role in how he interacts with people in his various roles in the community. As for his vision, his personal goal has been to be continually moving forward and that naturally extended to his work “to move Horse Cave forward, and doing it the right way.”

Curry was invited to speak at the regional campus of Western Kentucky University by Chris Robinson-Nkongola, an assistant professor and campus librarian, as part of a series of programs during Black History Month.

Curry shared some recollections from his background and how it has influenced him throughout his 68 years. He said during his years growing up, Horse Cave, as a community, had pockets of small neighborhoods with the L&N Railroad being a line of demarcation occasionally. Growing up on Barlow Hill on the west side of the railroad, Curry said that neighborhood was populated by both black and white people while Henrytown, the adjoining neighborhood, was predominantly a black population. The neighborhoods were anchored by African-American churches and the Horse Cave Colored School. 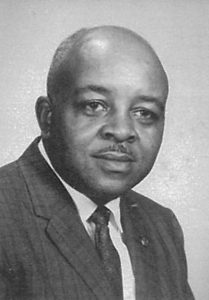 Mentioning the school, Curry noted that the African-American school claimed back-to-back Negro League State Championships in 1944 and 1945 under the coaching leadership of Prof. Newton S. Thomas. Those feats were accomplished after winning 65 games each season by a team that had no gymnasium and only 9 players. He added that the school also had no indoor restrooms and rather than a cafeteria, students could get lunch at one of two small stores nearby. The school had more than 100 students studying in four rooms.

Curry said the work and witness of Prof. Newton S. Thomas and Superintendent Ralph C. Dorsey were key to the success of integration. According to a history of Caverna Schools, the merger had been planned for 1956 but due to overcrowding, occurred in 1957 when the current Caverna High School was built. At the time, administrators anticipated 308 white students and 36 black students in the high school. The old Horse Cave School and Cave City School became elementary schools with an enrollment of 475 white children and 66 black children.

Thomas had been a teacher, coach, and principal of the Horse Cave Colored School for 21 years when integration occurred. He then made history as the first African-American to teach at an integrated high school in Kentucky. Thomas later worked for the Kentucky Department of Education in Frankfort. 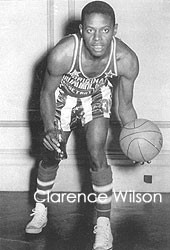 “It’s crucial for our young people to know about the black history of their community,” Curry said. He encouraged the audience to visit www.horsecavestories.com, an online, ever-increasing collection of stories relating to Horse Cave’s heritage. The site includes the stories of notables such as Carl Helem and Clarence Wilson, Horse Cave natives who played for the Harlem Globetrotters.

On a more personal note, Curry recalled the influence of his great-grandmother who lived to be 102 years old and who was born into slavery. He also mentioned the influence of church members, teachers, and others during his young life. While his ancestors included slaves serving their owners, Curry says knowing his heritage has uniquely prepared him to serve his community in variety of ways. He’s the first African-American Mayor of Horse Cave, he served on the Caverna School Board for more than two decades, and more recently he’s served on the Caverna Hospital Board. A complete list of Curry’s involvements reveal work in a wide variety of organizations. 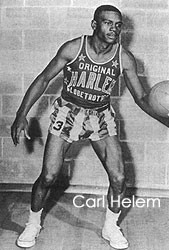 Curry said his service to the community has also aided him personally. “I’ve learned so many valuable lessons by sitting in board rooms filled with people who are valuable to our communities. I’m proud of my Afro-American heritage and the opportunity to give back to my community through service,” Curry explained.

“I wake up every morning and think, ‘I’m Randall Curry, but I’m a servant to others’” Curry said. He added that he hopes he’s an example, “that if you work hard, good things will come to you.”

Curry seized the opportunity to showcase Horse Cave, highlighting bits of local history, the role of tourism, the impact of industry, and some of the challenges the city has faced over the years.