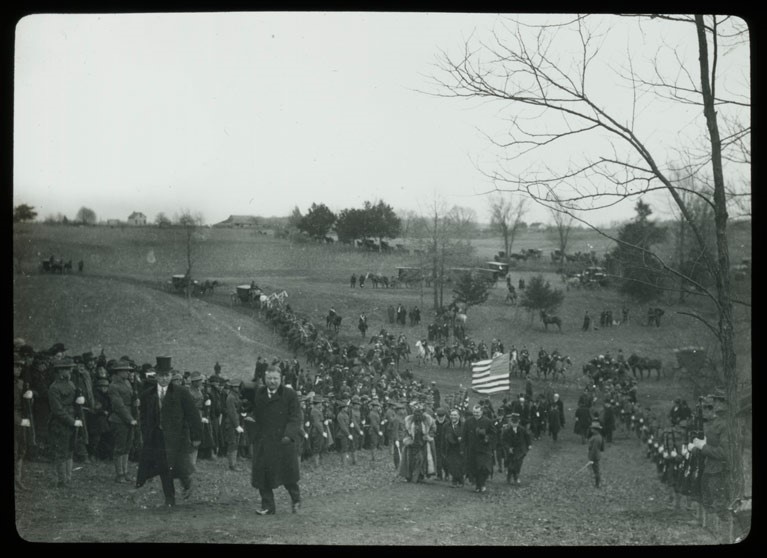 President Theodore Roosevelt, his wife Edith and daughter Ethel arrived in Hodgenville, Kentucky where an estimated 3,000 people awaited their arrival on February 12, 1909. The date was the 100th anniversary of Abraham Lincoln’s birth which was observed with the placement of the cornerstone of the first presidential shrine of its type – one at a former president’s birthplace.

John Russell Pope’s design in the Beaux-Arts style is overflowing with symbolism. Fifty-six steps, one for each year of Lincoln’s life, lead the visitor to a temple featuring 16 windows, 16 rosettes in the ceiling, and 16 fence poles, all in reference to the 16th President of the United States.

While the appearance of the birthplace temple may appear similar to the ancient temples in Greece, Lincoln’s shrine would contain no statues of Athena, Pericles, or other Greek gods. Instead, it would contain the humble mud-chinked log cabin in which Nancy Lincoln gave birth to her son and the only home he knew for the first years of his life. 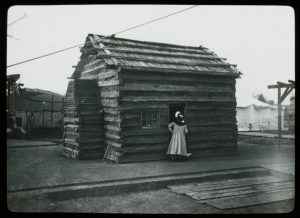 To most, a marble temple to enshrine a reconstructed heap of rough logs was unusual but it served a purpose. Not unlike the now-criticized romanticized treatment of the failed Confederacy and those associated with it, the Lincoln birthplace is one of the most enduring historical myths.

Historian Charles B. Hosmer, Jr., chronicled that the builders of the shrine thought of it as a tangible lesson that “democracy is ever humble.” Their intent was to create a garden spot at Sinking Spring Farm where people from around the county would visit and “find the inspiration of national unity.”

Further, the Lincoln birthplace temple would serve as the quintessential American rags-to-riches story with the Kentucky-based version being the log-cabin-to-the White House variation.

When the temple was completed, and the infamous log cabin was reconstructed within, there was a problem. The 16-feet by 18-feet structure was so large that it made it difficult for visitors to maneuver around it. In time, the cabin was dismantled and reduced in size to a mere 12-feet by 17-feet when reconstructed. 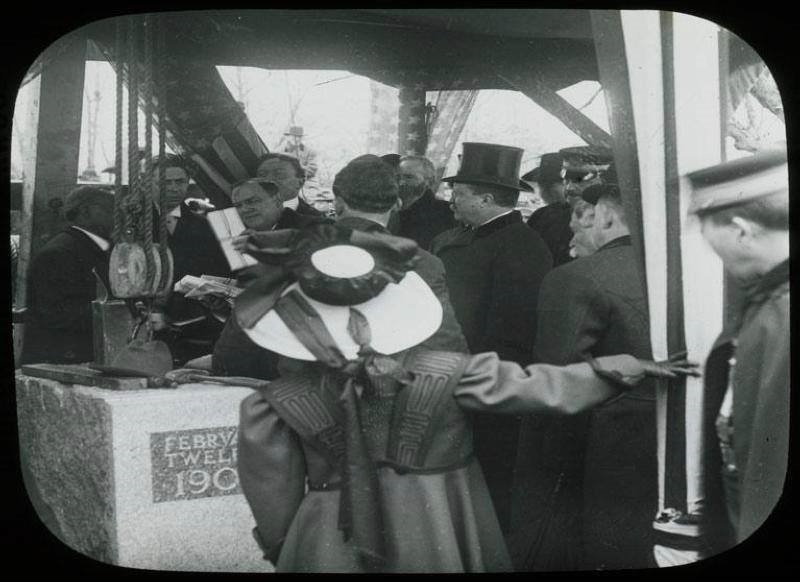 The story of the Lincoln log cabin from the time it was last inhabited to being placed inside the temple is a somewhat twisted tale illustrating American entrepreneurship. The cabin was dismantled sometime before 1865 and local folklore records that some of the logs were used in the construction of another home. In 1894, A.W. Dennett of New York acquired the property and used the logs to construct a cabin similar to the original structure.

Dennett hired an evangelist by the name of Bigham to exhibit the cabin to the public for a fee. The cabin was repeatedly dismantled and re-erected for display around the country. Perhaps to enhance the attraction, logs falsely reputed to be from the birth cabin of Jefferson Davis in Fairview, Kentucky were acquired and added to the display. Due to Dennett’ s bankruptcy, the mass of logs ended up in storage on Long Island until the editor of Collier’s magazine found them and began a campaign to purchase Sinking Spring Farm, restore the cabin to the site, and create a national shrine.

The Lincoln Farm Association followed through on the idea, believing they were purchasing only the Lincoln logs. Attempts to reconstruct the Lincoln cabin were met with frustration and the realization that the logs were from two, and likely three, different structures. The cabin inside the temple is actually one similar to the structure Dennett had created. Decades later, the National Park Service admitted that the cabin is not the Lincoln birth cabin. 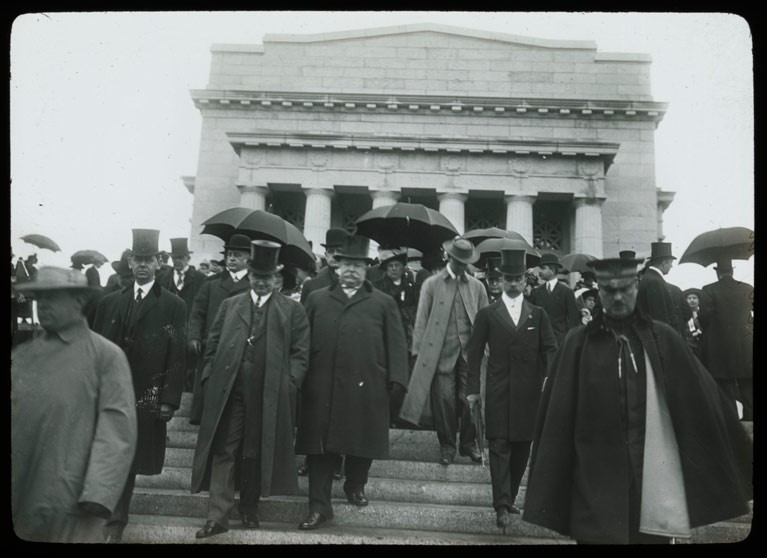 President William H. Taft, escorted by Lincoln Farm Association Board of Trustee members, descended the steps at the Lincoln Memorial Hall after viewing the log cabin enshrined within the memorial on November 9, 1911. NPS Photo.

The day before the dedication, Taft visited Frankfort where he unveiled the 14-foot bronze statue of Lincoln in the rotunda of the then-new Kentucky Capitol. Sculptor Adolph Alexander Weinman, a German immigrant created the 16,000-18,000-pound statue underwritten by James Breckinridge Speed at the request of Republican Gov. Augustus Willson who thought the new seat of Kentucky government needed a statue in the rotunda. Weinman also created the bronze statue of Lincoln seated that has stood in the center of Hodgenville’s town square since May 31, 1909.