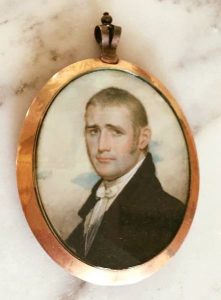 Long before the Bardstown historic site, known familiarly as “My Old Kentucky Home” was associated with Stephen Foster and his legendary song, “Federal Hill” was the home of the Rowan family, one steeped in Kentucky rich and colorful history. Unfortunately, the Rowans have been overshadowed by the mystique of Foster and his music.

On January 29, 1801, John Rowan, Dr. James Chambers, and three other men whiled away the evening at Duncan McLean’s Tavern playing whist and Vingt-et-un while consuming considerable quantities of liquor. An argument broke out between Rowan and Chambers over who was the better master of Latin and Greek.

The quarrel finally came to an end when Chambers challenged Rowan to a duel which was set to occur on February 3.

When the fateful meeting took place, both men missed their first shots, then fired again and Rowan struck Chambers, wounding him severely. Rowan offered his carriage to ferry Chambers to Bardstown for medical attention and Chambers asked that Rowan not be prosecuted. Chambers died the following day.

With public sentiment against Rowan, Chambers’ friends formed a posse and rode to “Federal Hill” to find Rowan who dressed a slave in his coat and hat and sent him out on horseback from the house, fooling the posse which gave chase to the disguised man.

The owner of the property where the duel occurred demanded that a warrant be issued charging Rowan with murder. The local judge opined that there was insufficient evidence to send the case to the grand jury and Rowan was released. 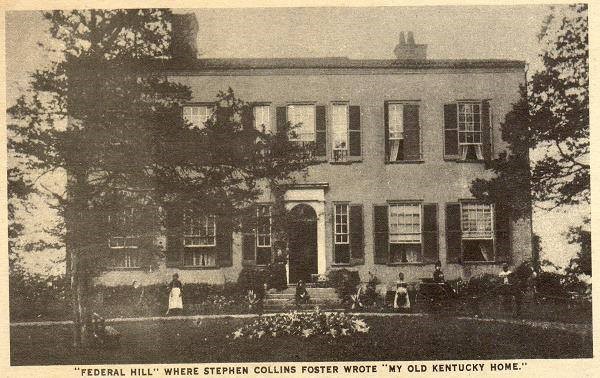 Four years later, Gov. Christopher Greenup appointed Rowan Secretary of State. A Pennsylvania native, Rowan later served in the Kentucky House of Representatives, the U.S. House of Representatives, was appointed to the Kentucky Court of Appeals, and served as one of Kentucky’s two U.S. Senators. He was a bitter opponent of Henry Clay. Most considered Rowan the foremost Latin scholar of his era.

In his latter years, Rowan was president of the Louisville Medical Institute, forerunner of the University of Louisville School of Medicine that was created as a rival to Transylvania University’s Medical College when three professors defected.

On April 22, 1836, John Rowan and group of influential Kentuckians met in the Kentucky Secretary of State’s office in the Frankfort town square to form the Kentucky Historical Society to preserve the history of the Commonwealth of Kentucky. It was the 11th historical society formed in the United States. Rowan was selected as the Society’s first president and served until 1843.

Thanks to the seminal efforts of Rowan, the Kentucky Historical Society now holds more than 120,000 artifacts, 90,000 published works, 16,000 reels of microfilm, 200,000 historic photographs, 1,900 cubic feet of manuscripts, 2,000 maps, and 8,000 oral history interviews at the Thomas D. Clark Center for Kentucky History in Frankfort.