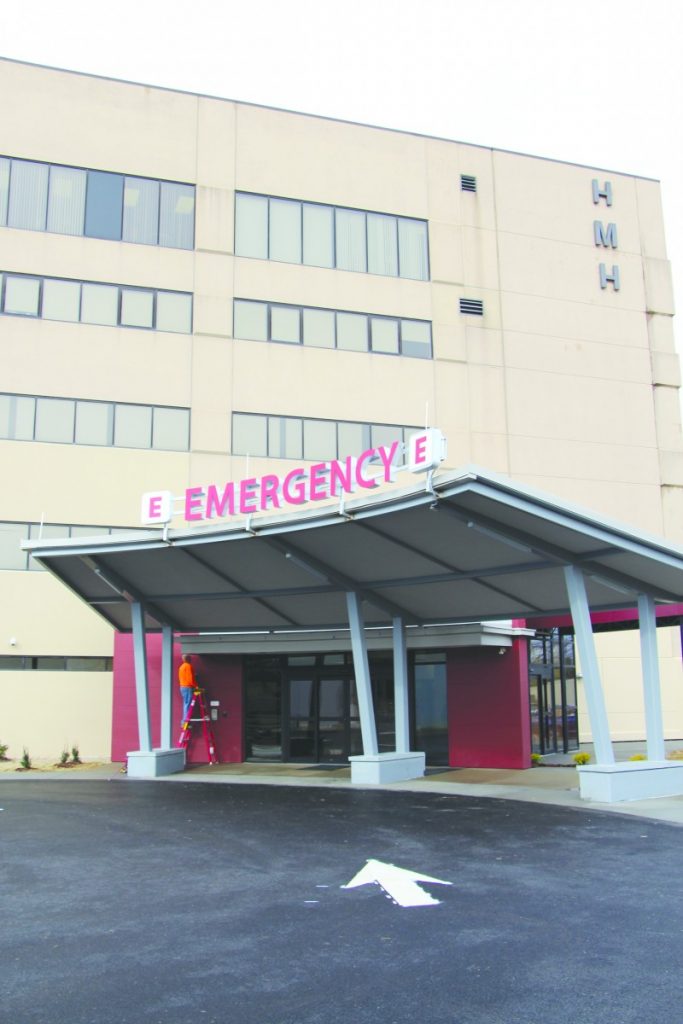 The doors are now officially opened (as of Wednesday, January 17) to patients of Hardin Memorial Health (HMH) to the 14,000-square-foot expansion of the Emergency Department.

The $15 million project began construction in September of 2015 with the hope that the redesign would allow staff to better serve the now over 70,000 patients visiting annually.

Formerly only equipped to fit the needs of 40,000 patients a year, the new design offers patients more personal and safe care.

“Great collaboration between city officials and county officials to allow us the ability to do this and put the shovel in the ground,” praised Steven White, Assistant Vice President of Operations on the project’s success, which included the city closing Woodland Drive to allow for the new ambulance bay.

Exam rooms have expanded from 27 to now 65, and triage from one room to four. The board also boasts of areas designated to fit the specific needs of various populations, including trauma and bariatric patients, individuals with behavioral health needs, and sexual assault victims. In a press release from this week, it was noted that HMH now hosts one of only four emergency departments in the state offering certified Sexual Assault Nursing Examiners. The newly renovated department increases the privacy needed by these patients and their care providers.

“We create the entire design to where you are visually able to see your patients. When you walk through this department you’ll see a lot of glass to see where patients are, so if anything is going on there’s a quick ability to react. We went from a nursing station that had six computers to one that has probably 45 now, creating a lot of space,” Emergency Department Director Chris Stucker.

While in times past procedures such as CT scans and X-rays would first have to transport patients to different areas of the hospital, the new department hosts their own, a vital necessity in emergency situations.

Every detail of the layout was decided with care as to how better optimize work flow and care for patients, including a designated entrance to the emergency department and into the hospital itself, allowing for those visiting loved ones or completing other tasks to avoid the waiting room.

Even decor was and design aesthetically was first researched and chosen based on scenes of nature that have proven to be influential in healing. Work of local artists and photographers can be seen on display in several rooms.

“Everything about it. The increase in our ability to serve those populations that keep coming. Some of the concepts I like most are the design of it. There are medicinal purposes to some of the trees we have highlighted, just trying to create this environment where you don’t feel like you’re in a stall. We’re starting to heal by giving a great place,” said White of his excitement for the renovation to open.

We went from about 52 to 53,000 patients three years ago to where we’re seeing 73,000 people today. Our volumes have went through the roof, it’s been challenging, so we are very excited to have this addition to better provide that service,” said Stucker. 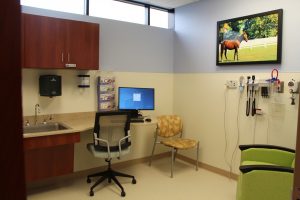 “The team who cares for patients in this space every day designed the layout and special features,” said HMH Chief Nursing Officer Sharon Wright in a press release from last week.

Wright, who previously directly managed the ED and now oversees it in her senior leadership role, said the completion of the project fulfills a long-time professional dream.

“I cannot say enough about the HMH ED team’s commitment to patients and about their skill and expertise” said Wright. “Emergency medicine is one of the most stressful types of care we provide and to serve hundreds of patients a day in the midst of construction is a testament to the team’s dedication.” 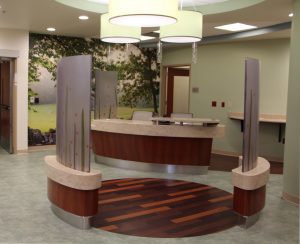 In a ceremony last week Chief Nursing Officer Sharon Wright was honored in the new space with a quote of hers that will hang in the new lobby, “Above all, we are God’s servants and we are here to care for each other.”

The doors officially opened to the Emergency Department this past Wednesday, January 17.
GBBN Architects designed the space. The firm, with offices in Louisville, Cincinnati, Pittsburgh and China, has designed and overseen dozens of hospital projects, specifically emergency departments.

GBBN worked with JRA, which serves as HMH’s master facility plan architect and has a great understanding of HMH’s needs. Whittenberg Construction was the construction contractor for the project. 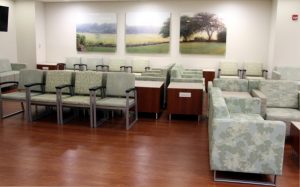