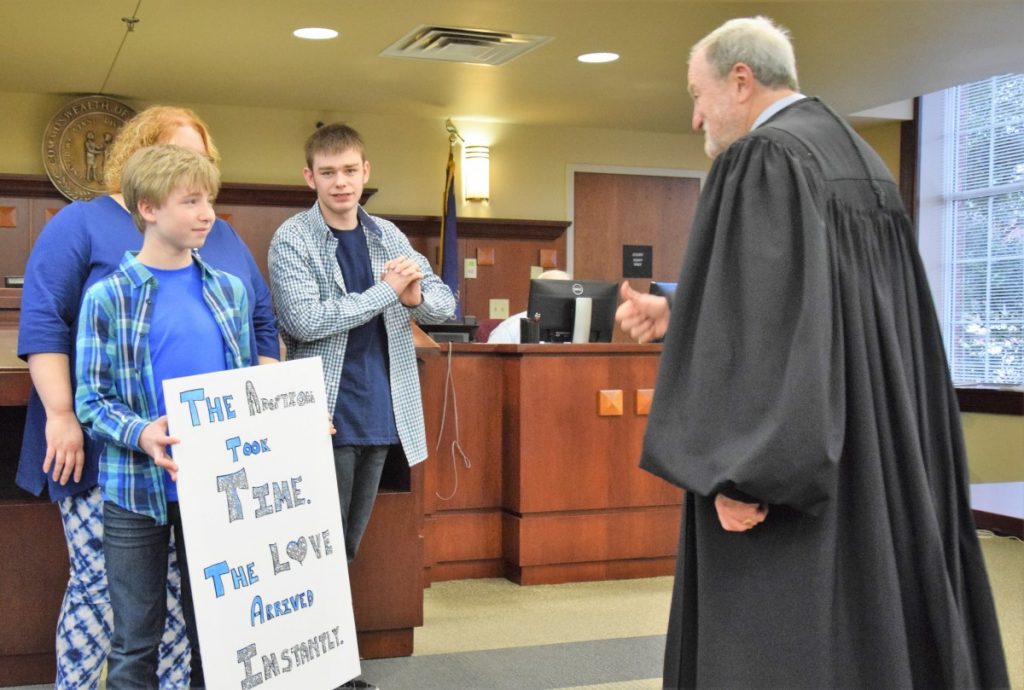 There were smiles, a few tears, a couple of chuckles, and an abundance of love filling the 43rd Circuit Family Courtroom on Monday afternoon as James Pedigo and Matthew Cherry were officially adopted after years in the foster care system.

The brothers appeared in court, not only with their adoptive family, but a crowd of supporters who filled nearly every seat in the courtroom. 16-year old James, a junior at Barren County High School, told Acting Family Court Judge Phil Patton that after being in foster care and respite care for 12-14 times, Misty and Daniel Syra took them into their home as foster parents.

“They took us in and they became our own parents when we didn’t have any,” James said. He told Patton that he believes he truly knows what love is, explaining, “It says in the Bible that God has unconditional love and that’s what they show us every day.” 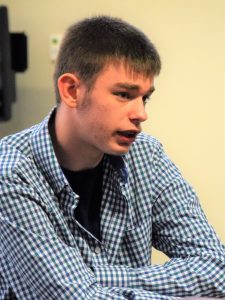 JAMES PEDIGO, age 16, gave passionate testimony about his life and his desire to be a part of a family. Barren County Progress photo.

Matthew, a 12-year old 7th grader at Barren County Middle School, also testified at the hearing, telling Patton “I believe it’s a good idea [to be adopted] because most of my life and James’ life, we’ve been in foster care and we’ve finally got a home.”

The boys’ new parents, Mistry and Daniel Syra, answered a number of questions during the hearing, testifying about their worthiness as the adoptive parents of the duo. As part of the proceedings, James’ name became Caleb Elias Syra while his brother became Matthew Ryan Syra. 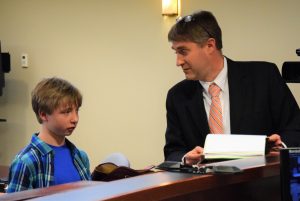 Afterwards, Matthew said he was happy although he was surprised how quickly the hearing was concluded for such a monumental change in life. He sported a homemade sign he made for the event, proclaiming “The adoption took time. The love arrived instantly.”

Reflecting on the experience, James / Caleb said, “I’m happy, I’m not sad because we hadn’t been treated as we ought to be, but now we’re part of a family that cares for us and will teach us what’s right and wrong.

Among the supporters in the audience were Mary Lee England, the Executive Director of the Boys & Girls Club, and other employees of the youth-centered organization. She said the boys had been a part of the club for three years where both young men have thrived. 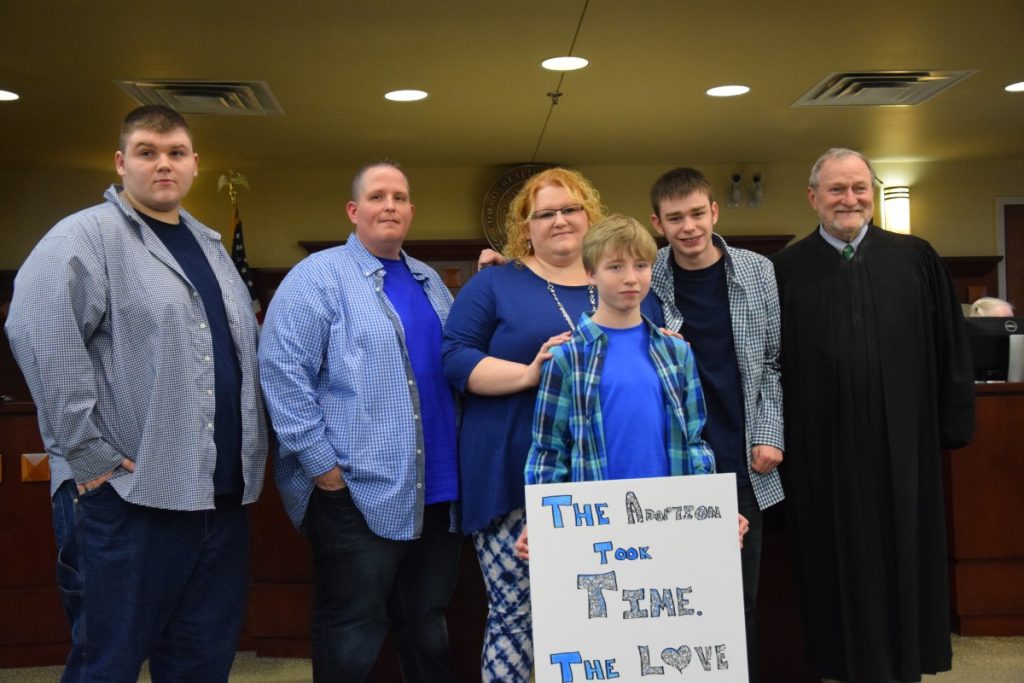