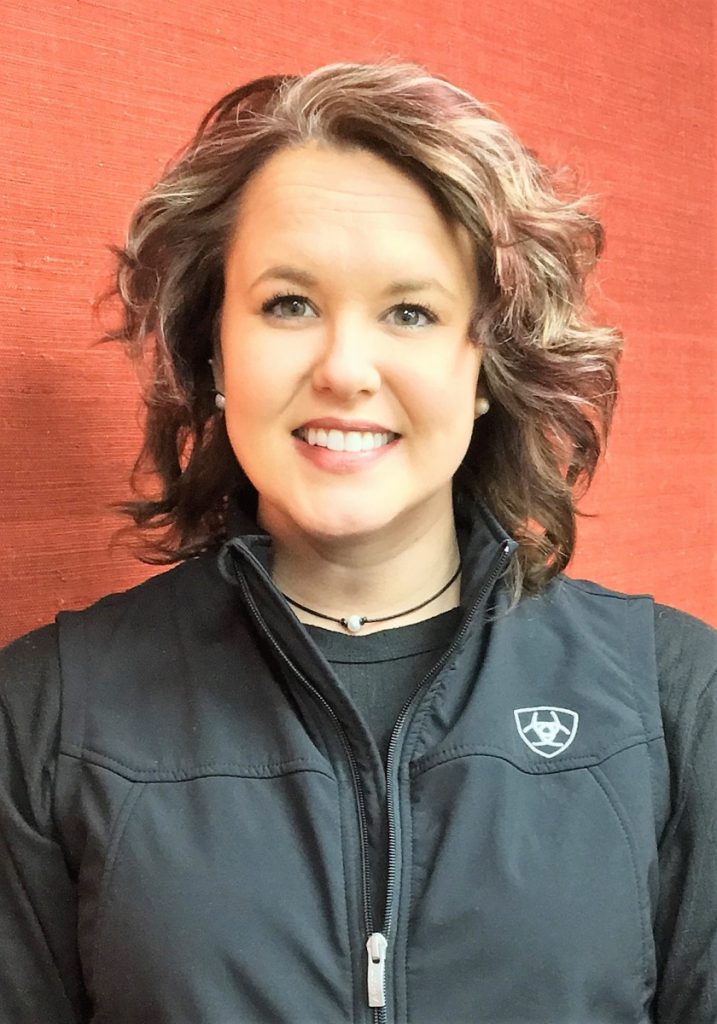 Walking into Whitney Honeycutt’s office at Big Meadow Oil Company one of the first things you’ll spot is art with a message: “Act like Lady, Think like a Boss.” So it goes at the 36-year old business started by Whitney’s grandmother and great aunt – Sheila Pruitt and Betty Gentry.

“It was not the plan for me to be working here. I went to college at Western Kentucky University and earned a degree in Agriculture. This being a family business, I worked here during the summer and then it became a part-time between classes,” Whitney recalls. Her family frequently reminded her that when she graduated she needed to move on with her career. “I did try and considered opportunities but I’ve now been here 11 years because I love this job,” she said. Whitney is the oil manager for the business.

Whitney says there was never an intention for the company to move from its location in the rural community of Big Meadow that straddles the Barren and Metcalfe County line. While she enjoys living on her hobby farm where she raises bottle calves, chickens, horses, and sometimes pigs, Whitney has found that the business’s move to Glasgow created opportunities she wouldn’t have had otherwise.

“It’s been very rewarding for the company. We’ve more than tripled in size. Personally, it’s allowed me to become highly involved in the community,” Whitney said. Being a participant in the Leadership Glasgow – Barren County program expanded her knowledge and appreciation of the community. Whitney now serves on the board of the Glasgow – Barren County Chamber of Commerce, an organization in which she’s become a mainstay. She’s currently a Chamber Ambassador, and serves on a number of committees ranging from the Farm-Home & Garden Expo to the annual Christmas Parade.

Whitney’s involvement hasn’t gone unnoticed. “Last year at the Chamber’s Annual Meeting I received the Volunteer of the Year Award. That award means more to me than a lot of other things. It came as a great shock and a big honor.”

Whitney is also a founding member of the Young Professionals and serves on the organization’s board as secretary.

As a constant promoter of the community, Whitney says she views Glasgow as a great place to live and work. “To a lot of people, it’s small and that’s true. A lot of what our community has to offer is almost hidden unless you’re involved. Our small size gives us the hometown feeling but then we’ve got great places to eat, the Plaza Theatre, events like the Shindig on the Square, and we’re right next to Mammoth Cave National Park. I love being in a spot where you can make a short drive and be in Nashville or Louisville if you want things found in larger cities.”

As for work and career interests, Whitney says opportunities abound. “We have lots of industries and job opportunities – we’re a diverse community in that respect and it’s something I think many people don’t realize. There are opportunities here for all kinds of people – from the person working on their GED to people with a PhD.”

Working in a business that has been traditionally dominated by males can sometimes be challenging, Whitney says. “We don’t see it so much now, but early there were a lot of older men who would call and say ‘I need to speak to a man.’ I recall a man who came in and asked to speak to a man because he needed oil for his tractor. I explained that I’m the oil manager of the company but he still wanted to talk to a man.”

“There’s been a lot to overcome the idea that a woman can’t make it in a man’s world. You overcome it by constantly educating yourself and being confident to politely say ‘I know what I’m talking about and let me show you.’ When they realize we know our business, they come around,” Whitney said.

Naming a dozen or so family members who work for Big Meadow Oil, Whitney illustrated the extent of family involvement in the operation. “Working with family definitely has its pros and cons but being able to run a family business that was built from the ground up and continues as a woman-owned business, is very fulfilling,” Whitney said.

Whitney believes one of the hallmarks of the company’s success is because it’s family-oriented from the owners to include every employee. “To all of us, family is first – if your kid is sick you stay home with them or if your child is in a play at school you attend because we strive to work around those types of things. It’s an atmosphere that I love. It helps us think about our customers and their families, too.”

This is the ninth in our series, “Forty Under Forty,” highlighting 40 Barren County residents, all under the age of 40, who are bringing vitality and vision to their careers, professions, and the local community.

Learn more about Whitney Honeycutt and her commitment to her family, career, and community when Kellie McKay interviews her on NASH Icon 103.7