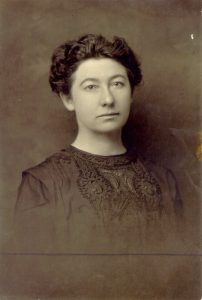 Kentucky educator Cora Wilson Stewart devised a way “to emancipate from illiteracy those enslaved in its bondage” when she conceived the first “Moonlight School” in 1911. A novel idea, Stewart created a learning opportunity for Kentucky adults who could not read or write by holding evening classes on nights when the moon shone bright enough for people to safely walk to the local schoolhouse.

Stewart recruited adult students by encouraging her young daytime pupils to spread the word to their families and neighbors. To teach the evening classes, she enlisted teachers to volunteer their time. The first year, 1,200 Rowan County adults were enrolled and the following year the number grew to 1,600.

By 1915, the model had been adopted in counties all across Kentucky with some 40,000 adults taking evening classes to learn to read and write. Alabama and Mississippi embraced the idea and by 1916, eighteen states were using the Moonlight School concept. Rather than using traditional textbooks intended for children, Stewart wrote a series of her own textbooks, The Country Life Reader, that featured simple stories with themes that related to adults and rural life. In her native Rowan County, she developed her own newspaper, The Rowan County Messenger, a publication written with short sentences and repetitive words. 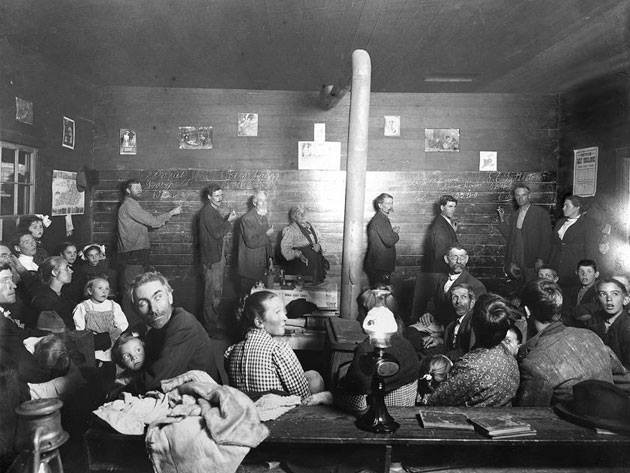 A SCENE in a Moonlight School in eastern Kentucky.

During World War I, Stewart was disturbed to learn from the Selective Service System that some 700,000 men serving in the military were completely illiterate. To address the situation, she developed The Soldier’s First Book aimed at teaching military recruits to read. The book even explained why the United States was at war in simple terms. For example, the question “Why are we at war?” was answered with: “To keep our country free. To keep other people free. To make the world safe to live in. To stop the rule of kings. To put an end to war.”

Among the hallmarks of Cora Wilson Stewart’s Moonlight Schools was her request that adult students send her a letter when they had learned to read and write. A 1914 letter from an adult learner in Carrollton, Kentucky read, “I wish to thank you for the Moonlight Schools. I have been going six nights and have learned to read and write. I am forty-three years old and have written my first letter to my mother, the next to you… Yours, Amanda McKinney.”

Born in rural Rowan County on January 17, 1875, Cora Wilson Stewart was one of Kentucky’s most influential educators. She began teaching at age 20 and in 1901 she had been elected Superintendent of Rowan County Schools (in the early 20th century, Kentucky’s school superintendents were elected as county officials). Her passion for education led her to become the first woman to be elected president of the Kentucky Education Association (KEA) in 1911. In 1914, she was named head of the Kentucky Literacy Commission from which her efforts spread nationally and internationally. In 1926, she was named director of the National Literacy Crusade and from 1929-1933, she served as chairperson of President Herbert Hoover’s Commission on Illiteracy. In 1920, the same year the 19th Amendment gave women the right to vote, Stewart was a delegate to the Democratic National Convention in San Francisco where she was nominated for President.

Thrice married – two times to the same man – and divorced three times, Stewart had one child who died as an infant. She eventually moved to Tryon, North Carolina where she spent her last years alone, blind from glaucoma, and living in modest circumstances. She died in 1958 at age 83 and is buried in Tryon.

Sam Terry’s My Kentucky column appears weekly in Jobe Publishing newspapers in celebration of Kentucky’s 225th anniversary of statehood.  Past columns can be accessed at www.jpinews.com 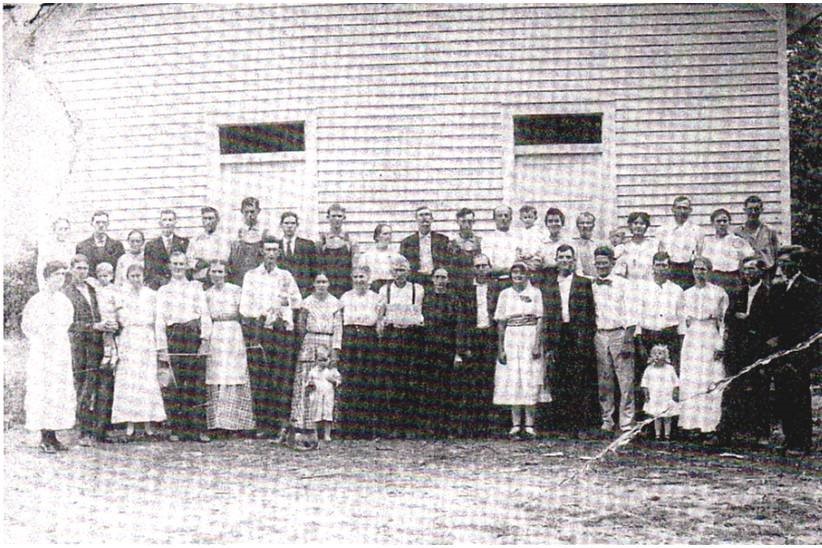