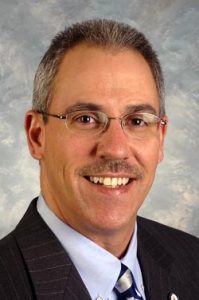 December 29, 2017 – State Representative Jim DeCesare announced today he will not seek an eighth term in the Kentucky House of Representatives.

“Serving the people of Butler and Warren Counties has been a great honor. However, it is time for me to focus on other opportunities”, said DeCesare. “I would like to thank my family, friends, supporters, and constituents for allowing me to be their voice in Frankfort over the last 13 years.” Representative DeCesare’s current term ends December 31, 2018.

During his tenure in office he has passed many pieces of legislation benefiting Kentuckians. The first bill passed was legislation protecting volunteer fire fighters injured in the line of duty, and he was the first to introduce transparency legislation to put the state’s check book on-line.

Representative DeCesare passed legislation to encourage more data centers to locate in Kentucky, and formed the automotive caucus bringing legislators together to promote all sectors of the automotive industry.

Representative DeCesare’s crowning achievements occurring during the 2017 session was repeal of the state’s prevailing wage, and making Kentucky a right-to-work state.

Representative DeCesare has been instrumental with many legislative initiatives for Western Kentucky University, and infrastructure projects in his district including the Natcher Parkway extension, I-65 improvements, and the widening of 31-W.
In addition to these accomplishments, Representative DeCesare was the Minority Whip during the historic elections of 2016 when Republicans gained control of the Kentucky House of Representatives for the first time in nearly 100 years.

“I am proud of the accomplishments I have been of part of along with the rest of the Butler and Warren County delegation, both Democrat and Republican. We have been blessed with great representation who work well together for the betterment of our communities and South-Central Kentucky.” DeCesare added, “I believe the future for me will bring other opportunities down the road to serve the people of Kentucky.”