“I realized that living in Nashville included some things I didn’t enjoy – the stress of commuting through heavy traffic every day, for one,” Strother said as he described his time in the city. “In Nashville, if you don’t have a circle of friends and acquaintances, it’s easy to have no identity which isn’t so much fun.”

When the opportunity for a new work situation came his way in 2014, Strother was attracted to the notion that he could choose a location from which to work thanks to technology making connections around the world rather simple.

Now a Financial Advisor for Voya, a financial, retirement, investment, and insurance company based in New York, Strother maintains an office in the historic Trigg Th 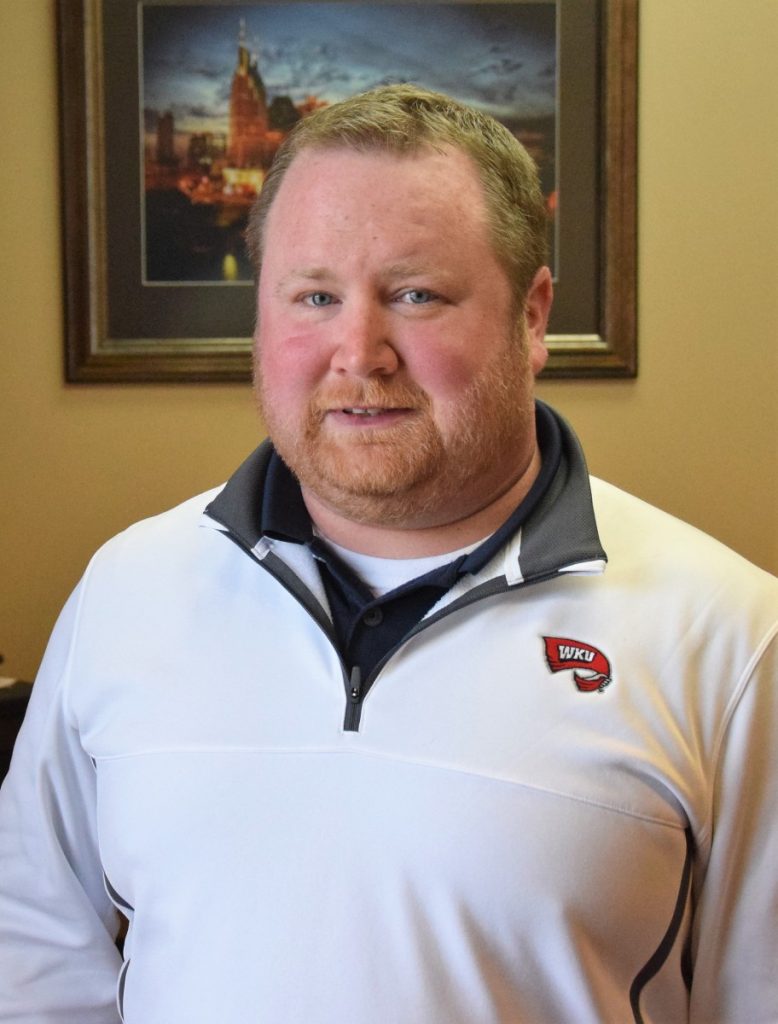 eatre building on the Glasgow square. He admits that few realize his office exists because his business isn’t very visible; by contrast, his work keeps him in communication with clients scattered throughout the region, across the nation, and even overseas.

“I’m a small-town guy,” Strother admits, adding that he’s found Glasgow a better fit for him than Nashville. A 2002 graduate of Barren County High School, he maintains contact with a circle of friends he’s known for years while branching out around the world through his work.

“I find Glasgow small enough to have a hometown feel yet large enough that big city opportunities are available,” Strother said. He stressed the fact that he realizes most Barren County residents are unaware of the international reach Glasgow businesses have every day. Further, it’s his belief that as more businesses locate in southern Kentucky, the world-wide reach will only become more comprehensive.

“I think we’re on the right path now, compared to 15 years ago. Glasgow has improved and made some great strides in welcoming innovative companies that blend with our existing mix of businesses,” Strother said.

As for life in Glasgow, Strother has concluded, “it’s what you make of it. We have many opportunities here if you’re open to recognizing them. We have some great civic groups here – there’s something for every calling. There’s a lot of opportunities here if you want it.” Currently, he is the president of the local Lion Club, a group that has just helped more than 700 local families have a brighter Christmas. Strother has also found a calling as part of Gideons International.

Earlier this year, Strother was among the founding members of the Young Professionals organization. As a board member of the group, he serves as the Community Service Committee chairman. “Young Professionals has been great to bring young people together. There’s a lot of energy within the group and many ideas for ways to make the community even better.” Strother explained.

Concerning his deliberate choice to locate in Glasgow, Strother says “sometimes you don’t appreciate what you have until you experience something else.” He contends that his brief experience living in Nashville was exactly what caused him to realize the quality of life available in Glasgow and Barren County.

This is the sixth in our series, “Forty Under Forty,” highlighting 40 Barren County residents, all under the age of 40, who are bringing vitality and vision to their careers, professions, and the local community.

Learn more about Brandon Strother and his journey back to his hometown when Kellie McKay interviews him on NASH Icon 103.7.