About 2:15 a.m. on December 16, 1811, the initial New Madid earthquake occurred followed by a series of quakes and aftershocks that continued through February 7, 1812.

Combined with the appearance of Halley’s Comet earlier in 1811 and the horrific Battle of Tippecanoe, the event was enough to cause many Kentuckians to believe the world was about to be devoured in a flame of fire and Judgement Day was soon to come.

Franklin Gorin, regarded as the first white child born in Barren County, was about 12 years old when the earthquakes occurred and in later life he recorded his recollections of the event, explaining, “The first shock of the earthquake was terrible. It occurred in the night. The houses rocked, the furniture and chairs it seemed were tossed around the house, and men, women and children were almost frightened out of their senses.”

“The second was felt at breakfast time and was similar to the first. All was confusion and dismay. Few, if any, of our citizens had ever felt an earthquake before, and though the oldest people understood what it was, their consternation was so great they knew not what was to come next,” Gorin recalled. He added that there were many aftershocks and “as repetition familiarizes us to most things,” the disturbances were not as alarming.

While the December 16 earthquake had a magnitude of 7.2, some seismologists believe the quake could have actually registered 8.1 on the Richter Scale. On January 23, 1812, a second significant quake with a magnitude of 7.8 occurred. The most powerful of the series came on February 7, registering a magnitude of 8.8.

The latter event caused church bells to ring in Boston while brick walls were toppled in Cincinnati. Thousands of miles from the epicenter in New Madid, Missouri, residents of New York City and Montreal felt the earthquake. In Washington, D.C., President James Madison and First Lady Dolley Madison reported feeling the tremors in the Executive Mansion.

Back in Kentucky, George Heinrich Crist who lived near Bardstown wrote on February 8, “If we do not get away from here the ground is going to eat us alive. We had another one of them earth quakes yesterdy and today the ground still shakes at times. We are all about to go crazy – from pain and fright. We can not do anything until we can find our animals or get some more. We have not found enough to pull he wagons.”

Perhaps the most dramatic result of the last quake was the Mississippi River turning brown and running backwards as giant whirlpools developed from depressions in the riverbed with waterfalls being created instantaneously. Wiping out an Indian village and consuming virgin forests, 15,000 acres of land was filled with water to form Reelfoot Lake in Tennessee. Big Lake on the Arkansas-Missouri border was also formed as a result of the event.

Sam Terry’s My Kentucky column appears weekly in Jobe Publishing newspapers in celebration of Kentucky’s 225th anniversary of statehood.  Past columns may be accessed at www.jpinews.com. 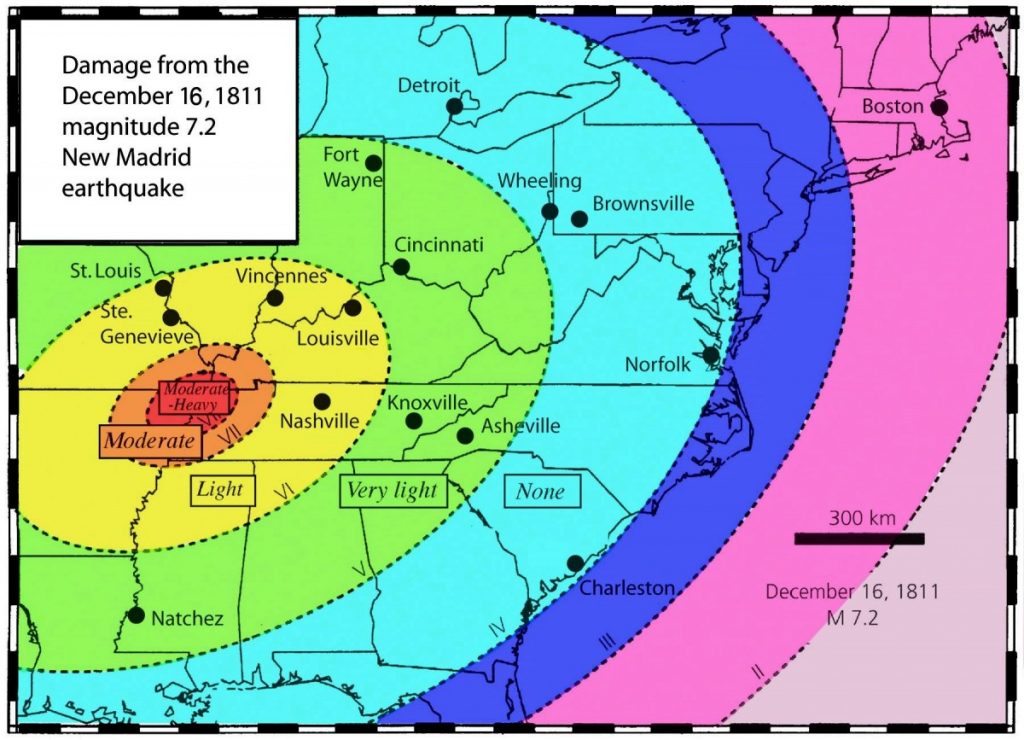 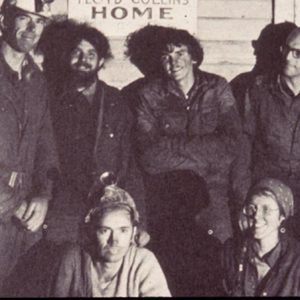 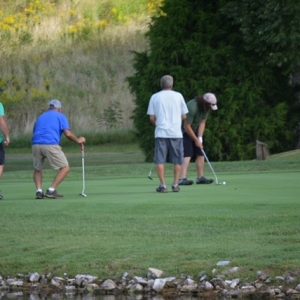