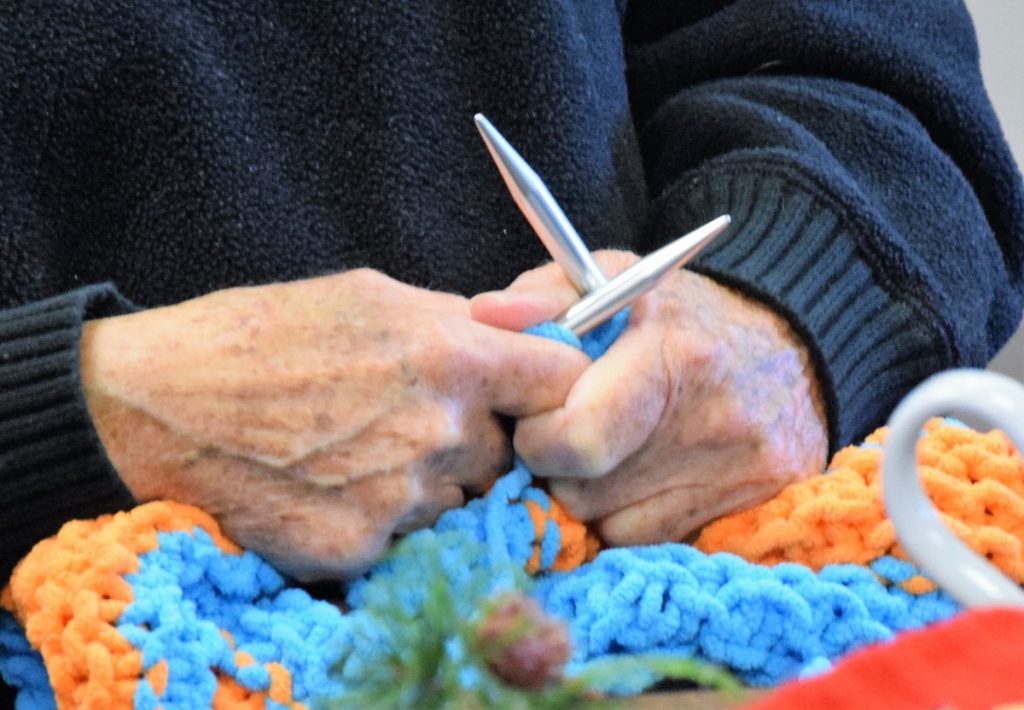 More than 12 years ago, a handful of local artisans began comparing notes about their chosen craft – for some knitting and others crocheting – and in time the creative minds concluded to gather weekly to practice their craft together. Thus began the Knitting and Crocheting Ministry that meets for two hours each Tuesday at First Christian Church in Glasgow.

While the group meets at the local church and some of the participants are members of the congregation, the group is ecumenical as anyone from any church or no church affiliation is welcomed into the fold. Harnessing their creativity – there are no idle hands during the weekly gatherings – the group embarked on a mission to use their talent and their hobby to help others.

Kristen Bale, an organizer of the ministry, said she became familiar with knitting ministries through her sister and then approached now-former pastor at First Christian, Jim McLean, who encouraged the idea. “We started out being ecumenical and we made an effort to contact local churches to invite needleworkers to come on board. We are still ecumenical. We started out knitting prayer shawls, then moved on to begin making hats and scarves, and baby blankets,” Bale explained.

In additiion to those items, the group crafted lap blankets for nursing home residents and baby blankets which are given to Crossroads Life Center for distribution to mothers with a new baby. In time, the prayer shawls evolved into knitted pocket prayer squares, a small rectangular item that is combined with a printed prayer and given to those who need a bit of comfort along life’s road. 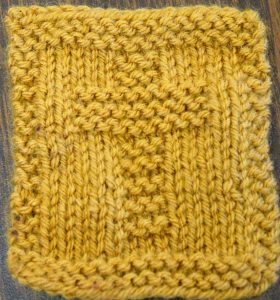 A knitted pocket prayer cloth with the image of a cross will have a short printed prayer attached to it before being distributed.

“The intent early on was to help those with health issues or those in a bad situation,” Bale said. The crafters decided to knit hats and scarves to be distributed to local children who need such items. To distribute the items, the group works with the Family Resource Center coordinators in Glasgow Independent, Barren County, and Caverna Independent School districts.

“The last few years, the hat ministry has been our focus. For a while, we made matching hats and scarves,” Bale said. Realizing scarves could be dangerous to a child, the item was dropped from their needlework repertoire. “Now, we purchase gloves to go with the hats,” Bale added.

The group has a self-imposed November 1 deadline for completing items for youngsters in need so the items can be distributed in time for autumn’s cool weather to shift into winter. In 2015, the group completed about 250 hat and glove ensembles to give away. “We were alll just about exhausted. We were ‘hatted’ out,” Bale and other crafters chuckled during one of their recent sessions.

Pondering what to do next and how to renew their spark, the group became affiliated with Ravelry, an online clearing house of sorts that pairs items made by such groups with those who can get them to persons in need. Through Ravelry, the local ministry received about 125 handmade hats from other crafters living in ten states. Paired with hats made by the local group, the ministry was able to present 250 hats and gloves in 2016.

Bouyed by the spirit of helping others, the group made around 360 hats over the past year and through Ravelry, received an additional 200 hats meaning 560 hat and glove ensembles were distributed to youngsters in need.

In early November the group begins the process of preparing for distribution. “We have them blessed during services here [First Christian Church] and then we divvy them up by student population. I took two large bags to Barren County Schools, Elaine [Wade] delivered bags to Glasgow Independent Schools, and Georgia [Peterson] took bags to Caverna Independent Schools. The ministry also sent 42 hat and glove sets for children attending a school in Lexington.

The group also participates in Warm Up Cincinnati, an affiliate of Warm Up America, sending dozens of 9 by 7-inch knitted squares which are then assembled into blankets that are given to homeless individuals. “One year, we did all red, white, and blue squares that were assembled and given to homeless veterans,” Bale recalled.

Clearly, the ministry uses a tremendous amount of yarn. “We get a lot of donated supplies. We’ve had people who’ve downsized who’ve given us lots of yarn. Some of the yarn that is donated isn’t always conducive for knitting and crocheting and we are sending that to preschools for student art projects,” Bale said. Additionally, individuals occasionally make a financial donation to the group and those funds are used to purchase supplies for the ministry. 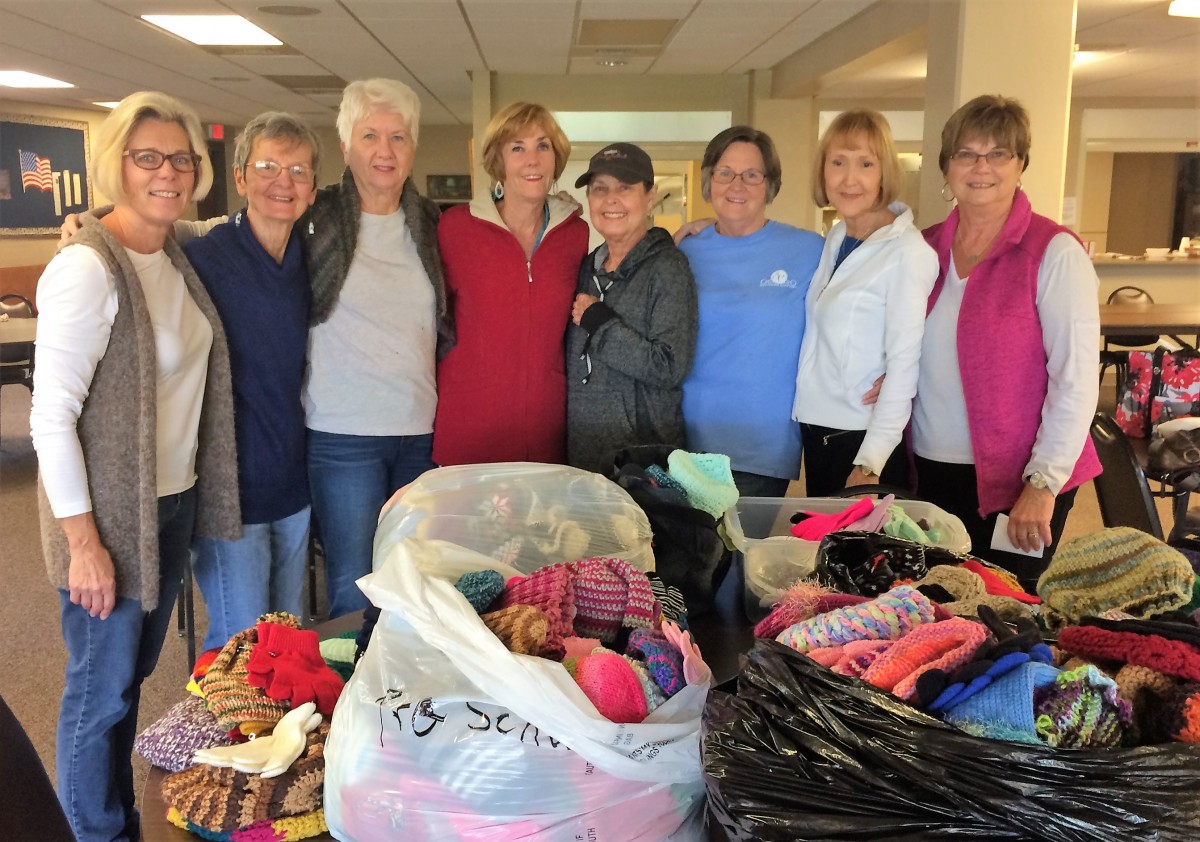 Some of the participants in the Knitting and Crocheting Ministry include, from left to right, Kristen Bale, Jean Kronemeyer, Sandra Travis, Elaine Wade, Soni Goodman, Bonnie Rich, Georgia Peterson, and Eva Wagner. Other regular participants include Sue Ward, Teresa Hapney, and Jane Bucher.

To learn more about the Knitting and Crocheting Ministry, contact First Christian Church of Glasgow at 270-651-6164.