As Service Manager for Bailey-Gibson Automotive in Glasgow, Matthew Compton is passionate about providing top-notch service to his customers; as a young professional, Compton’s passion extends to his service in the community and its future.

“I’m very passionate about this community. I want to see Glasgow survive and thrive. I want to see that my child has a good community to grow up in. Sure, we have some of the same problems other communities have, but Glasgow is still a fairly safe place,” Compton said.

“I like that we’ve maintained some of the small-town feel here. I’ve been with Bailey-Gibson for 6 ½ years and our business has grown. Some would consider us a big business but at least part of our success is because we still approach our service in a small-town way. As odd as it may seem, I can tell you the name of everybody that walks through that door,” Compton said, pointing to the car dealership’s service department. “If I don’t know their name, I can tell you what kind of car they drive.”

A native of Metcalfe County who has lived in Glasgow since age 12, Compton insists he’s at home here. “I’ve had opportunities to go to Bowling Green or Nashville or wherever. When I was in high school I was certain I wanted out of Glasgow and to live in a big city and do what I want to do,” Compton recalls. “Within six weeks of living in Louisville, I was thinking ‘I hate this. I want to go home.’ Sometimes you think the grass really is greener on the other side but when you get there, you appreciate the community we have. I’m definitely in Glasgow by choice,” Compton said. 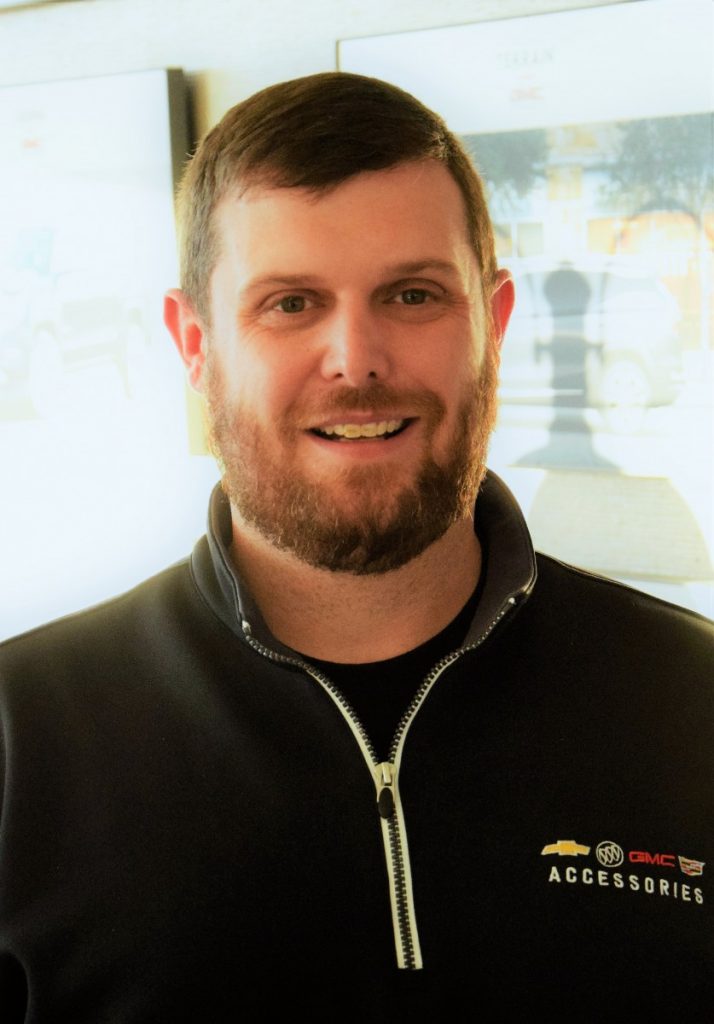 While Barren County is where he chooses to be, Compton noted that he sees opportunities for growth. “At one time, Glasgow seemed to be on the doorstep of busting wide open and it was growing. Now, we seem to have become stale – we’ve stopped growing like we need to be and in some areas, we’ve gone in the opposite direction,” Compton said.

It is Compton’s feeling that young people – young professionals – are key to Glasgow’s future by stepping into leadership roles in the community. “It’s important that we young people do something. We’ve got to speak up and make our voices heard and hope we can get Glasgow going back in the right direction.”

“Glasgow and Barren County have thrived for years off of the automotive industry. That’s a dying thing in the United States. Agriculture and manufacturing have carried us for years. We will always have a strong agriculture industry in this community and we can still be a manufacturing community – but we don’t have to manufacture car parts. There are so many things besides car parts that have to be made. Why are we not doing more to attract those manufacturers to this community?” Compton pondered.

Recounting attributes of Glasgow and Barren County, Compton cited affordability, outstanding opportunities through quality school systems, and location. “You can drive an hour-and-a-half and be in Louisville or Nashville or two hours and be in Lexington. If you want to go there for entertainment and so on, you can and be back home in a short amount of time. You can have the best of those both the big city and the small town.”

“It’s vital for Glasgow and Barren County to grow and be successful. We’ve got to keep building and doing things to draw young people to this community – entertainment, nightlife, restaurants, childcare – there are so many areas we need to be doing a better job in,” Compton said.

As for his part in Glasgow’s future, Compton said “I’m vested in Glasgow. I could easily go somewhere else but I don’t want to do that. This is home and this is where I want to be at home.”

Among Compton’s civic activities are active roles in the Kiwanis Club of Glasgow and the Young Professionals. “I grew up poor. I’m not rich now, but I enjoy being able to give back. If I can help somebody who’s less fortunate in life, I love being able to help. I’ve become passionate about working for this community,” Compton said.

“I was invited to join the Kiwanis Club – I was attracted to the club because of its mission of help others, especially children – and I’m now a member and serve on their board. It’s something I take very seriously.” One of the projects he is pursuing is organizing a Key Club at Barren County Middle School. “I think it’s important to instill values and morals in our children and teach them that there’s more to life than worrying about yourself – that if you can give back to your fellow man, that’s going to be more rewarding,” Compton shared.

Compton is comparably dedicated to the relatively new Young Professionals networking group. He recalls that he shared with fellow founding members that he wasn’t interested in a group that just met and went back to their work and not accomplishing something. He believes the organization is finding its way to better the community while networking with one another and developing future leaders. “We [young people] need to do something and make our voices heard instead of having this opportunity and letting it fall by the wayside.”

This is the fifth in our series, “Forty under Forty,” highlighting 40 Barren County residents, all under the age of 40, who are bringing vitality and vision to their careers, professions, and the local community.

Learn more about Matthew Compton and his journey back to his hometown of Glasgow, Kentucky with Kelly McKay on NASH Icon 103.7