Family is a key word when describing grocer Trevor Phillips and his work in the Hiseville community in Barren County. In fact, the word is a prominent part of Phillips Family IGA, and it seems it’s a theme found in nearly everything Phillips does.

Now the third generation of his family to manage the business his grandparents, Clyde and Helen Phillips, started in 1960, Trevor says he never gave much serious thought to living anywhere else. “Everyone has a dream of living on a beach or some exotic place, but small-town life is more fulfilling,” Trevor said, adding “I grew up in this small town that’s been my home since birth and now it’s my turn to give back to the community.”

Trevor’s father, Mike Phillips and his uncle, Jim Phillips, were the second generation of the family to work in the grocery that has been at the center of the Hiseville community. Mike bought the family business when Trevor was still in elementary school. In the meantime, Trevor graduated from Barren County High School where he seemed a natural in marketing and business management classes that led to an internship at WCLU Radio in Glasgow. In turn, he worked as the Public Information Officer for the Barren County Sheriff’s Office and eventually stepped into the roles of office manager and process server. 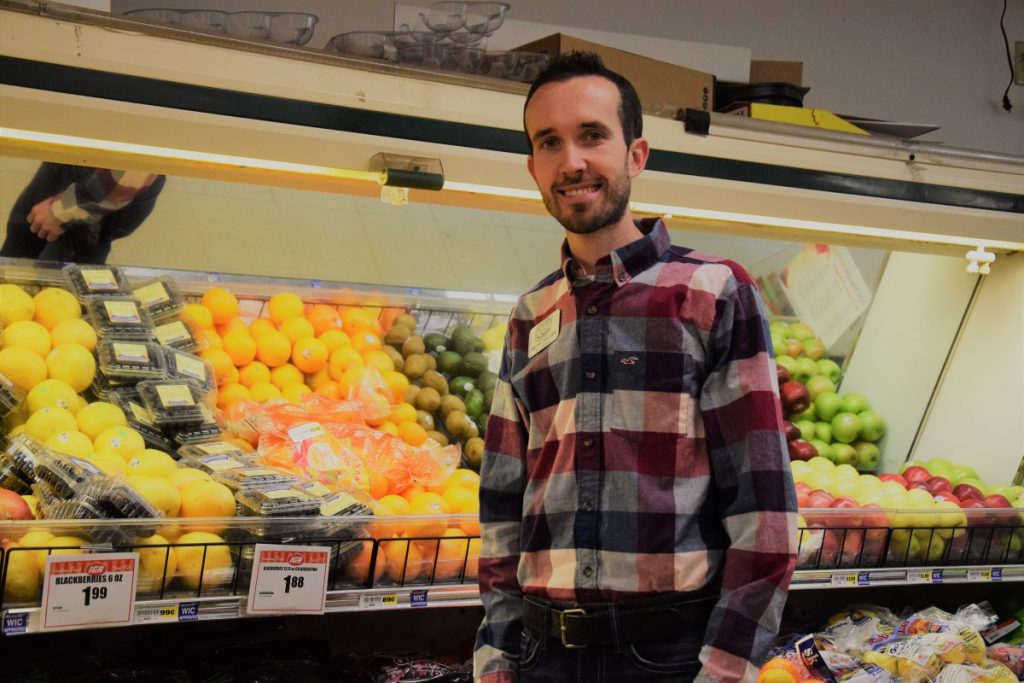 When Jim began having health issues, Trevor began helping at the store when his schedule allowed. Gradually he not only learned the business side but began utilizing his talents in marketing, management, and notable customer service. Two years ago, he decided to take on the role of store manager and make the family business his focus.

“I shared our motto with our employees and it’s truly how operate. We strive to always be kind to everyone, we work hard, we speak the truth, we love others, we show grace in our job and in helping others, and we are constantly grateful for the community in which we live and enjoy our freedom,” Trevor said.

Each generation has left its mark on Phillips Family IGA. His grandparents established a small, community-center grocery that served the community for years. His father began an expansion that enlarged the store’s offerings – including a full-service meat department – and caught the attention of shoppers outside of the Hiseville community. Under Trevor’s management, has been awarded IGA’s coveted 5-Star rating based on a series of benchmarks including product offerings, employee knowledge and service, and community involvement. 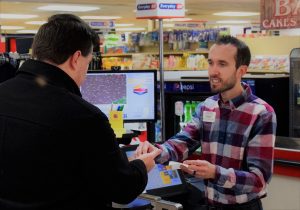 Situated in a town of fewer than 250 residents, Phillips Family IGA now serves 600 to 700 shoppers each day. “It takes a village to work in a small business and we do. We have a couple of employees who’ve been here over 12 years and one who’s been here 40 years,” Trevor said.

“One of my goals has been to continue the vision my grandfather had back in 1960 by offering quality products and outstanding service. I’ve also committed to being more involved in the community so my children and my nieces and nephews have a good place to grow up,” Trevor said. Whether there will be a fourth generation in the store remains to be seen but with 11 youngsters in the next generation, it’s likely that will happen.

Trevor Phillips and his wife, Miranda, live in the Hiseville community with their children, 5-year old Bronson and 3-month old Nash.

This is the third in our series, “Forty under Forty,” highlighting 40 Barren County residents, all under the age of 40, who are bringing vitality and vision to their careers, professions, and the local community.