It is quite impossible to relate the true extent of the emotions I went through or to convey how profound the experience was to me, as I fulfilled a promise I had made so many years ago. Going to the Vietnam Memorial Wall in Washington DC wasn’t one of those “been there, done that” experiences, it was a way of touching old friends and getting to say the goodbyes not afforded to us when they paid their “last full measure” in that terrible war. It was a way for me to honor their memory and their sacrifice, to let them know they are not forgotten. 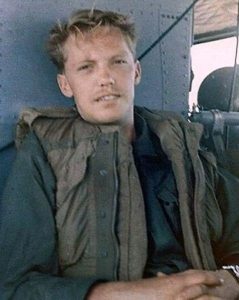 When we were kids, Douglas “Rusty” Compton lived on Lakeview Drive and his back yard was across the street from our house on Harwood Street. He was older than me, but he had brothers my age whom I played with on a daily basis and I can distinctly remember his “voice of authority” when we “young -uns” got too rowdy and a bit out of hand. He was someone I looked up too, kinda like I looked up to my older brother, Steve. I remember him going off to the army and how proud my Dad was of him, but I could sense concern for him as well, maybe because of Daddy’s memories of serving in WWII. During his service in Vietnam, Rusty was a helicopter repairman/mechanic. Rusty was killed on 10/11/68, at the age of 24. My research revealed very little about how he died over there. It was officially termed as “accidental homicide” with very little explanation beyond that. 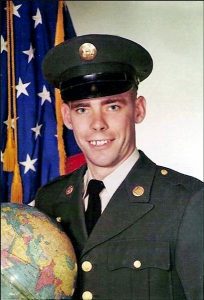 I met Rex Harlow through the close relationship between his older brother, Lawrence, and my Dad. I remember going with Daddy to Lawrence’s gas station/garage, sometimes to have our car worked on, sometimes just to “shoot the bull” with Lawrence. Most of my memories of Rex are of him working on or washing his ’57 Chevy in one of the bays of the station. Watching him “baby” that car, seeing how much that car meant to him, may be one of the reasons I also developed a “love” of a ’57. It also helped that my big brother had one, Steve’s was black and Rex’s was white, kinda polar opposites, but both beautiful cars. I have a vivid memory of Lawrence hollering at Rex to get out from under the hood of his ’57 and get out there and pump gas for a customer. Rex died on 06/30/69 and had only been in Vietnam 23 days when he was killed instantly by enemy small arms fire. Rex was just 21 years old.

I wasn’t the only one who had a promise to fulfill, my son-in-law, Justin Hayes, was committed to paying respects to his fallen brother in arms at Arlington. It was a mile and a half trek to his gravesite and I knew I needed to save my legs for my own personal journey, so while Justin and his family stayed at Arlington, I, my daughter, Michele, and son-in-law, Jarred Combs, caught the trolley to the War Memorials. By the time I got to the Vietnam Wall, my arthritic joints were screaming at me and that wound from my foot surgery a few weeks earlier had opened up and was bleeding through the bandage and into my sock, adding to the overall discomfort, but when I reached the wall it was all worth it. As my fingers traced over their names I was overwhelmed with emotions that I was not prepared for. Tears welled up, my lips trembled and I was so choked up with emotion, when I tried to speak it was akin to blubbering. The heat and pain became overwhelming, so I headed for a bench under the shade of a tree. As I attempted to gather my emotions, I remembered I wanted rubbings of each of the names, Michele and Jarred told me to sit there and rest, they would get the rubbings for me. 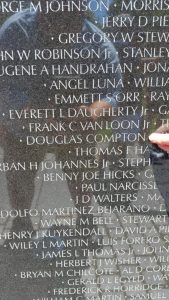 I sat on the bench trying to gather myself, but tears continued to trickle down my cheeks. Suddenly I was aware of a figure sitting on the other end of the bench and then a voice “I hope you don’t mind me sitting here for a moment.” I told him that was fine as I wiped the tears from my cheeks and turned to look at him. He was older than me, tall and slender, sitting ramrod straight, wearing military style khakis with finely pressed creases in pants and shirt. He was wearing a green beret, with hints of close cropped silver hair showing beneath the very neat, but well-worn beret. His face was wrinkled and leathery brown, his hands were bent with arthritis and that same leathery brown skin with age spots that spoke of his advanced age. 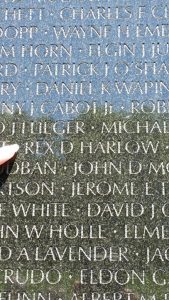 After a moment he spoke again “I saw you at the wall and how affected you were when you touched some names on the wall, family or friends?” I responded that two of them were friends when I was a kid. “Do you know how they died over there?” I told him I wasn’t exactly sure, just what I had heard and some of what I had researched, one was kind of a mystery and the other was killed by enemy small arms fire. “Would you tell me what you heard about the enemy fire incident?” I told him that I could not verify what I had heard in any official record, but I could relate it to him. “Go ahead, I would like to hear what you believe happened.” I was told Rex was a machine gunner on a tank and they had been sent on a reconnaissance mission, Rex was killed instantly by small arms fire when his tank was ambushed. He sat there a moment, took a deep breathe, let it out then said “bait.” I asked him what he meant by that.

He stared straight ahead and his steel grey eyes took on that thousand-mile stare as he began to speak, “that jungle was hell, the VC could spring up out of nowhere, hit us hard, then just fade back into the jungle. We couldn’t find them, occasionally we’d run across a spider hole, send a tunnel rat down to clear it, but we could never seem to find the main body or get them into a straight up fight, they were like ghosts. Our kill numbers weren’t high enough to suit the brass, so they needed some way to draw them out. A tank was a high priority target for the VC and worth coming out of hiding to take out, so some genius more concerned with his kill count than with the well-being of his own soldiers decided to send out solo tanks on “recon” missions. The whole point was for the VC to ambush the tank, then bring up strike teams to take out the VC. Of course, this left the tank alone to fend for itself until the strike teams arrived.” I could see his lips quivering and his jaw tensing as he continued speaking, “we lost a lot of good men that way, sending undermanned patrols into hostile territory, not knowing the location nor strength of the enemy we faced. You won’t find any of this information in any official report, sending a tank out on a suicide mission just wouldn’t bode well for the brass that ordered it.”

I sat there a bit stunned, staring at the ground as my mind played visions of everything he had related to me. Tears flooded my eyes again as I could feel his emotions, the pride he had for the courage of his brothers and yet the terrible sorrow he felt for their loss. I soon felt his hand upon my shoulder as he spoke softly, “this wall has done much to heal our broken spirits, my brothers and I appreciate you coming here to honor and remember our service and sacrifice, God Bless you son, never forget.”

I closed my eyes for what seemed only a moment, regaining my composure, then I turned to thank him for his service and taking the time to talk with me, but he was gone. I looked all around at all the people milling around, but I could not see him anywhere and a chill swept over my body. My daughter and son in law walked up and handed me the rubbings they had done for me. I am sure they did not see him and I did not mention him nor our conversation for fear they might think it delirium from heat stroke, or some other malady. Other than to my brother, I haven’t spoken of the occurrence until now, as I know some will have doubts of the veracity of my experience, however his final words keep ringing in my ears “never forget!”