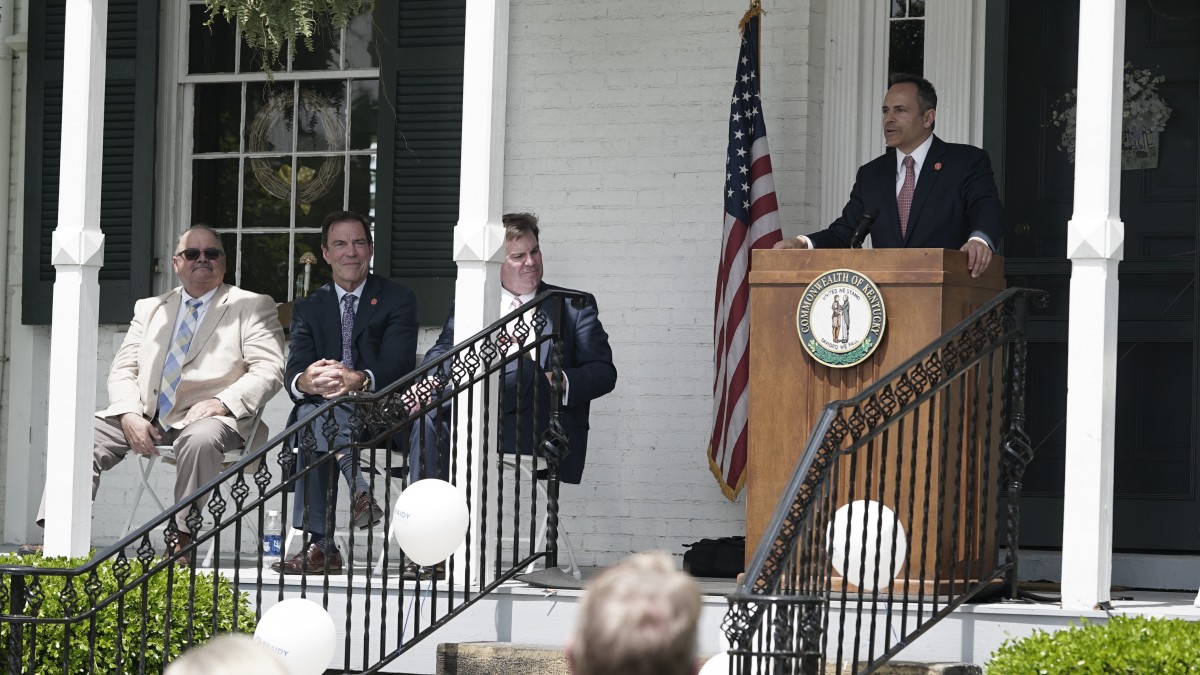 Gov. Matt Bevin says the experience of growing up in a small New Hampshire town with few job opportunities is one of the reasons he is passionate about boosting Kentucky’s economic development efforts. Referencing the recent announcement of Braidy Industries’ plans to locate an aluminum mill in the small town of Greenup, Bevin said he compared his hometown to Greenup on the Ohio River.

“For a thousand reasons, I’m pouring my heart into trying to help communities like Greenup,” Bevin said. “I’m from a community like that. I know the opportunities that exist in the people in such places because I’m those kind of people. I know what it’s like to grow up in poverty.”

During Jobe Publishing’s recent interview with Bevin, the governor reflected on helping his father clean offices at night to help the family’s income and how his father went to work at the local McDonalds due to a lack of other job opportunities. Bevin also recalled that his first knowledge of impoverished Kentucky communities came from his Second Grade teacher, Mrs. Blevins, who happened to hail from the tiny Greenup County community of Lynn.

“A lot of the more forgotten parts of the state are just ripe with potential,” Bevin said, comparing Greenup, the seat of the county of the same name, with dozens of communities dotting the Kentucky landscape. “There’s remarkable untapped opportunity all throughout Kentucky.”

“This is going to be exponential. You just watch this state in the next 3, 5, 10 years. There will be no place like it,” Bevin said.

Bevin says that unlocking the potential for Kentucky’s future rests in work his administration has underway. “We’re putting seeds in the ground that are going to germinate,” Bevin maintains, pointing out recent changes such as the state’s new right-to-work law and repealing prevailing wage laws. The governor contends that years of “self-serving, ‘what’s in it for me’ policy” have held Kentucky back.

As an example, Bevin discussed recent meetings with a prospective manufacturer considering Kentucky as the location of a new facility that would create $300 million in new capital and around 100 new jobs. He cited Indiana as a top competitor wooing the business, noting that coming to Kentucky would cost $80 million more than locating in Indiana. The difference, according to Bevin is, “they have their financial house in order.”

“If our [Kentucky’s] financial house isn’t in order, then we won’t attract or keep the folks we want nor will we keep them nor will we expand. We cannot be one of the worst credit-rated states in America and expect business to come here,” Bevin said.

“Never in history have we been in such financial pressure as we are now,” Bevin said, affirming his determination to show businesses and financiers that Kentucky is becoming more business-minded.

Yet another challenge facing Kentucky, according to Bevin, is a lack of unity within the Commonwealth. “We’ve always been so territorial in Kentucky,” Bevin said. “It’s why everyone thinks you can’t get a governor from Louisville because everybody hates the big city.”

“This idea of territorialism has got to end in order for us to move forward,” Bevin concluded.