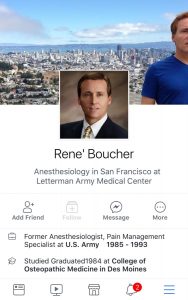 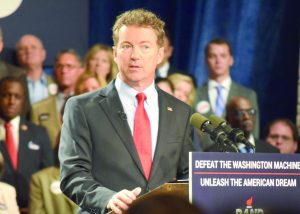 A Bowling Green man was arrested Friday and charged with fourth-degree assault after an incident at the Bowling Green home of U.S. Sen. Rand Paul.

Rene Albert Boucher, 59, was booked into the Warren County Regional Jail and held on a $5,000 bond, according to online jail documents.

The document shows that Paul suffered minor injuries and the same was also released from Kentucky State Police Post 3 in Bowling Green.

Paul’s Communications Director, Kelsey Cooper, confirmed for Jobe Publishing that “Senator Paul is fine.” Cooper added, “Senator Paul was blindsided and the victim of an assault and the assailant was arrested and it is now a matter for the police.” 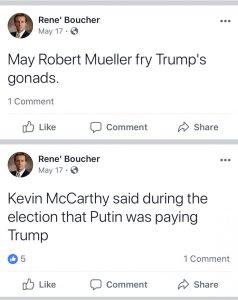 Documented in the arrest warrant, Paul told police his neighbor came onto his property and tackled him from behind, forcing him to the ground and causing pain. According to the warrant, Paul had injuries to his face and had trouble breathing due to a rib injury.

The KSP news release said troopers were called to the Paul residence at 3:21 p.m. Friday and online documents show Boucher was lodged and booked in the Warren County Regional Jail at 8:51 PM.

The release stated that Boucher was arrested by Trooper Bartley Weaver and charged with assaulting Paul. Reports indicate Paul was cutting his grass when the assault took place.

An online search of Boucher showed a Facebook social media account on Friday evening that was visible until sometime between 6:30 and 7:30 a.m. Sunday. The account showed Boucher is a former Anesthesiologist in San 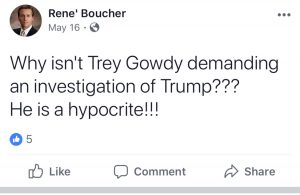 Francisco, and had worked for the US Army from 1985-1993. The account first had entries in 2012 including one stating he had given notice and would be moving on.

Boucher frequently posted stories from anti-Republican internet sites such as Occupy Democrats, Proud Liberals, Proud Progressive along with several videos from CNN. On March 20 of this year he posted, “It is 78 degrees here in Bowling Green and still no terrorist attack.” In May, his social media activity increased significantly, one day posting “may Robert Mueller fry Trump’s gonads” and later the same day, “Kevin McCarthy said during the election that Putin was paying Trump.” 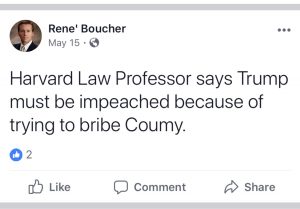 After reports of Friday’s attack on Paul, Boucher’s social media page appeared to have hundreds of visitors, many angry over the assault and others – perhaps fake accounts – thanking him for attacking Kentucky’s junior Senator.
Paul issued a Twitter statement which was confirmed through his communications department that he is fine and that the Senator and his wife Kelley want to thank everyone for their thoughts and prayers stemming from the incident.

Boucher was charged with fourth degree assault, a Class A misdemeanor in Kentucky which is punishable by up to a year in jail and a fine of up to $500. Boucher is scheduled to appear in court on Thursday. 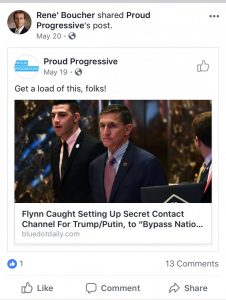