On November 13, 1894, “The Lion of White Hall,” 84-year old Cassius M. Clay married 15-year old Dora Richardson at his Madison County estate. The wedding became one of the most memorable stories in Kentucky history. The Louisville Courier-Journal and the Lexington Transcript carried front page news accounts while publications across the country shared the news of Clay and his “child-wife.”

The bride was the orphaned sister of Will and McClellan Richardson, laborers on Clay’s farm and who, being her next of kin, consented to the marriage. Descended from the landed gentry of the Bluegrass, the bridegroom had led a colorful life. He was an emancipationist passionately promoting the abolition of slavery in his newspaper, The True American. In 1855, he donated land and money to help start Berea College. While serving as President Lincoln’s Minister to Russia, Clay played a role in the purchase of Alaska in 1867. While in Russia, he allegedly carried on an affair with a ballerina with whom he had a son, Launey, whom he adopted. His wife, Mary Jane Warfield Clay, left him after enduring 45 years of a tumultuous relationship; in turn, he divorced her for abandonment. By the time of his second marriage, Clay was extraordinarily eccentric, carrying two pistols and a knife for protection, and defending his home, White Hall, with a cannon. 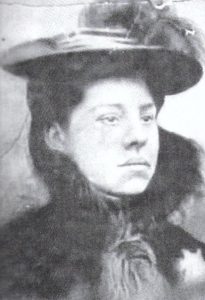 During the nearly four years Dora and Cassius M. Clay were married, she suffered from bouts of depression and frequently retreated from “White Hall” to stay with her brother, McClellan, at his home at Valley View. Following her departure on July 3, 1897, Clay filed for a divorce which was granted on September 9, 1898. In the meantime, Clay bought Dora “Pinkard Farm” in Woodford County containing a cottage, which he outfitted with furniture – some allegedly from “White Hall” – and he promised to support her as long as he lived.

Six days after the divorce was granted, Dora Married Riley Brock, said to have been a childhood sweetheart. Brock was a sawmill worker who also happened to be a drunkard, a gambler, and a counterfeiter among other things. The Lexington Leader reported the upcoming marriage but noted that Dora had been expected to wed Willie Bryant, “over whom she had so much trouble with the old ‘Lion of White Hall,’ but she tossed Willie overboard about two months ago and has since been receiving constant attention from Brock, who is 24 and handsome.” The wedding was held at Dora’s cottage at “Pinkard Farm.” Among Riley’s antics during the marriage was the sale of the furniture from Dora’s cottage. 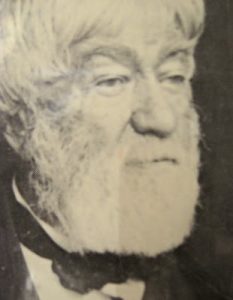 CASSIUS M. CLAY at age 84 on the day of his wedding to 15-year old Dora Richardson.

In October 1899, Dora gave birth to her only child, a son named Cassius Marcellus Clay Brock. Meanwhile, Dora returned to “White Hall” as a housekeeper and helping to care for her aging ex-husband while some contend that Dora retreated to Clay’s home to escape Riley Brock and his rowdy friends. Brock died in Illinois on June 28, 1903 as he and two others were skipping moving train cars and he fell between cars and was crushed to death.

Just four days after Riley Brock’s death, the Xenia Daily Gazette reported on July 2, that the widowed Dora had returned to her first husband. “’Bring my Dora back to me,’ he said to his attendant; ‘bring her back, I say,’ and he stamped his foot,” the Gazette reported. The reporter went on to mention that “it is not known if General Clay will again marry her,” explaining that he divorced her because she was in love with Brock and did all in his power to make their home happy.

On December 7, 1904, 24-year old Dora Richardson Clay Brock married her third husband, Samuel Thomas, described as “a young farmer.” Still making news as Cassius M. Clay’s former “child-wife,” Dora’s divorce from her third husband on May 12, 1909 was reported in newspapers around the country.

Dora was living with her fourth husband, Ben Hunt, at Wallace Station in Woodford County when she died of tuberculosis at age 35 on February 11, 1914. Living in deep poverty, Dora’s grave in the Midway Cemetery was marked with a metal marker by compassionate citizens. Years later, the Commonwealth of Kentucky placed a small Kentucky Historical Society marker at her grave. 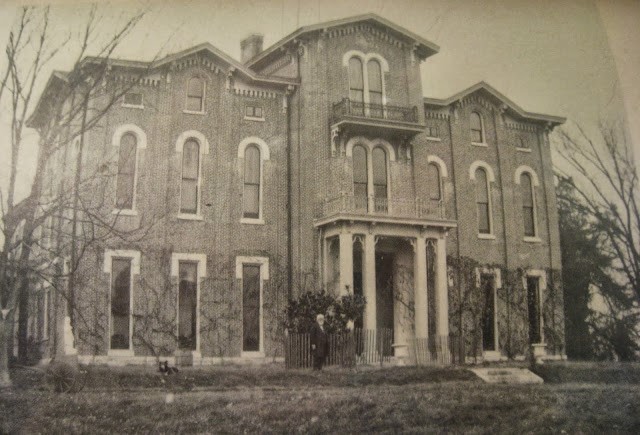 THE FABLED CENTERPIECE of Cassius M. Clay’s farm is “White Hall,” shown in 1984. Clay is seen standing to the left of the front porch of the 44-room Italianate mansion, now owned by the Commonwealth of Kentucky and open for tours.