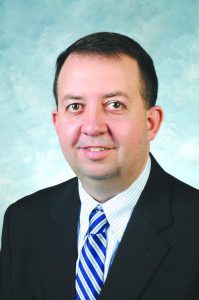 Veterans Day is a day to honor our military veterans every year. As sometimes happens, we forget the history of this special day.

Veterans Day, then called Armistice Day, was originally enacted by President Woodrow Wilson in 1919 to mark the cessation of “The Great War,” or World War I, which ended on Nov. 11, 1918. The U.S. Congress officially recognized it in a resolution passed in 1926 and as a federal holiday in 1938. It was changed from Armistice Day to Veterans Day in 1954, as a way to honor American veterans of all wars.

The original resolution says, “…the recurring anniversary of this date should be commemorated with thanksgiving and prayer and exercises designed to perpetuate peace through good will and mutual understanding…”

We, as Americans, need to ensure that we continue this practice of “thanksgiving,” by truly honoring and thanking our veterans. While ceremonies and free meals are certainly great ways to commemorate our military men and women and their families, it is critical we also take action to guarantee that they are taken care of during and after their service.

As your representative in the House, it is one of my top priorities that we promote policies and enact legislation that does exactly that.

This past session we were able to secure funding for a much-needed veterans nursing home in Bowling Green, which had been delayed for several years. This will allow more veterans to obtain the critical healthcare they so desperately need in age where the federal Veterans Administration has demonstrably failed to do so under the Obama administration.

The General Assembly also passed House Bill 268, which expands death-in-the-line-of-duty benefits to those who serve in the National Guard or Reserves. This measure clarifies that the personal estate of anyone impacted by this legislation will be inherited by their spouse or dependents. Also, the estate of any member of the United States Armed Forces, who is a citizen of Kentucky and dies in the line of duty, shall be exempt from certain fees.

House Bill 375 permits support to Kentucky’s military spouses who are facing unemployment due to a change in the location of their post. This legislation would permit eligibility of benefits to the spouse of a military veteran who is forced to change their living situation due to relocation in another part of the country.

The General Assembly also increased the ability of Kentucky Department of Veterans Affairs (KDVA) at a competitive wage by allowing them to hire licensed nurses on a personal service contract. KDVA’s inability to offer a competitive wage has led to a large number of nursing vacancies for veterans’ facilities across the state.

The House Republicans want the entire veteran community to know how much we appreciate and honor their service. In the spirit of this holiday, we choose to not only say ‘thank you’ but represent veterans in a way that reflects our gratitude. The leadership in Frankfort understands that veterans represent the very best that America has to offer and we will always stand with them.

There is no higher honor for me than to serve as your representative in Frankfort. As always, I welcome your comments and concerns on any issues impacting our Commonwealth, even while we are not in session.  I can be reached through the toll-free message line in Frankfort at 1-800-372-7181, or you can contact me via e-mail at bart.rowland@lrc.ky.gov. You can keep track of committee meetings and potential legislation through the Kentucky Legislature Home Page at www.lrc.ky.gov.

This column was produced by House Majority Communications, and made available for House Republican Members to distribute.