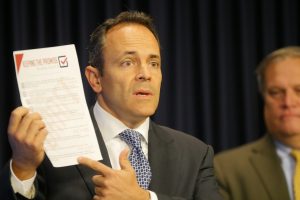 While the central theme of Gov. Matt Bevin’s joint press conference with House Speaker Jeff Hoover and Senate President Robert Stivers was proclaiming their pension reform plan was “Keeping the Promise” to address Kentucky’s woefully underfunded retirement system, the response has been a mixed bag of reactions.

“Keeping the promise is really the crux of what we are doing here today,” Bevin said as he and the legislative leaders reviewed 10 highlights of the plan they have worked on behind the scenes for months.

The GOP triumvirate said their plan will “meet the legal and moral obligations owed to current and retired teachers and public servants” while simultaneously create a new funding formula that will put “hundreds of millions more” dollars into the plans beyond the actuarily required contribution.

In releasing the plan, Bevin said “we have delivered on the promise” to safeguard the benefits of retirees and current public employees, noting that “this is a good day for the workers of Kentucky.”

During last week’s press conference, Speaker Hoover reviewed some of the features of the proposed plan including no increase in retirement age for current public employees, and no clawbacks or reductions to pension checks to current retirees. Future non-hazardous government workers and teachers will be enrolled in 401(k)-style defined contribution plans rather than the current defined benefit plans. Hoover said the new formula would provide comparable retirement benefits. 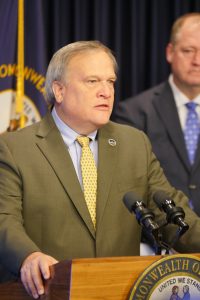 President Stivers said that future first responders and hazardous employees will continue in their defined benefit plans. By comparison, legislators whose generous defined benefits plans will stop will be moved to the same defined contribution plan as rank-and-file employees under the Kentucky Retirement Systems.

The plan calls for an effective date of July 1, 2018, according to Bevin, who also said the changes would upgrade the Commonwealth’s deteriorating credit ratings.

While nearly every city and county government in the south-central Kentucky region have joined dozens of others across the state in calling for a separation of local workers’ pension plans from the unstable Kentucky Retirement Systems, Bevin said such a move was irrational.

Hoover indicated that once the proposed bill is completed, he anticipates House committees beginning public discussions on the legislation before a special session begins.

After the press conference, members of the media were given a 7-page handout giving highlights of the various retirement systems and that changes that will be proposed. 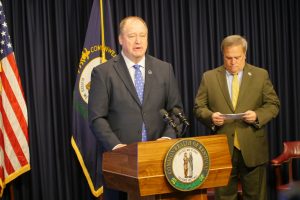 SPEAKER OF THE HOUSE Jeff Hoover.

Some of those highlights include:
• Teachers who retire after July 1, 2023 would not be able to use the value of unused sick days when calculating retirement benefits. Also, teachers currently able to use their three highest years of salary to calculate benefits would only be able to use their highest five years of salary.
• Future public employees and teachers who retire and take a new full-time job elsewhere would see their pensions suspended as long as they hold that job.
• Public employees can expect to pay 3-percent more for health benefits.
• While current retired teachers would not see their pensions cut, they would not get a 1.5-percent cost of living increase for 5 years while current teachers who retire won’t get a COLA adjustment for the first 5 years of retirement.
• Legislators would switch to the same retirement system as other state employees.
• The retirement age will not be raised.
• Hazardous duty employees – law enforcement, firefighters, emergency personnel – will remain under the same system they currently have.
• New teachers and public employees hired after July 1, 2018, won’t get a pension; instead, they would be enrolled in defined contribution plan such as a 401(k) account.
• As of July 1, current employees can choose after 27 years of service to retire with a pension or continue working but close their pension account and begin contributing to a defined contribution account.
• Teachers who have completed 27 years of service would be able to keep working for 3 additional years and continue contributing to their pensions. 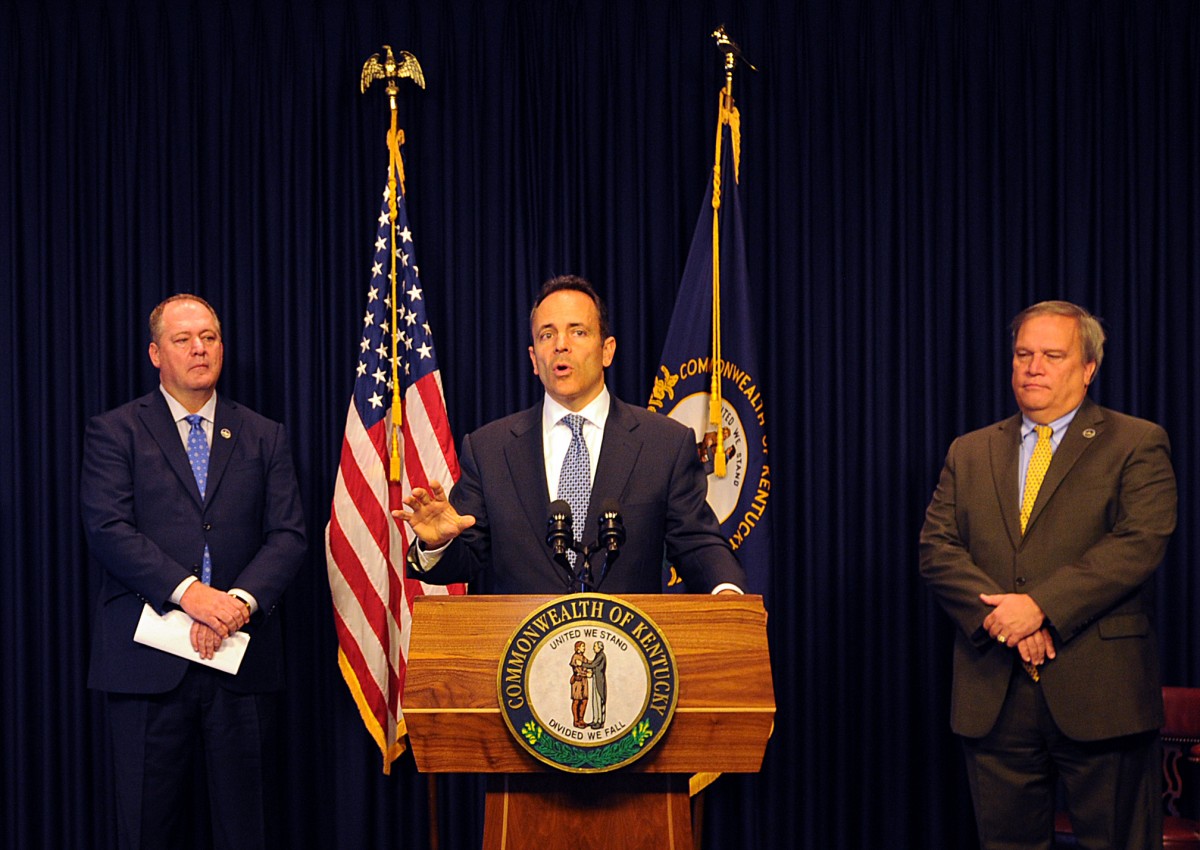 Jason Bailey, Executive Director of the Kentucky Center for Economic Policy, warned that “almost no state has moved to 401(k)’s” for government workers. He said defined contribution plans such as those proposed result in 30 to 50-percent reductions in the value of retirement benefits compared to the current defined benefit plan currently in place.

Kentucky Government Retirees’ director, Jim Carroll, said via a statement that his organization appreciated the work state leaders have done to address the pension issue but noted that “proposals to arbitrarily limit the accrual of benefits betray the pension promise and violate the contract rights of Kentucky Retirement Systems members.”

A more positive response came from Sarah Devasher-Wisdom, COO of Greater Louisville, Inc. She said her organization, comparable to a local chamber of commerce, found Bevin’s proposal encouraging. In a statement she said, “by adopting a defined contribution plan for new hires and a level dollar amortization approach for debt payments, Kentucky has an opportunity to make a serious commitment towards paying off the pension debt and improving the Commonwealth’s credit rating.”

The Kentucky Retired Teachers Association, a not-for-profit organization serving retired teachers, also issued a statement on the proposals as seen to date. “We appreciate that policymakers have listened to our concerns and have indicated their willingness to keep their commitment to retired educators,” however, the group’s leaders said they had concerns about the reforms being financially sound. “Based on the outlines provided, the math just doesn’t seem to add up.”

“KRTA has not taken any position on any possible reforms. Once a full proposal emerges, we look forward to working with lawmakers to provide our input,” the statement said.

Jim Waters of the Bluegrass Institute said, “we’re troubled more by what’s missing from this proposal than by the very modest changes it offers, changes for which there was much hype but little help and quite possibly additional harm to hard-working Kentucky taxpayers in the future.”

Waters criticized the notion of allowing teachers to collect what he termed “lavish sick-day benefits” for 5 more years as provided in the current plan, a move he said “will continue to grow the system’s liability.” He also noted that the plan offered no insight into protecting taxpayers from “future shenanigans by actuaries beholden to the systems, who offer false assumptions to supersize benefits.”
Waters said he wasn’t opposed to moving workers to a 401(k)-type plan but he said it would be “hard landing and a hard sell.” He said the move will eventually help but “won’t be enough by itself to solve the urgent crisis the commonwealth faces.”