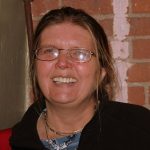 When the Kentucky Headhunters get excited, music lovers know they’re in for a good time. And guitarist Richard Young says they’re “very, very excited” about their upcoming home show at Glasgow’s Plaza Theatre on October 28. For one thing, the Halloween bash will be the vinyl release party for their 2016 album “On Safari.” And for another, they’ll be helping the Center for Courageous Kids, a Scottsville nonprofit that serves medically fragile children.

“My wife brought them to my attention, so we researched it and found this wonderful place helping people with a great many childhood diseases,” says Young. “People come there from India, from all over the world, but they’re less well known right here in South Kentucky and North Tennessee. So we want to make locals aware so they can help them out.”

Despite their Grammy award in the 90s and decades of intensive touring (including the UK and Sweden now that Young’s son, Black Stone Cherry drummer John Fred Young, has convinced Dad to give air travel a try) the Headhunters remain what they’ve always been: sons of Metcalfe County. 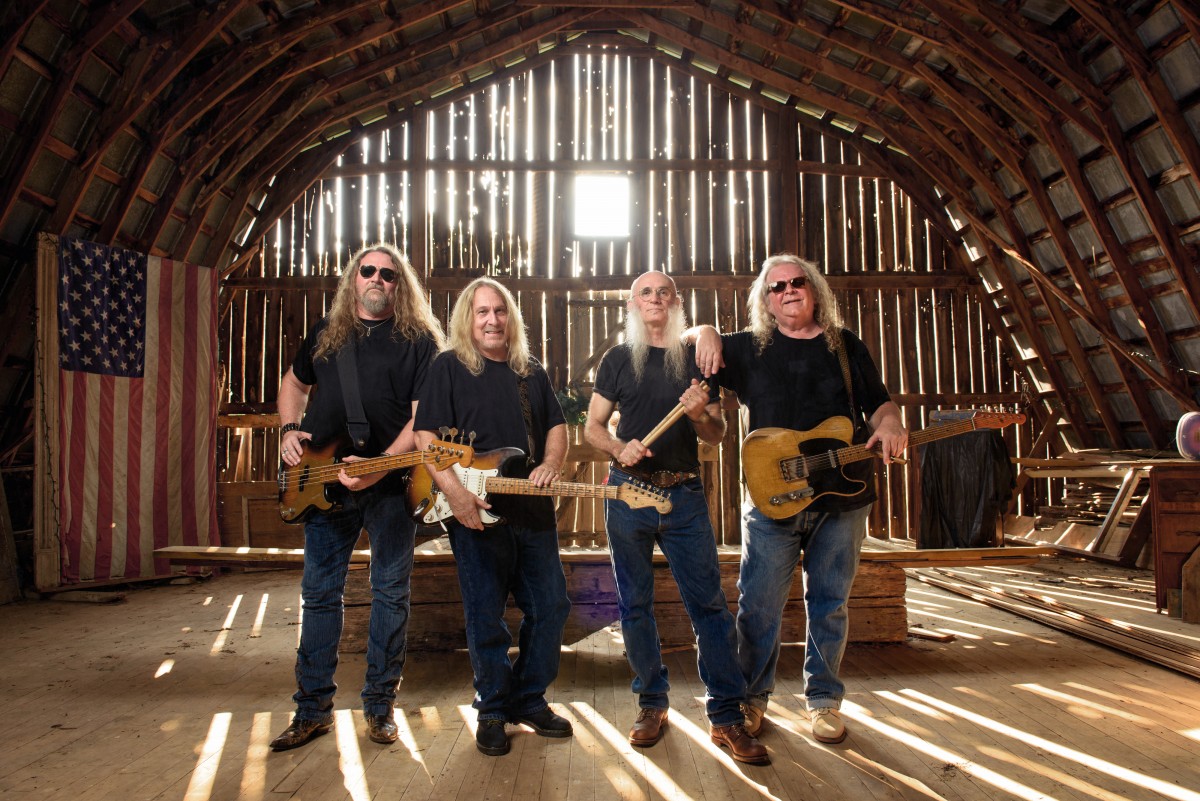 A cut on “On Safari,” “Beaver Creek Mansion,” is a hard-driving anthem that puts their part of town on the map. “It’s a blend of the farm, the Practice House my grandma gave us in ‘68, and my parents’ house,” says Young. “Our old bandmate Mark Orr wrote it. He sang with us for a few years; while we were all listening to Sergeant Pepper, he was in Nam. He had a really insightful view — the song mentions Mom, Dad, and the black gentleman who helped raise me. None of us wrote those lyrics, we’re almost too close to it to see it like that.”

While playing here, there, and everywhere, the Headhunters — Young and brother Fred Young on drums, Doug Phelps on bass and lead vocals, and Greg Martin on lead guitar — have picked up more than a few distinctions. Besides the Grammy for “Pickin’ on Nashville,” they’ve had two Top 10 charting albums, four consecutive Top 40 hits and countless other honors. Nobody does it quite like the Headhunters do — and they’ve been doing it for a good long time. “Coming up on 50 years now since we started as the Itchy Brothers, and 31 as the Kentucky Headhunters; it’s mind-boggling when you think about it,” says Young. “And we still farm. Being a farm kid and a musician — it’s a great life, a charmed life.”

“On Safari” was recorded right after the death of the Young brothers’ beloved dad, and his sons played their hearts out. “We were devastated,” says Young. “It seemed like a fitting time. A lot of people are saying it’s our best ever; I think it’s the most insightful in terms of capturing who we are as people, our rural lifestyle.” And wherever they go, the bass drum emblazoned “Metcalfe County” goes with them. “We used to see that drum in parades in the ‘60s. When they acquired a new shiny bass drum, we pulled that one out of the dumpster and we’ve been using it ever since.”

He’s grateful to his son for twisting his arm and getting the Headhunters overseas. “He was being asked, ‘When’s your daddy coming over to play?’ and got tired of saying, ‘Daddy won’t fly.’ So he just said, ‘OK, it’s over, you’re going on an airplane.’ We played in front of tens of thousands of people, the biggest rock festival in Sweden. We spent three days in Malmo, a beautiful place with a big square like Glasgow, but ancient buildings and cobblestones and Viking statues. You could just walk outside and find 20 little restaurants, sit down and have a beer and talk to people; I learned so much about Scandinavia. I met a guy from Germany, in Malmo selling some Biblical coins, and we talked archaeology, which I’ve been into since I was six or seven years old.”

They’ve got an avid following around the globe, but whenever there was an opportunity to sell out, these locals turned the other way. “The music business is a very cutthroat business and we don’t come from cutthroat backgrounds,” says Young. “If it’s gonna cause someone anguish or trouble we just won’t do it, period, no matter what the cost. There are four of us and everything’s shared equally, and some of our crew has been with us 25 years; the slogan is that nobody works for us, they work with us. There are five crew looking after things, and they’re an extended part of the group. All nine of us ride the same bus, and if there’s ever a cross word, it’s cleared up by the time you walk to the other end of the bus and back. Drivers fight over who gets to drive us. We’ve just never really fit into that cutthroat thing; not to say we’re not shrewd, but we’d rather lose out than hurt someone.”

Growing up, the boys listened to classic British Invasion groups like Cream and Led Zeppelin; Young has said in many another interview that their original dream was to be a British rock band but that geography ruled that out. But in the album notes of those bands, they discovered the influences in their own back yard: legends like Muddy Waters and Howlin’ Wolf, without whom the Beatles and the Stones would never have existed. Every one of the albums the band cut with Mercury includes a cover of South Central Kentucky bluegrass legend Bill Monroe.

With the sky no longer the limit and an offspring who’s constantly touring with fellow greats, who knows what the Headhunters might do next? For now, though, they’re thrilled to be playing Glasgow. And no one has ever been able to copycat what Billboard critic Ray Waddell once called “arguably the most consistent and durable Southern rock outfit on the planet.”

“When we first came out, well, Nashville has a tendency to try to duplicate success,” says Young. “They tried, but where they missed the boat is, you can’t just throw a bunch of guys together and get what we do. It takes years and years of hearing no and getting your fingernails dirty on the farm. We’re lucky boys who’ve lived a charmed life: go out and meet our heroes, come home and work on the tractor in this old school town.” 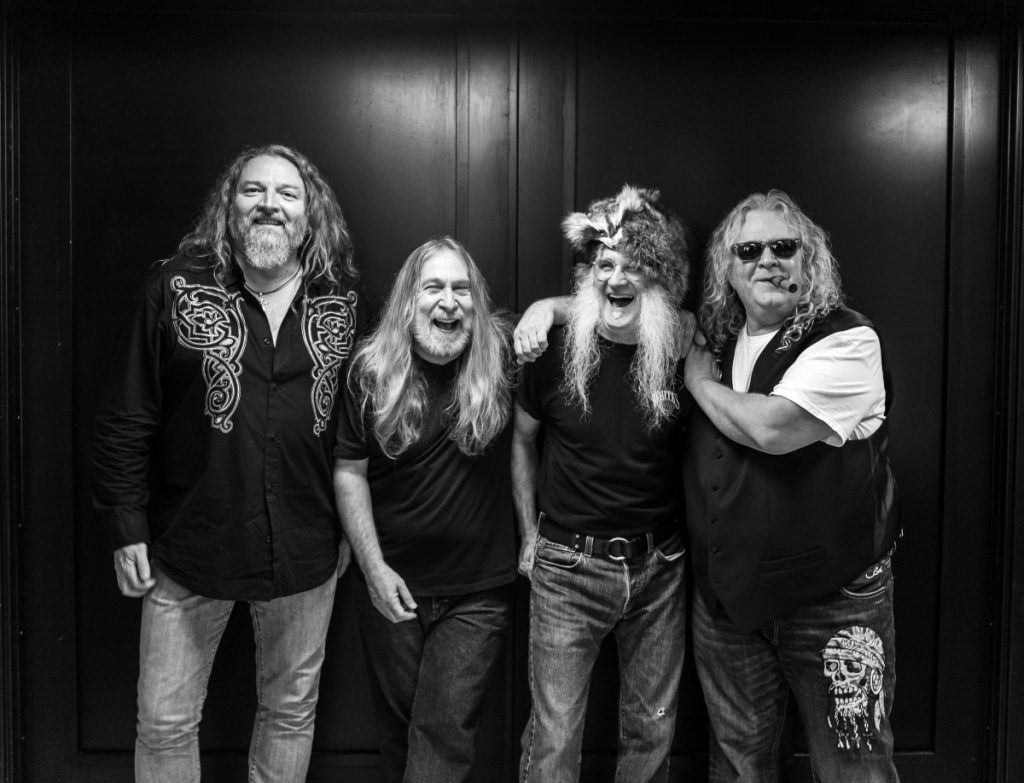 Bowling Green rock band Kiss Kiss Bang Bang will be opening for the Kentucky Headhunters at the Plaza; the show starts at 8 p.m. on Saturday, October 28. For advance tickets at $20, call the theater’s box office at 115 E. Main St., 270-361-2101, or purchase online at www.historicplaza.com. Tickets at the door will be $25.