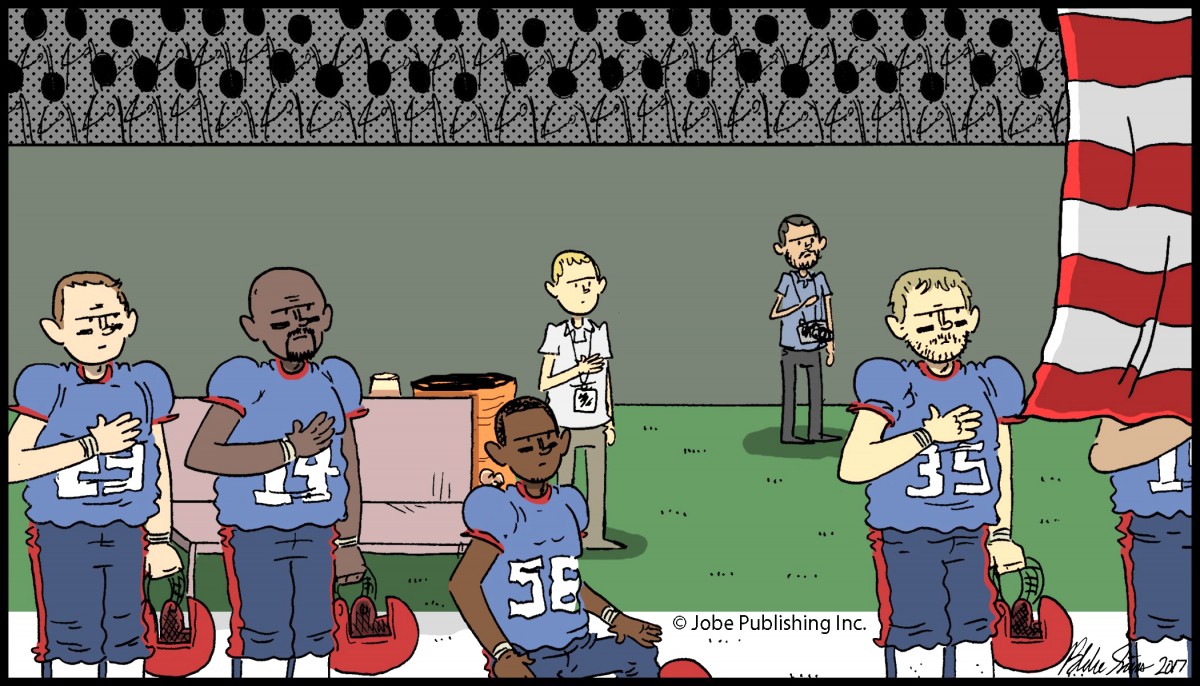 I can think of nothing more obvious coming from the most recent Presidential election than the fact that the liberal media has joined the ranks of Hollywood and collegiate elites and because of this they have lost touch with middle America.

In the few months following the election it seemed large professionally conscious news organizations were seriously making efforts to learn from these mistakes and change. One of the indicators came to me in the form of a phone call from a gentleman by the name of Campbell Robertson. He was a reporter for the New York Times and assigned to southern United States.

Robertson asked if I could manage my schedule to spend a day with him to discuss my views of what may have caused this to happen. Of course, any small-town newspaper publisher would be hesitant to discuss anything on the record with a large out of state newspaper reporter. But honestly, nobody has a better seat to see the biases than we do.
For years I sat beside reporters such as Al Cross, Joe Gerth and Ronnie Ellis and I often shared with them I couldn’t even recognize the meeting they would write about in their columns.

So, I agreed to let him come to my office in Glasgow but I did share that I had some serious reservations about the meeting; and reminded him I would be interviewing him as well.

The day went well. He seemed like your everyday disheveled, hard-working, intelligent, and quite possibly underpaid journalist.

After talking for hours, he repeated back to me a scenario I hadn’t thought too much about. He said it seemed my theory is that community newspapers get it right because you know not only your family and friends are watching but they very well could have been present at the meeting you covered and quite possibly could have much the same information you do when formulating an opinion.

Wow, he figured out what keeps me honest.

Honesty is what motivates me as a publisher. Naturally, we must pick and choose the coverage we write about outside community meetings, sporting events and spotlight features; and those stories should have not one thing to do with politics.

He didn’t seem to grasp this thought so I picked up several copies of the daily newspaper I had borrowed from George J’s that morning at coffee. I explained it doesn’t surprise anyone who reads this newspaper’s front page that they will be covering either some extreme conservative, or extreme liberal issue. He seemed to catch on after a bit of discussion that they upset large pockets of Democrats and Republicans because few on either side support the extreme positions and we don’t want to be associated with them.

We parted and I don’t think he ever wrote anything regarding his visit with me and I am pleased; I have come to realize when anyone in the world of media is calling me it isn’t to help me.

I’ve not seen any difference in the NYT coverage even though he had seemed genuinely interested in trying to do so and I continue to see examples that Joe Gerth and Ronnie Ellis don’t care to change either.

Just a few weeks ago, Gerth tossed all Kentuckians under the bus as he seemed to want to make us anti-gay, homophobic-electing backward hicks because a company chose not to locate a headquarters in Louisville. Ignoring the thousands of jobs already here because of them.

This theory may have sold in the past but it doesn’t any longer and serves as an example of how he is out of touch with most of his fellow Kentuckians.

I hesitate to point out specific issues with other newspaper writers because most are harmless due to of their predictability. Yet, Gerth seems to be doing something out of the ordinary and I feel if it continues it will hurt our state terribly. He is mentioning names of corporations and job providers using them as pawns in his game of political biases against Republican Governor Matt Bevin.

This week he referenced a company that recently announced more new jobs coming for my home county of Greenup than I have seen in my lifetime. We need the jobs there and we don’t need a political activist targeting the company or administration making it possible.

He has been trying to throw out some hate bait on Twitter because of his support for NFL players taking a knee during the National Anthem and few reasonable individuals bite. So, when he got wind of this CEO issuing a statement saying it would be against company policy he saw an opportunity to take this to Governor Matt Bevin.

Of course, if this company has issued enough stock to Kentucky to secure the legal requirement of I believe 25% then they should be held to the same standards as all government agencies. But I doubt very seriously this percentage has been reached as I give them too much business savvy to do such a thing.

While Gerth’s column probably won’t reach 100 homes in my hometown, he will excite the political agitators and they could very well cause this company problems. These few agitators and special interest groups are much the reason good companies once thriving in Ashland move out. Gerth even led the conversation to an issue he knows this CEO referenced as a reason he chose Kentucky: right-to-work.

I’m not sure where this company has employees but if this CEO made a mistake it is not knowing a policy isn’t needed in Greenup County for disrespecting our flag or National Anthem. A policy I’m comfortable Jobe Publishing will never need; because you won’t see our photographers or reporters taking a knee on the sidelines. At Jobe Publishing we support both, the rights of individuals and our company.

I look forward to seeing Al Cross, Joe Gerth, and Ronnie Ellis taking a knee at next year’s Fancy Farm picnic.
Once again because of his coverage our citizens were insulted, and a company was attacked to excite the political divide needed to give the extreme portion of the party he supports a slight chance in regaining public policy.
The same failed approach that drove the 2016 election cycle.