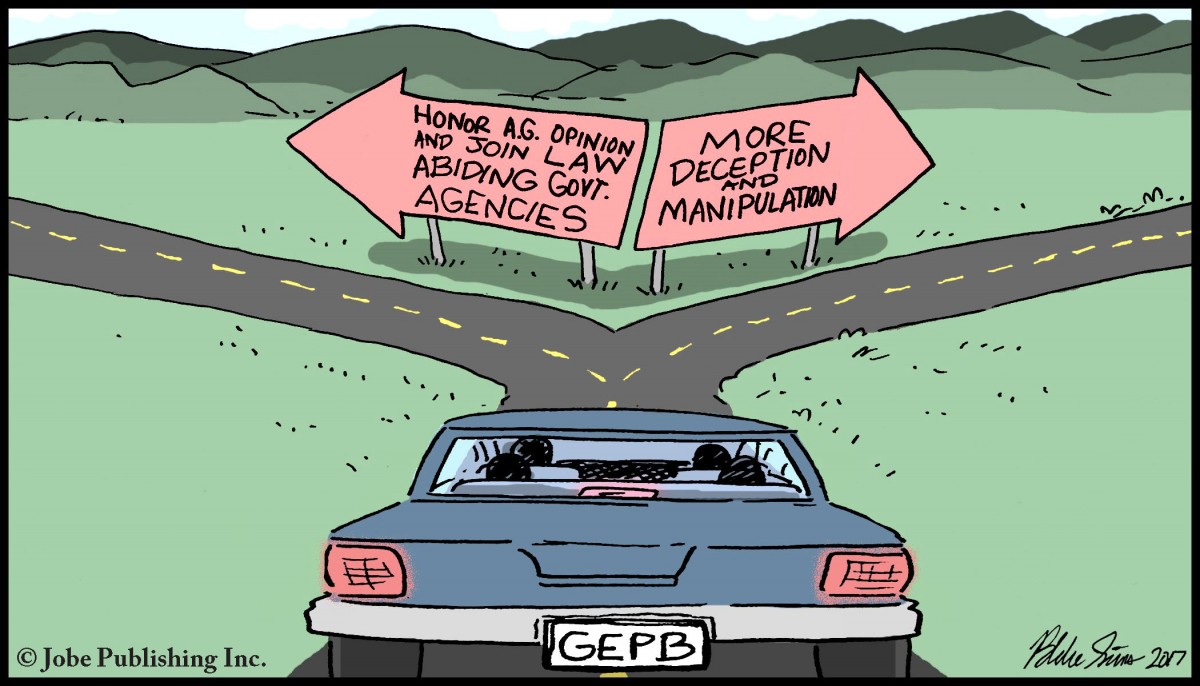 Not long ago we had bold headlines around our country questioning the role of loyalty and how it affects governance.
Who among us can forget the shock and awe we faced during the last weeks and days of the 2016 Presidential election with FBI director James Comey flip-flopping on investigations about Hillary Rodham Clinton?

I remember sitting at home and hearing President Donald Trump praising Comey and later both men detailing how he had in some degree pledged his loyalty. Is this what being a government official is all about? Is this how being an FBI director or perhaps a government attorney, or elected officials should handle themselves?
I don’t think so!

Let’s look at some of the attorney and government discussions surrounding the Glasgow Electric Plant Board and see where you feel their loyalties fall; with the people who hired them or the people who pay them.
Let me make it clear I am not an attorney and my thoughts are based on observations with one goal in mind: making sure the community we serve is given the respect it deserves.

Honestly, I have felt myself being on an emotional roller coaster because with each turn I find yet another friend being thrown under the bus when all it took years ago was for Superintendent Billy Ray to say, “I am sorry, I have made mistakes and we will fix it,” or the board in which employs him say, “we accept full responsibility for allowing these issues to happen and we will fix it.” Instead, they are in denial, determined to prove they are right, the people who hurting are too ignorant to manage the intellectual rate structure in place and now with the facts at hand they have made our council, our mayor and so many others accomplices.

It has already been proven they were wrong not to disclose the names of the 330 SET project participants and somewhere along the way they got bad legal advice.

As I have written previously, I don’t think it is legal for Ray to offer narrative and direction for votes with board agendas and I don’t support the city council’s special attorney Danny Basil’s agreement with them to continue offering the same directions but to include them available on a website. I don’t think it honors the essence of the law and I have asked for them to comply with no success.

Perhaps one of the biggest surprises and what I was sure would sway any sincerely unbiased council member wanting justice for the community was when Councilman Jake Dickinson introduced the 1980 Attorney General Opinion requested by GEPB Board attorney Jeff Herbert. Their own attorney asked the Attorney General if they had to follow the Model Procurement Code and was told they should.

But honestly this paled compared to the feelings I felt hearing Basil say the board had a legal opinion telling them they didn’t have to follow the Model Procurement Code and because of this he felt it best to replace the board members through attrition.

For me, the issue was over until I asked for a copy of the legal opinion Basil referenced and was told it came from Jeff Herbert, the GEPB’s attorney.

This makes my stomach churn that the same man who requested an AG opinion would turn around and advise the board not to do so and justify it by referencing a newer KRS ruling saying they “may” establish their own procurement policy.

Seems Herbert’s advice is along the lines of, GEPB didn’t establish their own policy so we don’t have to follow the one I was told we must follow. I disagree with this thought and so does every government agency I could reach over days of calling. They all follow the same KRS.424-260 Herbert was advised to follow. I even found non-government owned electric cooperatives that choose to offer competitive bidding to assure their members of ethical practices and can find not a single one who feels as Herbert.

The city of Glasgow follows the same referenced codes and all departments within the city follow the same codes as well as Barren and all surrounding counties. I have found that not only does the Kentucky League of Cities say it is mandatory for all government entities within the city to bid all work and services over $20,000 but the Tennessee Valley Authority itself has followed a strict transparent Procurement Code since the day it was established in 1933.

I’m certain if TVA had a legal department working for the people they serve instead of management they would want to address the issue that they allowed a single man to expense $7.4M ignoring all local, state and federal Procurement laws.

Perhaps not all members of the GEPB were aware of the 1980 AG ruling but without a doubt Superintendent Billy Ray and Board Attorney Jeff Herbert are because they were there and chose to ignore it. Of course, the GEPB, Mayor Dick Doty, and Council members don’t have to take my word, but they owe it to our community to care enough to research it themselves. A good place to start might be with their own City Attorney Rich Alexander; I’m comfortable he understands the law and has the character to defend the community that pays his salary.

Even though it could be an insult to his education and his intellect to ask him to request an AG opinion on this issue, he could. Let the AG confirm or deny Herbert’s position or the dozens of other city, county, board attorney and legislative opinions I found from my phone calls.

For 37 years GEPB customers have paid Jeff Herbert to enable Billy Ray to run the Glasgow Electric Plant Board as if it is his own private company instead of a municipally owned utility service.

Will Mayor Dick Doty, this city council and TVA attorneys continue to allow millions to pass through the GEPB with no assurances federal and state laws are being honored?