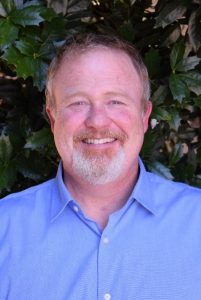 While there was no official announcement to the public, Mayor Dick Doty’s nomination of Glasgow accountant Tag Taylor to the embattled board of directors of the Glasgow Electric Plant Board spread throughout the community last week. As requested by Glasgow City Councilman Jake Dickinson last December, Doty informed council members of his chosen appointee two full weeks prior to being on the agenda for approval.

Taylor agreed to his first interview as the nominee and fulfilled his commitment last Wednesday in a candid discussion of his qualifications to serve on the board as well as his understanding of issues relating to the public utility.

Among the complaints of some GEPB customers is that the board is currently made up of individuals perceived as being successful professionals who are well-educated and connected to community movers and shakers while not havings the interests of average citizens at heart. Asked what he can bring to the board, Taylor said he understands the daily strains of the middle-class family.

“I was raised middle-class and I currently am middle-class. I understand the struggles of having three children and of meeting your budget each month. I know the impact that increases in expenses put on a family’s budget – how disruptive that can be and how it brings changes in your lifestyle. I understand that having one thing in your budget going up can be dealt with, but having 8 or 10 things all going up is difficult and disruptive.”

Taylor is a Certified Public Accountant in his family’s business, Taylor Polson & Company, a Glasgow accounting firm of which his father, John M. Taylor, Jr. is a founding partner. He has worked as an accountant for 22 years. Additionally, Taylor is one of four partners is Photogensis Energy, a solar power developer in California, and he is one of three partners in an energy efficiency company called Viridis Energy that works primarily in Florida.

Taylor said he hopes the combination of his professional work in finances and his knowledge of energy companies and emerging energy trends will be valuable to the GEPB board. “I’m not an engineer, but I do understand how tariff structures work along with demand schedules and the current market trends,” Taylor explained. His association with the two energy companies has helped him understand solar energy, peat shaving projects, energy storage, and energy efficiency, Taylor said. However, he cautioned, “Nobody is an expert since it’s constantly evolving.”

As for an involvement with the Glasgow Electric Plant Board’s operation, Taylor said he’s never done the utility’s audit but “I do have a robust understanding of government entities – and the laws surrounding them – and the challenges they face in generating revenue to meet their expense burden.”

Among the issues emerging from the 21-month long GEPB saga is the Model Procurement Code, a 100+ page set of regulations that, according to the American Bar Association, helps create transparent, competitive, and reliable processes by which public funds are expended through contracts with private sector businesses. As revealed in recent months, the GEPB has never adopted the Model Procurement Code while virtually all public agencies throughout Kentucky have done so.

Asked about the Model Procurement Code issue, Taylor said, “Now that they’re [GEPB] considered a component unit of the City of Glasgow, it would lend to less questions and better efficiencies if they were consistent in their procurement methods.”

“The reason you have the Model Procurement Code is you want to make certain that tax dollars are not being funneled to one person – that everyone has equal chance at those same taxpayer dollars since everyone is a taxpayer,” Taylor explained. “The only argument I can see is that EPB doesn’t generate revenue from tax dollars, they generate revenue by selling electricity. That’s the only argument I can see about not following it.”

Asked if he would support the GEPB adopting the Model Procurement Code, Taylor said “I do feel like if there are taxpayer dollars being used for the procurement of equipment or construction, there needs to be a fair and equitable bidding process.”

Another issue of concern has been disparity of Infotricity, the GEPB’s unique rate structure that has been in place since January 2016, and the resulting bills for large business customers versus residential customers. Among the features of Infotricity is the concept that consumers pay only for energy used. By comparison, the previous rate structure used for decades calculated bills in a way that some electrical consumers were paying for energy they did not use while others used more energy than their bill charged.

Since going into effect, some large businesses have enjoyed dramatic reductions in their monthly bills, some purported to be around $6,000 per month. At the same time, some residential customers on the Infotricity rate structure have complained that they use less energy to the detriment of their lifestyle while their utility bills have increased.

Asked his opinion on the disproportionate bills, Taylor said, “If your concern is fairness, then that’s a much harder hurdle to jump than what is right. Everybody has wildly varying opinions on what is fair. We have, usually through our own moral code, a pretty good idea of what is right. If we’re concerned about what is right – and when I speak about right I’m talking about ‘the least of these” who can’t afford it – that’s a fairly easy fix.”

Billy Ray, the GEPB Superintendent, and his work for the city-owned utility has also been in the spotlight. There have been unsuccessful measures before the city council directing the appointed GEPB board to terminate Ray’s contract and repeated calls for his ouster.

Some have maintained that Taylor remarked, “I’m okay with them firing Billy Ray because I would like to hire him for my solar company.” Asked about the comment, Taylor conceded, “I did say that but I said it to Billy Ray as a joke to add a little levity to a hard situation when I saw him out one day. Basically, what I’m saying to him in that statement is that he’s extremely educated and adept in this market.”

“But, that doesn’t mean that Billy Ray and I always agree because we don’t. I’ve been to his office several times regarding some projects and we’ve butted heads. In fact, in one instance I scheduled myself to be at his board meeting because I wasn’t getting anywhere dealing with him. When I arrived before the board meeting Billy came out and said ‘let’s try to work this out.’ We went into his office and met for about 45 minutes and by the time we came out, we’d found a solution. Neither one of us got what we wanted but it was something I think everyone could live with.” Taylor explained.

“Billy and I don’t agree on several things but that doesn’t mean I don’t respect his opinion and his education and his knowledge.”

Asked if he felt Ray had effectively managed what some believe has been a community crisis over the past 21 months, Taylor said he needed more detailed information about Ray’s contract. “I’d have to look at the EPB manager’s contract to determine if part of his job is managing community crises and if that would be part of his evaluative criteria.”

“When you have differing opinions on an issue, I have found that when people have dug in to their position on an issue, it’s very difficult to dislodge them, no matter what you do. I’ve found the best way to avoid conflict is through education and knowledge and make sure people know what is going on,” Taylor said.

“I do know that the EPB and Billy Ray attempted to educate members of the community because I attended one of the forums myself. There is responsibility on both sides: one to educate and the other is being willing to be educated.”

A criticism about Ray has been that he once retired from the GEPB and was later rehired as a contract employee. Asked if he believes such practices, commonly known as “double-dipping,” are appropriate for Ray and/or other employees of GEPB, Taylor responded “Generally, being from a small community, I think it’s imperative that we try to retain talent that we have and if that’s a tool for retaining talent that can’t be filled otherwise, then I believe it’s a tool that should be utilized.”

Board briefings vs. open meetings

One practice of Ray that has come under scrutiny is issuing a briefing to GEPB directors prior to each board meeting. Those documents explain items for discussion and/or action on the meeting agenda. Some have contended that the briefings eliminate discussion in open meetings, meaning that the public does not have the opportunity to hear the discussion and observe how a conclusion is reached. Further, some have claimed that Ray’s commentary sways board members to vote as he desires. In either case, some have argued that the practice skirts the open meetings laws of Kentucky.

As part of an agreement reached between GEBP management and the city council through special attorney Danny Basil, the public utility has recently begun posting the briefings on various online websites it controls and in the lobby of the GEPB’s offices.
Asked his thoughts on the subject, Taylor said, “I think intent has a lot to do with it. There are several instances in which public officials unintentionally break the law and when notified of that violation, they make changes and move on.”

“I will tell you this: if I’m on a governing board of any public agency and an employee or management of that agency knowingly violates the law and it damages the citizens of this community, they should be removed from that position. Absolutely.”

“I don’t know everything but I’m willing to learn,” Taylor said, adding that he is approaching service on the GEPB board with two overarching principles.

“One is constantly asking what is fair and just. The second is how do we ensure that we follow the teachings of Christ in taking care of those Jesus said are ‘the least of these.’ I fail miserably in that every day, but I feel if I can make decisions on those two overarching principles, then hopefully I’ve made some good decisions.”

The city council’s approval of Taylor’s nomination is to be on the October 9 agenda.