September 12, 1910 – With only 12 members remaining, the Shakers of Pleasant Hill near Harrodsburg, Kentucky faced their colony’s demise and contracted to sell their 1,800 acres of land and buildings to Col. George Bohon. In return, Bohon agreed to care for them and allow them to stay on their property for the rest of their lives.

One of 21 villages scattered between Maine and Kentucky, the Shakers of Pleasant Hill traced their Kentucky origins to Elisha Thomas, Samuel Banta, and Henry Banta, the first Kentuckians to become Shaker converts in 1805. By December 1806, some 44 individuals signed the first family covenant and within two years they were living on a farm they named Pleasant Hill.

Armed with ingenuity, determination, and a strong work ethic, the Kentucky Shakers prospered. Within 10 years, the colony’s products – seeds, brooms, preserves, and cooper ware such as pails, tubs, churns, laundry tubs and barrels – were being shipped to New Orleans for sale. By 1823, the colony had grown to 491 Shakers living on about 4,500 acres. Their dedication to excellence extended to the improvement of their livestock, even partnering with Henry Clay to purchase a bull from England, and ultimately raising one of the largest herds of registered Durham Shorthorn cattle in the United States. In their 105-year existence, the Pleasant Hill Shakers built more than 260 structures that provided for every aspect of their existence.

Through the years, non-Shakers were baffled by the Shakers’ stance on societal issues of the 19th century. They were opposed to slavery and accepted African-Americans as full brothers and sisters as early 1811. As pacifists, they refused to bear arms. Unlike non-Shaker women, female members of the community enjoyed equal rights alongside their male counterparts. 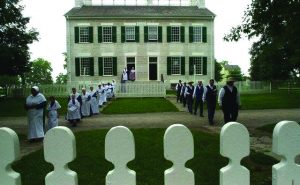 The roughly 500 Pleasant Hill Shakers comprised the third largest colony of the 21 villages, ranking behind New Lebanon with 600 members and the similarly populated Union Village, both in Ohio. From 1787 to the present, there have been a total of 16,828 Shakers. Today, the last Shaker colony – Sabbathday Lake in Maine – has two members.
Leadership at Pleasant Hill waned in the decades after the Civil War. By 1886, the community was $14,000 in debt and membership had dwindled. Over the years, the vast land holdings were gradually sold off and by 1910, only 1,800 acres remained when Bohon purchased the property.

The last Shaker at Pleasant Hill was Sister Mary Settles who died in 1923. Prior to her death, Settles was delighted when American women were extended the right to vote; she proudly cast her first ballot for the straight Democratic ticket.

Pleasant Hill eventually fell into private hands, evolving into a small village commonly known as “Shakertown.” The original buildings were converted to new uses – the Meeting House became Shakertown Baptist Church while the Trustee’s Office was transformed into a restaurant, the Carpenter’s Shop became a general store, and the Farm Deacon’s Shop turned into a gas station.

In 1961, Lexington resident Earl D. Wallace, a retired oil executive and Wall Street financier, began to passionately work to save and restore the Shaker settlement at Pleasant Hill. Many referred to the project as “Wallace’s Folly,” insisting that no one would want to visit such a place in rural Kentucky and casting aside the notion that the Shaker structures were worthy of preservation. Using his own money to finance his volunteer work, Wallace became the first chairman and CEO of Shakertown and spent two years flying around the country calling on his business contacts attempting to raise money to save the historic site. 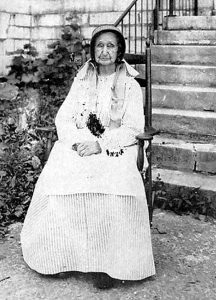 Sister Mary Settles, the last member of the Shaker colony at Pleasant Hill.

Finding little success raising money privately, Wallace changed his approach. In the early 1960s, Mercer County had been declared an economic disaster area and Wallace used his contacts to convince the Kennedy administration to accept his innovative idea. While the federal government had loans available to help build factories, Wallace’s loan application called for restoring a local landmark as a tourist attraction to revitalize the local economy. In 1962, the $2 million loan was approved to restore Shakertown and create 289 jobs. Those funds paid for the restoration of eight buildings and opened the property to tourists to become one of Kentucky’s world-renowned historic showplaces. 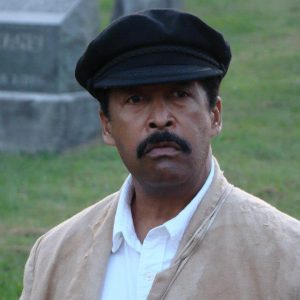 The Bransfords of Mammoth Cave 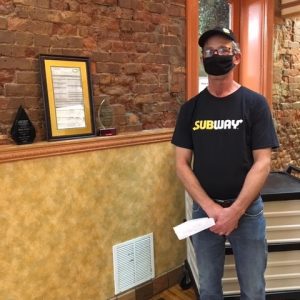 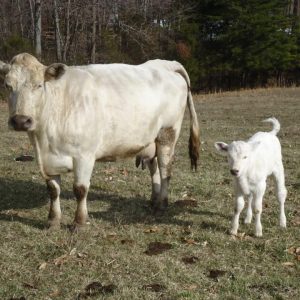 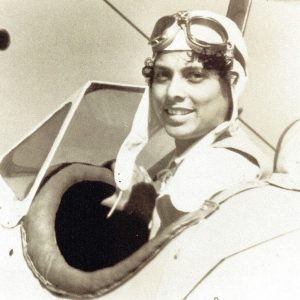