In today’s politically-charged “alt-left” and “alt-right” attacks on our country there is seldom a time to come together as Americans.

But this past Monday, millions of Americans, including Kentuckians set aside their differences to share in the wonder of a natural Mother Nature celestial event.

It sure was nice to not have to endure reading another biased media attempt to tie Governor Matt Bevin, Senator Mitch McConnell, or Senator Rand Paul to the terrible evils of the KKK. I am amazed that any media professional in Kentucky could even pretend to believe such a terrible thing and will forever be ashamed to share my profession with those who pretend to, or share and retweet the work of others suggesting such falsehoods. 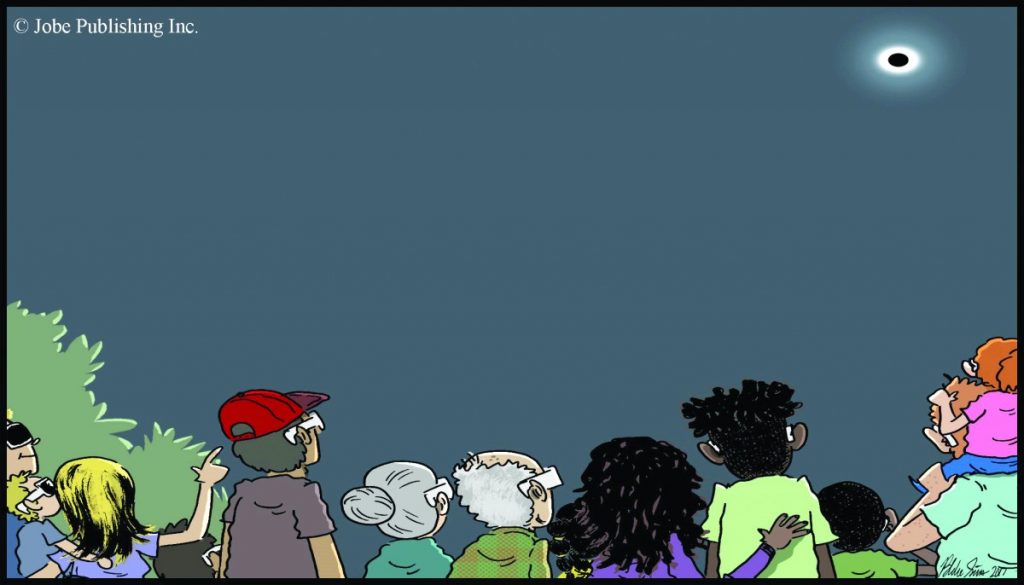 After all the hype leading up to the solar eclipse, the media attention and the expert accounts about the power of a total eclipse, it seemed to me to be this dark circle in the sky where the sun was a few minutes earlier. The dark circle had a luminescent type ring that shimmered a bit and perhaps I saw a planet or two that I hadn’t ever noticed Monday afternoon. Who knows if this is what I thought it was or not, just something I hadn’t noticed before.

But the amazing thing was that our President, his family, and even our Governor were treated with respect for the most part from the media covering the event. Amazingly, the event occurred with no man orchestrating anything for it was a Mother Nature miracle that brought silence and cheerfulness to our entire country.

For a few hours on Monday, millions of Americans across our great nation set aside the political rancor and social tension that have dominated public discourse in past few years to witness the Great American Eclipse – together.

As I watched from my boat on Lake Cumberland with dozens of others tied together floating in front of the dam, a friend and usual political challenger Jimmy Stephens said, “This is a beautiful day and so nice to see people out enjoying it.” He was right because seldom will you find this many families and friends enjoying their boats during the week and certainly not on a Monday.

It is an amazing fact that the shadow of the moon doesn’t discriminate and during a solar eclipse, everything from big cities to small towns, animals, insects and plants, Republicans, Libertarians and Democrats, Louisville, Indiana and Kentucky fans that find themselves in the path of darkness.

Together, we all had the opportunity to look up and see a black circle in the sky where the sun was a few minutes earlier.

I’m not one to get all emotional and certainly not in print for our 30,000-plus readers but I kind of had this feeling that during the shadow we all shared a deep moment and perhaps all of us were connected as human beings.

As the moon began to slide in front of the sun, a quiet fell over the crowd gathered on the lake just as I am sure it did for those in attendance in Hopkinsville. You could hear some hoots and hollering from a distance but for the most part it was calm and surreal for a few minutes.

I thought perhaps it was just me until I later sat down to write this week’s column for the paper and decided to read a few news highlights before I started. This was when I noticed a story in the Lexington Herald Leader quoting Gov. Matt Bevin and watched a video on another site not usually friendly to the Governor. It was nice seeing him with friends enjoying the day with other Kentuckians and our Kentucky media sharing the experience.

Only time will tell how long this cooperative attitude will last but for me, it is nice to know of one thing bigger than politics: Mother Nature.