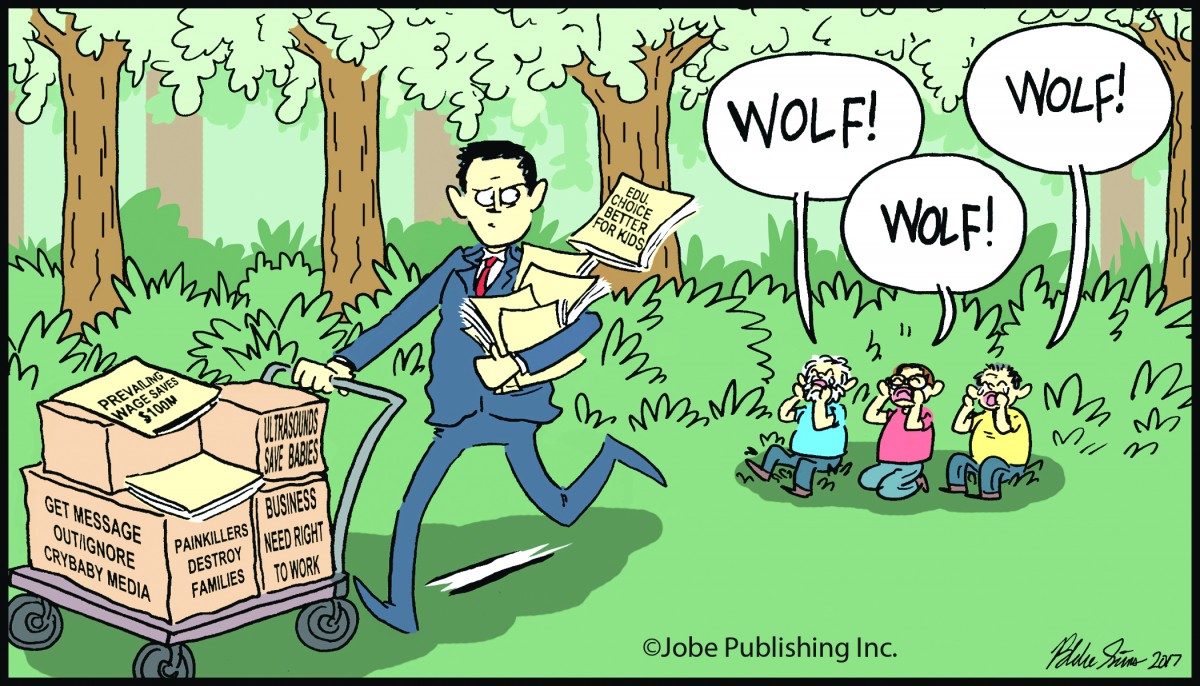 Without a doubt, Kentucky voters made it known they wanted change when they went to the polls in November 2016. They put control of the House of Representatives in the hands of Republicans for the first time in almost 100 years.

This was no slight shift in power but instead a strong change of direction. Giving control to Republicans in both the Senate and House makes it so clear to most of us that Kentucky was tired of the failed policies of the past.

Because of this Republican super-majority Governor Matt Bevin, Senate President Robert Stivers and Speaker of the House Jeff Hoover introduced, and rallied not only their caucuses but the occasional conservative Democrat to pass legislation that had been held down or hidden from votes by special interests for years.

With more than 130 bills being passed into law in a single session is a grand accomplishment itself, but this Republican controlled legislative body flexed its muscle by passing seven pieces of legislation near and dear to the hearts of most every conservative in Kentucky.

In a single week, Governor Matt Bevin signed into law right-to-work, the ultra-sound bill, legislative pension transparency bill, a ban on abortions after 20 weeks, preventing unions from collecting dues without written consent by an employee, and the restructuring of the University of Louisville Board.

One would think that with Kentucky Republicans getting most everything they wanted that the few extreme liberals pontificating on Kentucky politics could find something to write about and keep their focus from becoming personal, but that isn’t the case. They would rather promote and befriend political groups who file lawsuit after lawsuit over the governor exercising his authority, the same authority used by other governors to replace boards we have now come to realize desperately needed to be changed.

These same few invade and harass his family’s privacy for simply moving into a new home and after they find out this too was not as they had editorialized and spun news on dozens of front pages. Al Cross, an associate professor for the UK Rural Journalism Department, shared in a tweet, “if you look at it, had the Governor not complained so much, it might not have been nearly as visible as it was.”

I am a supporter of free speech and fight each session to help keep open meeting and public awareness policies in place but there comes a time when all good men must look at the intent of something written instead of the words themselves.

Free speech is not protected so individuals can defame you, assault your family in print for months on page one with 42-point headlines, and 20 column inch photos above the fold – simply because they really, really liked Jack Conway.

The intent of the open meetings law is to make sure our government business is not conducted in secret (like pay to play and no bid/good ole boy contracts) and the only rights we media people have are the same as any citizen. No man’s personal home inspection is anyone else’s business and certainly doesn’t open his home to 4.4 million Kentuckians.

Of course, crying wolf time and time again will take its toll on any man’s reputation but what hurts most is our state’s largest newspaper, another group of small daily papers and our largest university’s Rural Journalism department have individuals doing all they can to ignore the good this historical session has done for Kentucky.