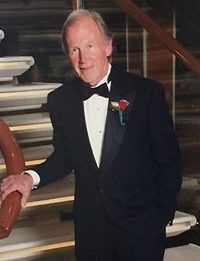 An accomplished businessman, he was owner of American Materials Incorporated, a regional warehousing and distribution center for selected business entities, and was involved in numerous other business endeavors throughout the years. He served as Secretary of Finance and Administration for the Commonwealth of Kentucky during the term of Gov. Wallace Wilkinson; he developed the Park Royal Psychiatric Hospital in Ft. Myers, FL; he was a farmer; and he was a lifelong member of the First Christian Church of Glasgow.

Alternate expressions of sympathy may take the form of donations to Community Medical Care or to The Foster Care Council.