On August 1, 1956, the Kentucky Turnpike, stretching 39 miles from Louisville to Elizabethtown, opened as the first section of a future interstate highway connecting the Great Lakes to the Gulf of Mexico.  Under construction for just under two years, the modern roadway cost $33.2 million.

The road was marked with the Kentucky Turnpike logo featuring the Kentucky Cardinal until the toll plazas were removed in the summer of 1975.  By Kentucky statute, tolls must be removed from a roadway when the original construction bonds were paid off, a feat that was accomplished 19 years ahead of schedule thanks to the popularity of the road.

Two toll plazas punctuated the modern motorway.  One was at the intersection of the Outer Loop at Shepherdsville in Bullitt County while the second was located at the Lebanon Junction exit near Elizabethtown. Travelers paid a quarter or a dime, depending on the toll booth and whether they were exiting the turnpike; trucks were assessed 10-cents per axle for their toll. 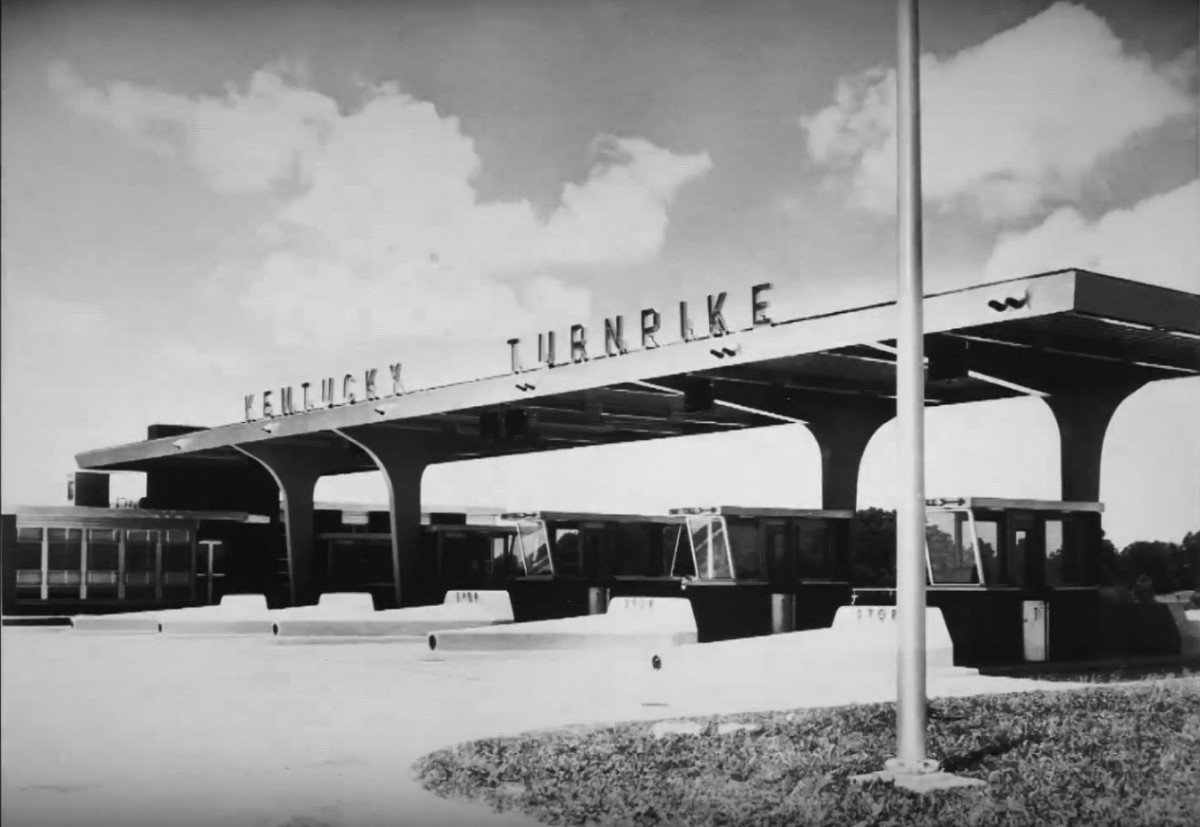 One of the toll plazas on the 39-mile long Kentucky Turnpike, predecessor of Interstate 65.

Among the unique features of the Kentucky Turnpike were rest areas situated between the northbound and southbound lanes so that travelers from both directions could pause their journey long enough to fill up with gas and have their automobile’s windshield cleaned and tires checked by trusty service station attendants.

For a special treat, travelers could have a meal at the Glass House Restaurant.  Large glass windows gave interesting views of the scenic Kentucky knobs as traffic whizzed by with natural light flooding the restaurant’s interior.  Moving throughout the dining room were waitresses outfitted in crisp white uniforms, black aprons, and a bow hairpiece that set the tone of restaurant.  The Shepherdsville location also offered overnight lodging at the Bluegrass Lo 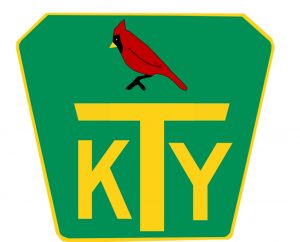 The rest plazas were made possible because toll roads were exempt from the prohibition of commercialism on the rights-of-way of interstate highways.  With the tolls removed and the c 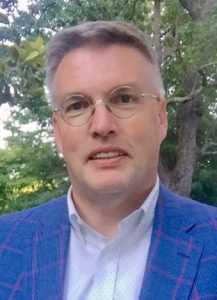 onnection of Interstate Highway 65 at the north and south ends, the Kentucky Turnpike became part of the federal interstate system.  Eventually, the rest plazas were removed and today there is little evidence of their existence due to the expansion of I-65 that removed the original trumpet interchanges, replacing them with modern diamond interchanges.