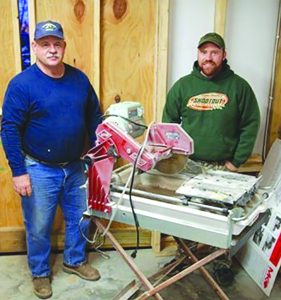 MONROE COUNTY marble maker Timmy Walden, left, and his son Ben who is honing his skills in the art.

Tompkinsville native Timmy Walden, a local marble maker, has been selected as the Kentucky Arts Council’s featured artist for July and August.

The tradition of marble shooting in Monroe County is as old as the county itself, and Walden is a man who knows a thing or two about both his artistry and the game.

“The community includes marble players and marble makers. We depend on one another, and several of us do both. There are not as many marble makers today, so it is important to teach the craft in order to perpetuate the tradition and keep it from dying,” said Walden.

Last year, Walden was recognized for keeping the tradition alive, when the Kentucky Arts Council recognized him as a master traditional artist and awarded him a Folk and Traditional Arts Apprenticeship grant to teach the heritage and practice of marble making to an apprentice, his 25-year-old son Ben.

The game of marbles dates back to prehistoric times, but Walden is most interested in preserving its local heritage.
“Where we live in south central Kentucky, two marble games have been passed down for generations: Rolley Hole and Tennessee Square. Both are strategic team games played by adults. We have fun but we also take the games seriously, like some people are about playing golf or shooting pool,” Walden said.

He uses his knowledge of and passion for these two beloved games to perfect the marbles he makes.

“Over the years, we have figured out how to make marbles that suit these games perfectly. There is a long history, from finding a small round rock to call a marble, to rounding the rock using a tool called a whirly jig, and later hammering or chipping with a file,” said Walden.

Modern times, however, call for modern measures and these days power tools are also incorporated in with older methods.

To a layman, most marbles look alike, but not to an expert like Walden and his comrades.
“The look of the marble is important,” he said.

“Players look for a precisely round marble, a strong one, that won’t break on impact and that has few or no blemishes. Most of my customers are in Kentucky and Tennessee, but some come from as far as Utah, Texas, New Jersey, Missouri and Georgia, just to watch me make them a handmade marble from Kentucky rocks.”

To learn more about his work, contact Tom Musgrave at the Kentucky Arts Council.

A word from the writer: I believe every person and place has at least one story in them, and I love helping them share their stories in their own words, with the people of South Central Kentucky.
If you have or know someone who has a story to share in Metcalfe or Monroe counties, please email me at jupitermoonsong@yahoo.com 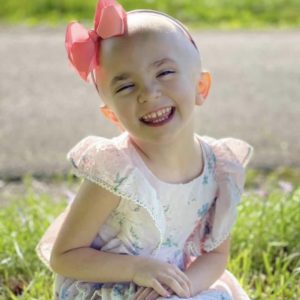