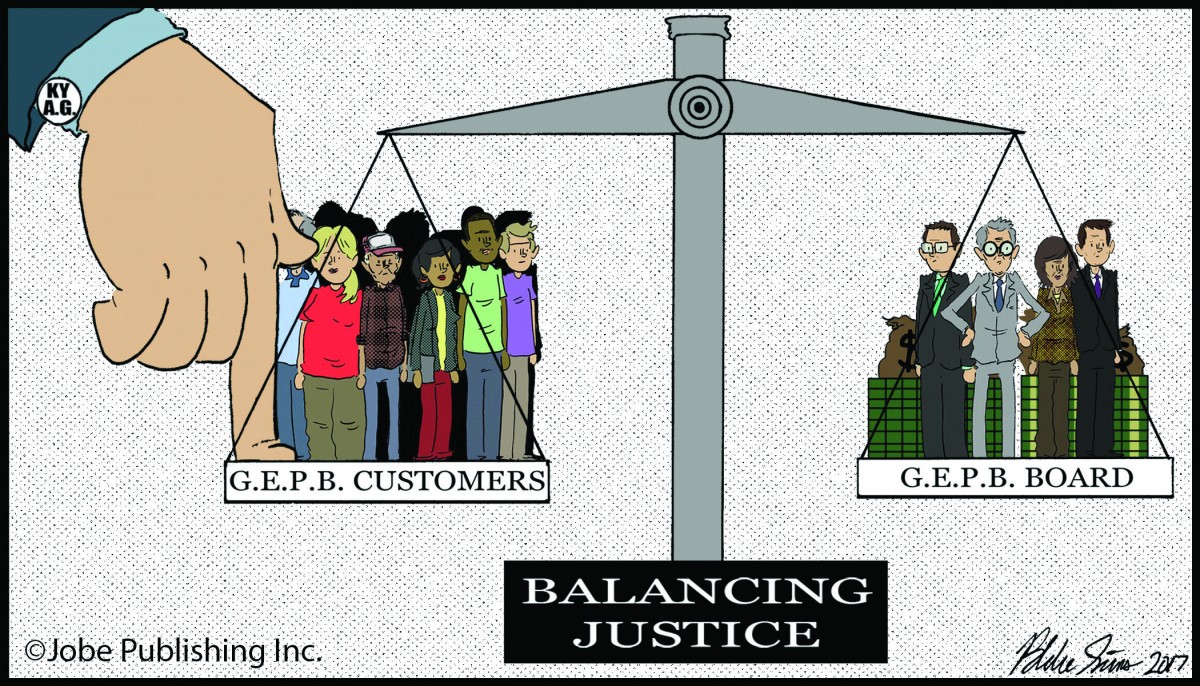 There’s no question that Americans, and quite surely Kentuckians, are increasingly suspicious of government. Our trust in government has been at a terribly low level for several years. This is why all political candidates proclaim they will be a proponent for government accountability and transparency. Transparency is the most cost-effective means of providing accountability known to a free voting society.

If government is allowed to tax and spend without ever quantifying the manner in which they do it, we will surely fail. It is the duty of those in office to not only assure us of their accountability but to keep laws in place as a promise for those who follow to do the same.

Few among us can think of a common cause where Governor Matt Bevin and Attorney General Andy Beshear could find themselves in agreement. However, from where I sit I have seen examples of it being transparency.

Last year Governor Bevin vetoed language that was slipped through the budgeting process several years back that exempted school boards from some public disclosures of expenses and automatically offering employee salaries to newspapers.

Perhaps the biggest challenge for newspaper publishers is to do their job and not just when problems are obvious. We must ask questions and while most of us want to do so with as little intrusion as possible having government agencies providing it routinely removes the potential for misunderstandings, it removes the shadows of doubt because of the unknown, and it offers the public the opportunity to disseminate the uses of their tax dollars.

Governor Bevin’s veto is every bit grounded in the same philosophy in which Attorney General Andy Beshear made a ruling this week.

General Beshear agreed with the need for transparency against the Glasgow Electric Plant Board’s Superintendent Billy Ray, their appointed board members and legal counsel but he introduced a stronger argument for it that I had initially.

It is my understanding of the law that anytime a government agency is awarded public funds they should be transparent about where they spend them. Those mentioned above provided me with the names and amounts of the grant funding with contractors but omitted the names of the actual SET participants who were the recipients of the $7M program.

My argument was based on the public’s rights to disseminate the value for themselves of government programs and it cannot be done without full disclosure. It was agreed that withholding names offers little if anything for the purpose of accountability. Attempts to spin, as in Superintendent Ray’s letter to SET participants, that accountability can be obtained without it or some grandiose idea that government holds itself accountable is insulting to me and all citizens and triggers a hint of coverup to a large part of the our population.

The official ruling states that the public’s interest is substantial while providing the name of individuals who received these benefits is minimal with regard to privacy.

This alone made my point but General Beshear and his staff went further by saying the public’s interest is heightened because the Superintendent himself benefited from the SET project and I agree.

I further agree that disclosure will tell us as much about where these grant funds went and the manner in which they were spent as it does with how the EPB has managed the trust it has been bestowed to assure all was done in accordance with the grant itself and our laws.