In an opinion by the Office of the Kentucky Attorney General released Monday, the Glasgow Electric Plant Board violated the Kentucky Open Records Act when it withheld the names of participants in the SET program from Publisher Jeff Jobe.  The 11-page opinion addresses a number of arguments about the legality of the utility company refusing to reveal 350 names of Glasgow EPB customers who agreed to participate in the research program. 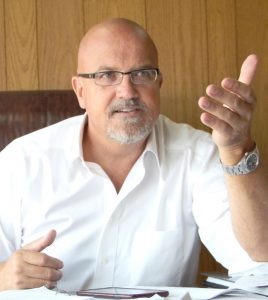 Jobe said he was pleased by the opinion because it assures the public that disclosure and transparency by public agencies is essential.  “I filed the original open records request because I understood a private citizen had asked for this information earlier and had been denied,” Jobe explained.

“Every question I asked was to better understand Infotricity so I could share it with our readers.  In asking those questions, I found Mr. Ray deceptive in his explanations,” Jobe said of his efforts in obtaining full disclosure of where $7.4 million was spent and who benefitted from upgrades to their homes.

The Smart Energy Technologies (SET) project is a research initiative of the Tennessee Valley Authority (TVA) in cooperation with local power companies.  According to a 2015 TVA press release the project’s goal is “to reduce emissions by managing, real-time energy demand through integrated technology.”  TVA awarded a $7,430,000 grant to Glasgow EPB as a partner in the project.  Homeowners who agreed to participate in the Glasgow project could have alleged upgrades such as insulation, heating, cooling, and other technologies such as water heaters and home appliances installed in their homes.

An open records request submitted on Jobe’s behalf in May requested information about the SET project, including its financial disbursements and identities of project participants.  While more than 200 pages of documents were released by GEPB, the power company declined to release the participant names.  In response to an appeal filed by Jobe in June, GEPB counsel H. Jefferson Herbert, Jr., stated “all of the information relating to the SET Project … with the sole exception of the names of the participants.” 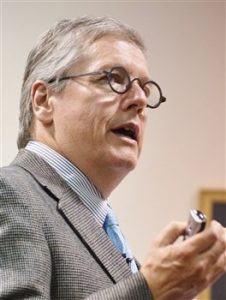 GEPB Superintendent Billy Ray wrote in a June 8 letter to Jobe, “the only information we have withheld is Personally Identifiable Information (PII) which would tie property owners to the work order numbers for each participant site…”  Ray cited an exemption found in Kentucky Revised Statutes as the basis for his denial of the names.  Ray further noted what he described as “four layers of privacy requirements dictated by TVA to Glasgow EPB.”

Jobe appealed the Glasgow EPB’s decision not to release the names on June 12.

Glasgow EPB claimed that “Jobe’s request was insufficiently specific.”  The Attorney General’s office concluded that “in this case, Mr. Jobe alluded to ‘5 pages of data regarding numbers and amounts charged with each of these customers’ and the EPB by its own admission had already located records containing all the requested information, withholding only the names of the property owners.  Accordingly, we do not find that Mr. Jobe’s follow-up request was insufficiently precise under KRS61.872(3)(b).”

Regarding the contract between TVA and Glasgow EPB regarding the SET project, the Attorney General’s office noted that “Contractor agrees not to divulge to third parties, without prior written consent of TVA, any information that a prudent business person would consider sensitive or which is designated by TVA as proprietary or confidential.”  The opinion concluded that “there is still no indication that TVA has designated the names of property owners as ‘proprietary or confidential.’”

With regard to the previously-mentioned “four layers of privacy requirements,” the Attorney General’s office noted that the end of Item 9 of the contract executed by the property owners / participants and relating to privacy, states, “except as required by law.”

Citing case law from the Kentucky Court of Appeals, the Attorney General’s office noted “at its most basic level, the purpose of disclosure focuses on the citizens’ right to be informed as to what their government is doing.”  The attorneys opined that “the selection of individual property owners to receive technological upgrades to their homes is a matter that does reveal important information about Glasgow EPB’s own conduct.”

The attorneys further noted that an individual selected as a participant in the SET project did not reveal “invasive details, such as health or financial information, but only whether a benefit was conferred on that person with TVA funds.  Therefore, the invasion of privacy from disclosing names is minimal.”

Further, the assurances of anonymity by the Glasgow EPB included a qualification that the information could be disclosed as required by law.  The opinion concluded, “the privacy interest is not significant.”

Jobe contended in his appeal that Superintendent Billy Ray was one of the property owners benefitting from participation in the SET project.  The Attorney General opined that Jobe’s “uncontested allegation” not only heightened public interest in the disclosure of the names of all SET project participants, but it outweighed minimal privacy interest as referenced in Kentucky Revised Statute.

“I think his [Superintendent Billy Ray] board will see that the Attorney General has concluded that they are in violation of the Open Records Act.  Hopefully, they will want to disclose the information.  If not, maybe there is something they don’t want people to see.  I would hope that the board would want to honor the community they serve,” Jobe said after reviewing the opinion.  “I’m pleased the Attorney General shared the opinion that transparency is of utmost importance.”

The Glasgow EPB can appeal the Attorney General’s opinion by initiating action in circuit court.