William Augustus, the Duke of Cumberland

July 23, 1966 – the only national forest entirely within Kentucky’s boundary was renamed Daniel Boone National Forest. In 1937 about 1,338,214 acres was originally named Cumberland National Forest which led to nearly 30 years of debate after Kentuckians living in the region objected to the name. The federal government finally discovered why locals found the name “Cumberland” distasteful.

In 1750, Thomas Walker came into the area and named the Cumberland River in honor of Prince William Augustus, the Duke of Cumberland; numerous other natural features such as Cumberland Mountain and the Cumberland Valley were also given the name. However, in 1746 the English Duke had delivered a terrible defeat to the Scottish Highlanders in the Battle of Culloden Moor in Inverness. Nicknamed “Butcher Cumberland,” the Duke not only won the battle in which about 1,000 Scots were killed, he ordered his troops to scour the battlefield for wounded soldiers and stab to death any survivors. When Cumberland realized a wounded soldier at his feet was one of the opposition, he instructed a major to shoot him and when he refused he commanded a private soldier to kill him.

The Duke then spent three months on what he called “pacification” of the area during which he rounded up some 3,500 “rebels,” executing at least 120 of them, burning the settlements in which they lived, and confiscating their livestock. The women were imprisoned and hundreds of others were sent by ship to London for a trial but many died during the 8-month journey. His opponents referred to him as “The Butcher” while British supporters nicknamed him “Sweet William.”  Back in England, a service of thanksgiving was held at St. Paul’s Cathedral which included the first performance of Handel’s oratorio, Judas Maccabaeus, composed especially for Cumberland and which contains the anthem, “See the Conquering Hero Comes.”

Because of the Duke of Cumberland, many Scottish families left their homeland for America, eventually settling in Kentucky. To descendants of these families, a name reminding them of their defeat was terribly unpopular. History shows that while early explorers gave names to places well before the American Revolution, the veterans of the War for Independence came to Kentucky to claim land grants for their service and many place names with British connections were changed. One of the notable examples being the Louisa River (also known as Levisa Fork) which had been named in honor of the Duke of Cumberland’s wife was changed to the Kentucky River.

In 1966, the Kentucky Senate passed a resolution urging the U.S. Forest Service to change the name of the forest to Daniel Boone National Forest. President Lyndon B. Johnson officially renamed the forest a few months later. Today, the forest encompasses 2,100,000 acres.

David C. McCullogh’s quote, “History is a guide to navigation in perilous times. History is who we are and why we are the way we are,” reminds us that tales such as the Duke of Cumberland’s continue to influence us. 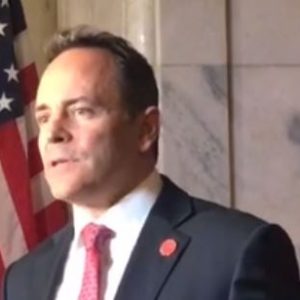