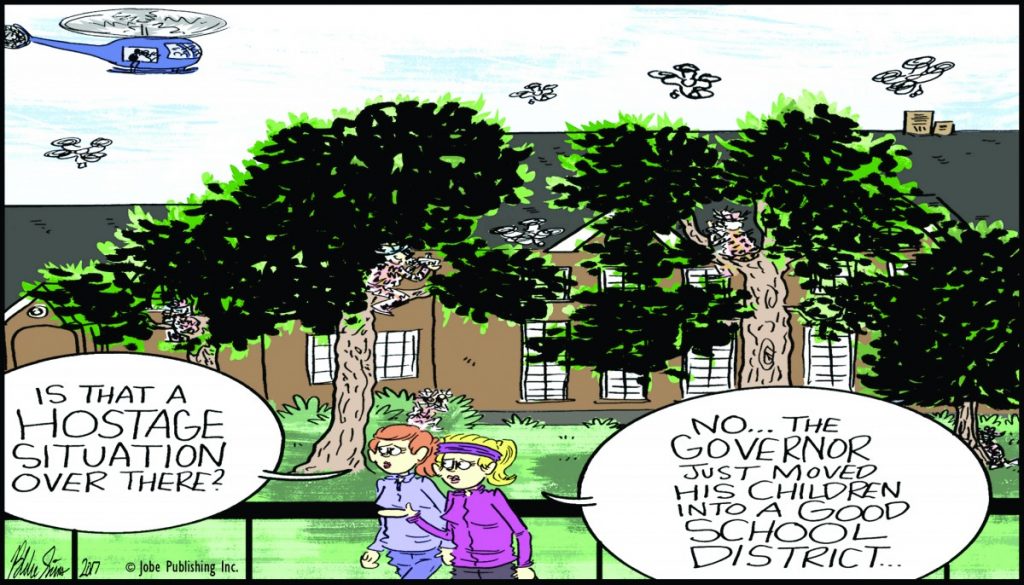 It is a beautiful older community on the east side and considered a suburb of Louisville. It has a very small business district, and a limited number of older estate-type homes, and preserved historic churches and other buildings. It could be the most high-priced real estate within a stone’s throw of a railroad track. I remember thinking I grew up on a railroad track in north-eastern Kentucky and you could buy my entire town for what one of the large farms might cost in Anchorage.

My children’s grandfather, Don Lorenz, was a U.K. trained engineer who became a developer after establishing his own engineering firm. A strong, confident man who probably developed more land in Anchorage than any during his tenure.

With all the hoopla going on about Anchorage lately, I can’t help but think of him. He taught me a lot about business, and co-signed the initial purchases of Jobe Publishing. I will forever appreciate the confidence and support he gave me and my family.

When I worked at the Courier Journal and Louisville Times Company I had a pretty flexible schedule so I got my Real Estate license and actually assisted him a few times as he inspected his next purchase or did surveying on various properties.

It was not uncommon for him as a developer to do exactly what some writers at the Courier-Journal seem to be going nuts over. Don would buy a farm or an estate-type piece of property with an older home, sell off the home for a large portion of the full sale price, then subdivide the remaining land into lots or keep them for a later sale. Often this will remove the land from the plethora of restrictions geared to honor the community heritage and staying with the home gives the land an enhanced value.

The value of property in Anchorage is not unlike many locations around the world and in the United States. Take Key West, Florida as an example, it is not uncommon for a perfectly good home to be purchased and completely leveled and a new one built in its place. Or perhaps let’s consider this example. Say a double lot was purchased for $700,000 with a small home; the lucky purchaser may sell the home and one lot for $450,000 and he would have a lot to build on for only $250,000. He then could spend $400,000 to build a new home and in two years sell it for $1,000,000. At the end of these transactions he will have made $350,000.

However, in today’s desperate liberal media if it just happened to be a Republican Governor who purchased the home and a small portion of land for the $450,000; he and the developer could be slammed with barrels of ink describing this normal business transaction in real world real estate as unscrupulous or questionable or even unethical behavior.

If you want to have some real fun, pick up the phone and ask any trustworthy real estate developer if he could get a home to appraise for 20% more or less if he had a good buyer and it was needed. They will say, “of course.”

Heck the home I live in today had an appraisal done 10 years ago by the former owner for $150,000 more than I paid for it. Guess what, he did business with me and I am comfortable he voted for me as well. Neither are criminal acts now or would have been even if I had won that election.

It is also not at all uncommon for accountants to place value on portions of land when dealing with company purchases. I’m comfortable I will never realize the value placed on several pieces of real estate I have purchased over the years. Yet because they were bundled inside corporations or newspaper operations both the seller and the buyer are happy because the bottom line purchase price was met. Stripping away any single aspect of an overall business agreement and pretending to balance its value alone is naive or blatantly misleading. Both are extremely dangerous because families and reputations could be destroyed.

I’m not familiar with the specifics of Governor Bevin’s home purchase, I simply know the arguments being made about appraisals and estimates for true value of a home cut off an original estate is not even near what some are trying to make their readers believe.

For those of you who might want to understand perhaps another strong buying incentive for Anchorage; I suggest Googling the Anchorage School system and taking a drive through the neighborhood. They have been a top ranked educational system if not the top rated education in Kentucky for 50 years or more and because of the growth of old beautiful manicured trees and long off the road driveways I’m comfortable it is a safe location for a large family.

I contend, Gov. and Mrs. Bevin want nothing more than we all want: a good education for their children and a safe environment to raise them and there are few better than what can be obtained in Anchorage, Kentucky.