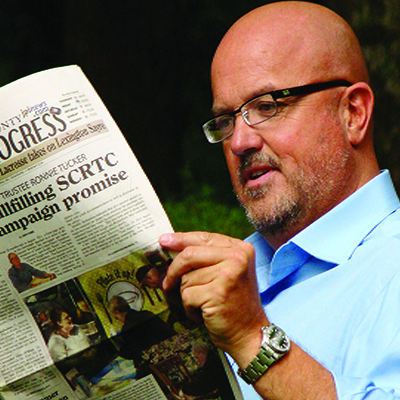 I am amazed at how easy my job is when it comes to writing commentaries. It is easy for the most part because most of the time I share the same opinion on certain issues as most my readers.

My critics will say that I am pandering to my market and seem to think I do this on purpose but this is not true at all – I happen to simply share the same views. One could argue that I share these views possibly because we have all grown up in the same schools, go to the same churches and live our lives in the same small communities. Of course, this has an impact on all of our thoughts and surely my opinions as well. However, what is not readily known is that much of my early career inside the newspaper industry came from working for larger newspapers in much larger cities such as Louisville, Rochester, New York and in the suburbs of Cleveland, Ohio. 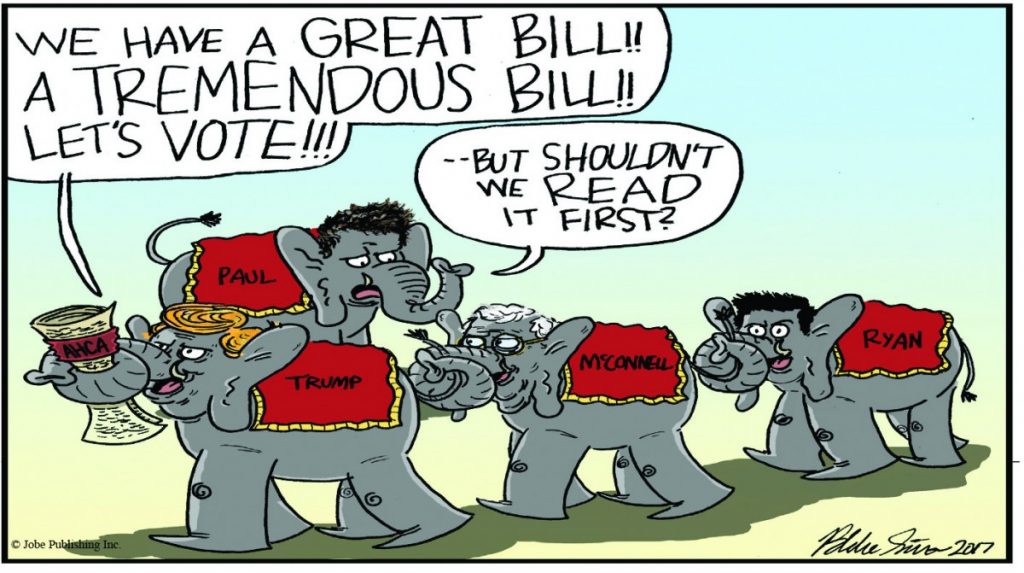 On the surface, one would think these larger cities and larger newspapers would have a big influence on my views but instead they helped ground me in my defense of who we are here in South Central Kentucky and the views we embrace.

A few weeks ago I laughed when I read commentary after commentary about how President Donald Trump had failed at keeping a campaign promise of reforming the Affordable Care Act and the vote was gone for 2017. I was so amused I chose to pontificate on how I was certain the vote was not gone and would be back very soon.

I am not upset that a legislator wishes to wait and read a bill before he signs it, and furthermore I am okay with one who stands alone as Senator Rand Paul did in making sure it gets some of the changes he is passionate about included.

As a country we have seen clear examples of what happens when either side of the aisle lines up without reading a bill before it is signed. Few states have witnessed this more than Kentucky. Over the past 8 years we had most any regulation, law, or bill pushed onto us without the slightest thought to the affects simply because it is what the President Barack Obama administration wanted and Governor Steve Beshear made it happen. Our educational system, business climate, and long-term costs were pushed down the road as we were being used as guinea pigs for untested programs.

While other Republican Congressmen and Senators seemed to line up, our own Senator Rand Paul stood his ground and because he did, the healthcare bill and all taxpayers will be better for it.

What President Trump is learning just as the Presidents before him is that trying to get 100 legislators to come to some agreement on any issue is like herding cats. A difficult task indeed but fortunately herding elephants is a whole lot easier.

What President Trump seems to realize even though my liberal friends in the media can’t seem to grasp is these elephants need to keep their promises or they will find challengers in primary elections who promises they will. Few Republicans are worried about Democrats beating them, their chances for defeat is far greater if they vote the wrong way on this specific bill. It is hurting the states where the voters who elected them live and if it is not addressed many state governments will be destroyed.

I will leave you with this thought. Would it not stand to good, sound reason that if headlines said a few weeks ago, “Trump Fails” when not getting a vote on replacing Obamacare, that when he does the headlines should read, “Trump Succeeds”?

I believe our readers know the only likelihood of reading these headlines is on the pages of the local Jobe Publishing newspaper.